A senior official with the World Economic Forum says Canada should be talking about more important things than conspiracy theories targeting his organization.

Adrian Monck, managing director of the WEF, also argues that politicians espousing those theories should ask themselves whether they’re spreading disinformation coming from bad actors.

“Canada should be talking about a lot of things right now. It shouldn’t really be talking about the World Economic Forum based here in Geneva,” Monck told CBC Radio’s The House in an interview airing Saturday. “You know, there are bigger issues, really, for it to be thinking about.”

In the course of the global COVID-19 pandemic, the WEF has become a popular target for conspiracy theorists.

It began when an opinion article published in 2016 on the WEF’s website — entitled “Welcome to 2030. I own nothing, have no privacy, and life has never been better” and intended, its author says, as “a discussion about some of the pros and cons of the current technological development” — started getting attention in 2020, after WEF founder and chairman Klaus Schwab wrote his own opinion piece arguing for something he called “the great reset.”

These opinion pieces represent two of a number of diverse viewpoints the WEF commissions and publishes, Monck said.

The “great reset” has since morphed into a conspiracy theory claiming that a cabal of global elites is planning to remake society to eliminate private property and impose an authoritarian global government.

Monck said the “great reset” is really just an idea that grew out of the pandemic, when world governments were pouring billions of dollars into keeping the economy afloat.

“The idea was that we should also try and suggest to people that they think about spending it on the kind of long-term things that would aid climate change combating, that would help jobs re-skilling and all the kinds of bigger, long-term challenges,” he told Catherine Cullen, host of CBC Radio’s The House.

“One of the things our organization tries to do is say to people, ‘Look beyond the one week, three months and think about maybe some of the longer term things you could be doing.’ That was what the great reset was aimed to do back in the summer of 2020.”

“Concerns about ‘the great reset,’ the World Economic Forum and the apparent plan to turn Canada into a communist state is one of the underlying conspiracy theories that motivated some of the protesters who have participated in the truckers protest recently disbanded in Ottawa,” she wrote. “It is an increasingly mainstream assumption in Conservative circles.”

Monck said that, during the pandemic, the WEF became aware that it was being targeted by state-sponsored disinformation campaigns. He said the false conspiracy theory about the WEF pursuing a ‘new world order’ borrows its structure from old antisemitic claims about a Jewish plan for global domination.

“It really was something that was picked up by some state-sponsored disinformation actors and it took on a life of its own in some geographies,” Monck said.

“Sadly, Canada was one of those places where … there’s a vulnerability to disinformation. It’s an open society. And … that particular strand of disinformation went into the mainstream.”

Monck said conspiracy theories about the “great reset” and the WEF are being driven by disinformation agents and politicians should consider where these theories are coming from before espousing them.

“I admire anyone who makes the decision to devote their lives to public life,” he said. “It’s not an easy road, but I do think politicians of every single stamp need to look very hard at the language that they use and where some of this stuff comes from, and if it’s coming from a space of … disinformation and in particular antisemitism.

Monck said the WEF does not prescribe policy but rather acts as a forum for exchanging ideas.

Still, the forum has drawn some strong political criticism.

Last week, Conservative leadership candidate Pierre Poilievre told a crowd of applauding supporters that, as prime minister, he would ban cabinet ministers from attending “that big fancy conference of billionaires with the World Economic Forum” and vowed to remove them from cabinet should they attend.

Adrian Monck, a managing director at the World Economic Forum, discusses the origins of how his organization has become the target of widespread conspiracy theories.

The WEF hosts a conference in Davos, Switzerland, every January where business leaders and politicians from around the world gather to exchange ideas. Both Prime Minister Justin Trudeau and former prime minister Stephen Harper — who endorsed Poilievre for the Conservative leadership — have attended the conference twice.

When Harper attended the conference in 2012, he gave a speech describing the WEF as “an indispensable part of the global conversation among leaders in politics, business and civil society” and said that “in the face of continuing global economic instability, the opportunity this gathering provides is now more valuable than ever.”

Monck said Poilievre’s decision to paint the WEF as he has is confusing.

“I don’t know where he differs in his analysis from, say, Stephen Harper,” he said. “We’re not an advocate on behalf of any particular political viewpoint. We try and remain impartial and neutral.

“We don’t stand for big, small, middle-sized governments. We deal with governments of every single stripe … so I don’t really understand where that particular analysis is coming from.”

In a statement issued to CBC News, Poilievre said the annual WEF meeting in Davos “is a hypocritical gathering of billionaires, multinationals and powerful politicians” who “lecture working class people to stop buying gasoline.”

“There is no apparent benefit to Canadians in being involved in it. Canadian taxpayers should not need to pay to send government leaders to attend such a meeting,” Poilievre said in the statement. “Rather, ministers should put their full attention to serving everyday people in Canadian communities.”

Danielle Smith, a leading candidate to replace outgoing Alberta Premier Jason Kenney in the United Conservative Party leadership, has also criticized the WEF. She described it as a group of “anti-democratic elites” who have been attacking Alberta for years and want Canadians to “own nothing and be happy.”

Tire makers are adapting their business for the EV revolution

Mon Sep 5 , 2022
All corners of the auto industry are catching on as more and more buyers prefer electric vehicles. The latest news comes from leading tire maker Goodyear, as the company reveals its plans to further support the EV market. You may recognize the name Goodyear from its wide selection of tires […] 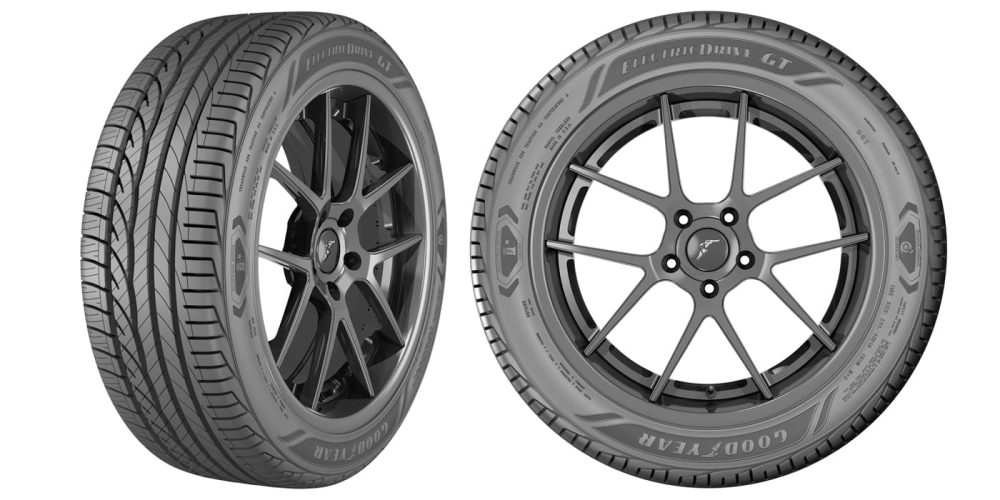