If your property insurer happens to be Universal Insurance Company of North America, check your mailbox: You may have a cancellation letter waiting there for you.

Universal is one of three Florida-based insurance companies that are canceling or not renewing more than 53,000 property policies as of June, just before the 2021 hurricane season begins. The other two carriers shedding customers before stormy weather arrives are Southern Fidelity Insurance Company and Gulfstream Property and Casualty Insurance Company, neither of which insures homes in South Florida.

In its filing to the Florida Office of Insurance Regulation dated May 6, Universal states it is canceling 13,294 policies out of its total 57,000 Florida policies due to yearly losses of $4.1 million in 2019 and $22.5 million in 2020. The company also insures homes in 12 other states.

Listen to today’s top stories from the Miami Herald:

Florida statute Chapter 224 Part III allows insurers to cancel policies when the company would be placed in a hazardous financial situation due to an uptick in claims after hurricane damage or attorney’s fees to defend itself over fraudulent adjuster claims.

The company is planning to merge with the Texas-based Universal North America Insurance Company, which reported a surplus of $61,525,164 as of December 2020.

Neither Southern Fidelity nor Gulfstream write policies in South Florida..

Dulce Suarez-Resnick, past president of the Latin American Association of Insurance Agencies, said this kind of widespread cancellation is common after subsequent years of heightened hurricane activity.

“It’s not the end of the world or that they’re bad companies,” Suarez-Resnick said. “It’s that these companies were weakened by prior storms and the bill for the reinsurance [financial protection used to limit a company’s financial exposure] got heftier. That’s where we are today.”

Although the state emerged unscathed in 2020, the most active hurricane season on record, insurers are still reeling from the devastating impact of Hurricane Matthew in 2018 and Hurricane Irma in 2017.

Despite these most recent cancellations, other insurers have been returning to South Florida after the mass exodus post-Andrew. Allstate Insurance, for example, is using a subsidiary (known in the industry as “pup companies”) to write condo policies in South Florida again. Other companies such as Geico and AAA are writing condo insurance if customers buy a bundle that includes their auto insurance.

All three Florida insurers cite the same reason for the cancellations. Southern Fidelity, which insures homes north of Orlando, is not renewing 19,600 homeowner policies over the next 14 months in order to avoid a “hazardous financial condition,” according to its filing. Gulfstream, which operates throughout the state except for Miami-Dade, Broward, Palm Beach and Monroe counties, is nixing 20,311 out of its 56,000 Florida policies, citing the threat of a deteriorating financial condition that would reach “an unsustainable level by mid-2021.”

The culprit for the companies’ losses is fraud, said Suarez-Resnick. False claims, such as a roof leak discovered before the two-year deadline on hurricane damage claims has passed; inflated public adjuster charges and attorneys’ fees cost the companies far more than their budgets allowed.

Property insurance rates have risen continually over the past few years. In 2019, the state Legislature passed reforms designed to discourage rate increases by limiting a practice called “assignment of benefits,” in which a homeowner could sign their rights to repair claims over to repair contractors, who had an inherent interest in boosting the tab.

Earlier this month, Florida lawmakers passed a bill limiting legal fees and the period in which a property-damage lawsuit can be filed, and allowing state-backed Citizens Property Insurance Corp. to raise its rates annually by as much as 15%, while other private insurers in the state have boosted rates by 20%. But some consumer advocates claim the insurance industry crisis has been manufactured by the industry.

That’s still less than half of the 1.5 million policies the company carried in 2012, when then-Gov. Rick Scott pushed to “depopulate” Citizens by seeding seven companies with partial funding to take over nearly 300,000 private homeowner and commercial insurance policies.

Of those seven companies, only three are still open, and only one — Olympus Insurance — remains active in South Florida, but only insuring homes built on or after 2010.

“The reinsurance issue will continue for another two years, unless we get hit by another cycle of hurricanes,” Suarez-Resnick said. “What matters most now is figuring out how to reduce fraud, because we will never be able to get rid of it completely. But the real estate market is booming, and if we didn’t have a backstop mechanism in place like Citizens, you couldn’t have home sales. It would kill real estate.”

Rene Rodriguez has worked at the Miami Herald in a variety of roles since 1989. He currently writes for the business desk covering real estate and the city’s affordability crisis.

Fri Jun 4 , 2021
The economy is improving and many COVID-era forbearance periods are coming to an end. What does that mean for your student loans? (iStock) The Federal Reserve recently released its Beige Book report, which showed an uptick in U.S. economic activity in April and May. The Fed described it as a […] 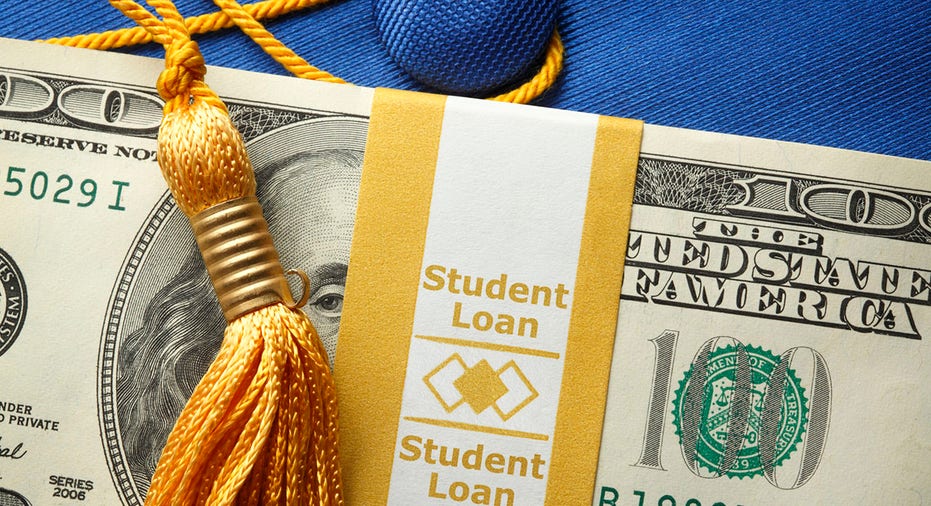