There’s an awful lot of stuff orbiting Earth, with more arriving all the time. More than 29,000 satellites, pieces of rockets and other bits of debris large enough to track from the ground are circling the planet. Smaller items number in the millions. The Californian company SpaceX alone has launched some 1,700 satellites over the past 2 years as part of its Starlink network, which provides broadband Internet, with thousands more planned. Other companies are also planning such megaconstellations, and more and more nations are launching or plan to launch satellites.

This growing congestion is drastically increasing the risk of collisions in space. At the European Space Agency’s operations centre in Darmstadt, Germany, which controls key research spacecraft, hundreds of e-mail alerts arrive each day warning of potential space smash-ups. And, in May, NASA engineers spotted a 5-millimetre-wide hole in one of the International Space Station’s robotic arms, created by a collision with an unknown piece of space junk.

These close calls highlight not only the need to be more thoughtful about what we put into space, but also that it’s well past time the global space community developed a sustainable framework for managing space traffic. Such a move would benefit both the scientists who rely on observations from orbit and humanity as a whole, because satellites are crucial for modern communication and navigation.

History offers some lessons about how to operate safely in newly crowded domains. During the early twentieth century, aviation boomed and pilots ran into congestion in the skies. Air-traffic controllers ultimately developed a system of coordinating between cities and across borders, sharing information about aeroplanes’ locations so that pilots could avoid crashing into one another.

But there are no traffic cops in space, nor international borders with clearly delineated areas of responsibility. To avoid further damage, it’s crucial that satellite operators have an accurate and up-to-date list of where objects are in space. At present, the main global catalogue of space objects is published at Space-Track.org by the US Space Command, a branch of the military. The catalogue is the most widely used public listing available, but it lacks some satellites that countries — including the United States, China and Russia — have not acknowledged publicly. In part because of this lack of transparency, other nations also track space objects, and some private companies maintain commercially available catalogues.

Rather than this patchwork of incomplete sources, what the world needs is a unified system of space traffic management. Through this, spacefaring nations and companies could agree to share more of their tracking data and cooperate to make space safer. This might require the creation of a new global regime, such as an international convention, through which rules and technical standards could be organized. One analogy is the International Telecommunication Union, the United Nations agency that coordinates global telecommunications issues such as who can transmit in which parts of the radio spectrum.

It won’t be easy to create such a system for space traffic. For it to succeed, questions of safety (such as avoiding smashing up a satellite) will need to be disentangled from questions of security (such as whether that satellite is spying on another nation) so that countries can be assured that participating in such an effort would not compromise national security. Countries could, for instance, share information about the location of a satellite without sharing details of its capabilities or purpose for being in space.

One near-term move that would help would be for the United States to complete a planned shift of responsibility for the Space-Track.org catalogue from the military to the civilian Department of Commerce. Because this catalogue has historically been the most widely used around the world, shifting it to a civilian agency could start to defuse geopolitical tensions and so improve global efforts to manage space debris. It might one day feed into a global space-traffic agreement between nations; even the nascent space superpower China would have a big incentive to participate, despite rivalries with the United States. The transition was called for in a 2018 US presidential directive that recognizes that companies are taking over from national governments as the dominant players in space, but it has yet to occur, in part because Congress has not allocated the necessary funds.

On 25 August, the UN Committee on the Peaceful Uses of Outer Space will meet to discuss a range of topics related to international cooperation in space. The UN is the right forum through which spacefaring nations can work together to establish norms for responsible space behaviour, and that should include how the world can track objects to make space safer. It should continue recent work it has been doing emphasizing space as a secure and sustainable environment, which at least brings countries such as the United States and China into the same conversation.

Basic research has a role, too: innovations such as techniques to track and display the locations of orbiting objects in real time, and artificial intelligence to help automate debris-avoidance manoeuvres, could bolster any global effort to monitor and regulate space.

If governments and companies around the world do not take urgent action to work together to make space safer, they will one day face a catastrophic collision that knocks out one or more satellites key to their safety, economic well-being or both. Space is a global commons and a global resource. A global organization responsible for — and capable of — managing the flow of space traffic is long overdue.

Sat Aug 14 , 2021
QBE Insurance Group Limited has published its interim results for the half year ended June 30 (1H21), and the Sydney-headquartered global insurer is the bearer of good news. From 1H20’s $712 million net loss after tax, the group bounced back to a statutory net profit after tax of $441 million […] 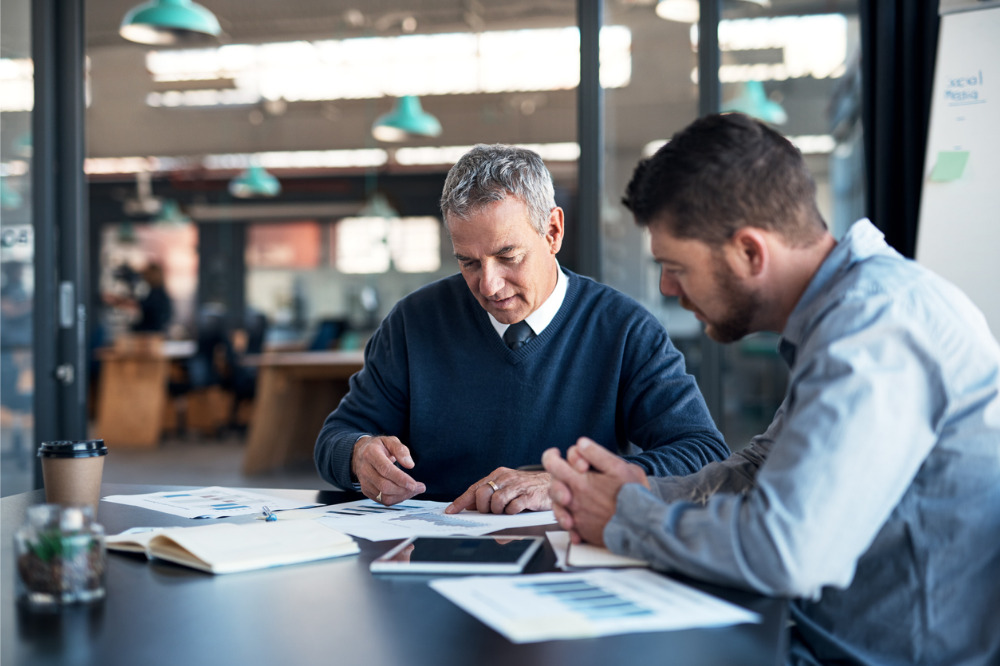