I’ve been lucky to have this column — I grew up reading my way through the stacks at the Richland County Public Library and never gave a moment’s thought to the timing of new book releases. These reviews have afforded me the privilege of enjoying many stories set in and around the time they are let out into the world. As suggested by the title, Hannah Reynolds’s The Summer of Lost Letters is very much a summer book, set in late June and loaded with fat hydrangeas, sparkling water, and sizzling hot days.

In the first scene, 17-year-old Abby Shoenberg receives a delivery of personal items from the home where her grandmother died. Inside the box are a bundle of exceptionally romantic letters from a mysterious young man named “E,” referencing both a love affair and an entire childhood. All Abby and her mother had known until that moment was that O’ma had been sent to live with a family in America when she was 4, by German Jewish parents who perished in the Holocaust.

After some quick online research, astute Abby discovers that E is Edward Barbanel, a very wealthy man and owner of an estate on Nantucket called Golden Doors. Things escalate quickly, with Abby finding the letters, announcing her intention to work a summer job on Nantucket (with the express purpose of discovering more about Edward and her O’ma), actually going to the island, and finding a diverse group of new friends (who plan Abby’s first clandestine meeting with the Barbanel family) all in the first two chapters.

Thankfully, things slow down a bit when Abby runs into Noah Barbanel during her “break-in.” The teenage grandson of Edward Barbanel is only a year older than Abby, with strong emotional ties to his family that he refuses to betray. Abby pleads her case, admitting her quest to discover more about her O’ma — and a missing necklace mentioned in the letters — with an eye to writing a college-scholarship-worthy essay about the pursuit.

In the end, Noah caves: He’s Jewish too, and he can’t deny Abby the search for more information about a personal history cut short by the Holocaust. But he asks that they work together to uncover what they can, without involving his own still-living grandparents. He refuses to start damaging rumors about Edward Barbanel’s past. If Edward truly had an affair with Abby’s grandmother fifty years ago, it might break Noah’s grandmother’s heart in the here-and-now. Noah’s family’s reputation means everything to him; he refuses to start any damaging rumors about his grandfather’s past.

And when they do, we the readers get sucked into a deeply and wonderfully romantic story of two young people with a complicated, intertwined past — because, of course, it would be impossible for these two wonderful characters to discover more about O’ma without discovering more about each other.

‘The Summer of Lost Letters’ is a book that tackles serious historical issues, issues that carry the plot along like a rip tide, without ever being cumbersome.

In the process of sleuthing, Abby and Noah learn about the American version of Europe’s Kindertransport and the One Thousand Children who were adopted from Nazi Germany into American families in the late 1930’s. Abby emails Holocaust museums and small towns in Europe, determined to get to the bottom of O’ma’s origins, with or without the support of the stubborn Barbanels.

The Summer of Lost Letters is a book that tackles serious historical issues, issues that carry the plot along like a rip tide, without ever being cumbersome. And we are presented with the toughest decision: Should true love or the love of family triumph in the end? Either way, we are forever burdened by the weight of the choices we make, and the resulting waves can ripple across generations.

Abby and O’ma’s story also celebrates Nantucket itself, from its wealthy population to its wild beauty and atmosphere full of possibilities. Reynolds addresses not only the stereotypes of carousing summer teenagers and the Nantucket elite, but also what it means to be Jewish in those spheres, both then and now.

If you are in the mood for a romantic historical mystery that tears at your heartstrings and pulls no punches, The Summer of Lost Letters is the book for you. Sit down with this book under a slow fan with a cool glass of lemonade, preferably by a large body of water.

May we all have a Summer of Chutzpah!

Alethea Kontis is a voice actress and award-winning author of over 20 books for children and teens.

Mon Jun 14 , 2021
TAIPEI—When buyers need chips in a pinch, they turn to Erik Drown, a middleman who is able to source scarce parts. Mr. Drown’s decades of experience are now up against one of the worst semiconductor shortages ever. Asked recently by a client to help find 1,200 chips in a matter […] 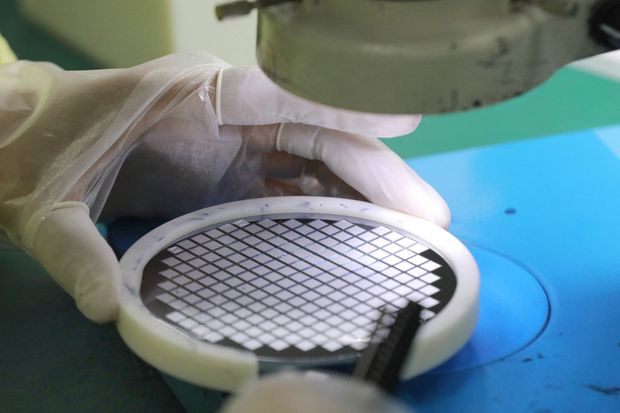