The toppling of Afghanistan’s pro-western government and re-establishment of Taliban control has handed the running of the country’s formal economy over to the Islamists.

Yet this task will not be completely alien to the militant group, which has operated a parasitic shadow administration across a swath of Afghanistan over the course of its 20-year insurgency.

Much has been made of the profits the Taliban reaps from the opium and heroin trade, but significantly larger sums are derived from a range of other activities, notably levies on goods such as fuel and cigarettes passing through the landlocked country of 40m people.

“The primary source” of Taliban finances “is taxation of legal goods”, said David Mansfield, an Afghanistan analyst consulting for the Overseas Development Institute, a UK think-tank.

“Drugs has not been as significant a source of funding for the Taliban as many have claimed [which] has led to a distorted understanding of the economy and the insurgency.”

As the US this week blocked access to central bank reserves and the IMF refused to disburse funds, the Taliban’s control of lucrative border crossings and central role in Afghanistan’s informal economy will provide some insulation from financial pressures.

But the new Taliban rulers must move quickly to avert a serious financial crisis if it is to take on the job of paying government salaries and keep the state running.

Endemic corruption in deposed president Ashraf Ghani’s government gave the Taliban the opportunity to win over many of those Afghans fed up with paying bribes to corrupt officials.

Yet despite reassurances that life would continue as normal, Afghans rushed to withdraw their life savings from banks and many of those who could tried to flee the country in the hours after the militants’ takeover.

“This kind of disruption is already starting to undermine the economic position that the Taliban built,” Mansfield said.

An example of Islamist governance can be found on the stretch of road from Kabul to the Mile 78 border crossing in south-west Farah province that borders Iran.

The road has more than 25 government checkpoints and a fee is charged at multiple points on the journey. By contrast, the Taliban who police the same road have far fewer checkpoints and give a receipt, so only a single payment is necessary.

Ibraheem Bahiss, an Afghanistan consultant at International Crisis Group, said the Taliban sought to portray themselves as better administrators.

“Increasingly they began co-opting government infrastructure to offer [improved] service deliveries,” said Bahiss, explaining that the Taliban in some areas ensured that teachers and nurses showed up to work.

In recent years, the Taliban has widened its tax base from centuries-old taxes of oshr, a one-tenth tithe of harvest produce, and zakat, a religious tax of 2.5 per cent of disposable income for the poor, although collection is often lower.

In Nimroz province, levies on transit goods such as vehicles and cigarettes formed 80 per cent of Taliban revenues, ODI research concluded.

Illegal mining and taxes on imported fuel are further sources of funds. Taliban earnings on fuel imported from Iran were as high as $30m last year, according to the Alcis consultancy.

Proceeds from the production of methamphetamine, a powerful narcotic, have also grown in recent years — and by some estimates now rival the country’s production of opiates.

Afghanistan remains the world’s largest producer of opium, despite about $9bn being devoted to counter-narcotics operations in the years since the US-led invasion of 2001.

Poppy cultivation has actually grown over the two decades and was up 37 per cent in 2020 from the previous year, according to a UN opium survey. The Taliban tax the drug harvests, though analysts debate the degree that they are actively involved in the trade.

Speaking this week at a press conference, Taliban spokesperson Zabihullah Mujahid insisted the movement wanted to eschew drugs and “revive our economy”.

“Afghanistan will from now on be a narcotics-free country but it needs international assistance. The international community should help us so that we can have alternative crops,” he said on Tuesday.

And although the Taliban has been in charge of Afghanistan for less than a week, the movement was already “running out of time to restore confidence”, said Arif Rafiq, president of Vizier Consulting, a political risk group.

“The economic challenges are going to rise . . . hungry people are angry people and they’ll have to deal with that,” he said. “The Taliban have never had complete autonomy since the start of the insurgency. Now they’re the ones ultimately responsible for the country as a whole.”

One former Taliban minister, who requested anonymity, predicted “hard times ahead” for the militants and the beleaguered country they now seek to govern.

“Afghan people will desperately need aid but a Taliban bureaucracy won’t be easy for aid groups to work with,” he said. “The Taliban takeover clearly embarrassed the US, and instead of good relations the US might look for a revenge policy.”

Fri Aug 20 , 2021
Sompo International division Sompo Global Risk Solutions (Sompo GRS) will be providing insurance, coverage from which will be triggered by civil authority restriction as a result of international public health emergencies declared by the World Health Organization. Called the Sompo GRS epidemic and pandemic protection program, the new proposition is […] 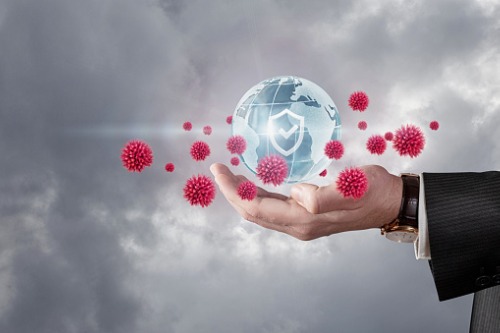