“Taiwan matters far more to the world economy than its 1% share of global GDP would indicate,” Gareth Leather, Senior Economist in the Emerging Asia team at Capital Economics, wrote in a note.

The military exercises included live-fire drills and missile launches, restricting access to ships and aircraft in the area. Data compiled by Bloomberg shows more than 40 vessels have navigated around the drill zones south of Taiwan’s main port.

“A further escalation in cross-strait tensions that cut Taiwan’s export off from the rest of the world would lead to renewed shortages in the automotive and electronics sectors and put further upward pressure on inflation,” Leather wrote.

He noted that Taiwan is the world’s largest producer of the processor chips “that are increasingly ubiquitous in new products,” having twice the market share of the next biggest producer.

Leather added that 92% of the most advanced semiconductors are made by TSMC in Taiwan, making its dominance at the high end even greater. So if Taiwanese semiconductor supply were disrupted for a prolonged period, electronics and automotive manufacturers would struggle to find alternative suppliers.

Taiwan’s autonomy has become a key geopolitical interest for the U.S. due to the island’s dominance in the global market for microchips. Semiconductors, which go in everything from smartphones to cars, have become an integral piece to our daily lives.

In a 2021 report from the Biden Administration, it was explained that “the United States is heavily dependent on a single company – TSMC – for producing its leading-edge chips.” Also in the report, “the lack of domestic production capability also puts at risk the ability to supply current and future national security and critical infrastructure needs.”

While Washington and Beijing are locked in a fierce race to become the global leader in high-tech industries, U.S. Congress passed the Chips and Science Act last week, providing $52 billion in subsidies for America’s semiconductor sector.

This would shore up our homegrown chip industry, with around $39 billion being allocated for building new chip fabrication plants on U.S. soil. In the meantime, any added bottleneck would only make the global production of goods particularly vulnerable.

If production facilities become damaged, the stakes are extremely high as it takes two-to-three years to build a semiconductor plant from scratch, according to Leather. The implications would be “extremely expensive” replacing lost manufacturing capacity and it wouldn’t be “possible to re-establish TSMC’s most advanced facilities without its personnel and intellectual property.”

Another challenge would be an electronic shortage, which in turn would lead to an increase in prices, adding more pressure to global inflation.

Leather warns that If Taiwanese semiconductor supply were disrupted for a prolonged period, electronics and automotive manufacturers would struggle to find alternative suppliers. This would lead to many firms having to halt production.

“While electronic goods themselves make up a fairly small share of CPI baskets, widespread chip shortages would hit the output of a wider range of consumer goods and even digital services,” Leather explained. “Consequently, a major escalation over Taiwan would constitute yet another supply shock, keeping inflation high for even longer.”

Download the Yahoo Finance app for Apple or Android

3 warning signs about the economy seen in corporate America : NPR

Sat Aug 13 , 2022
A trader works on the floor of the New York Stock Exchange in New York City on Aug. 5. The majority of America’s top companies have reported strong earnings, but warning signs about the economy are also emerging from their corporate earnings. Angela Weiss/AFP via Getty Images hide caption toggle […] 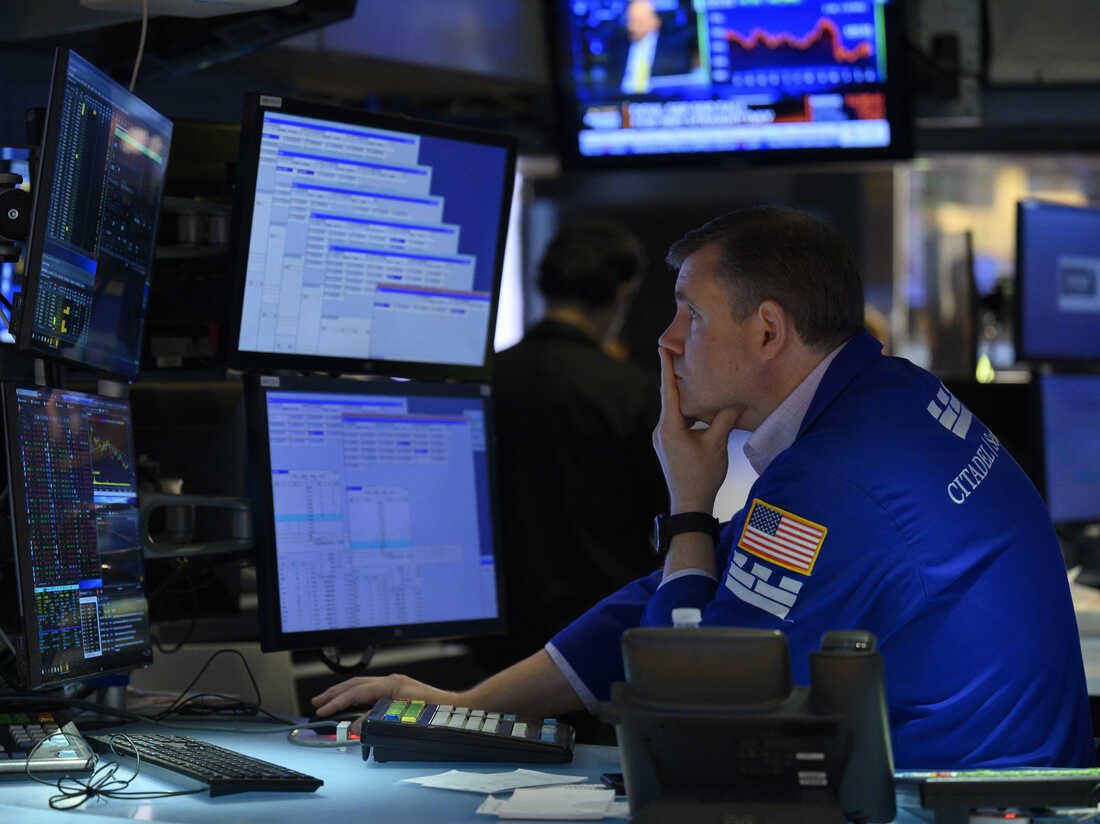