Freyr Fridriksson has something he thinks Atlantic Canadian seafood companies want: a way to keep harvested fish fresh longer than before.

He’s the owner of KAPP, an Icelandic company that manufactures supercooling equipment that shoots slurry ice out of a hose, enveloping harvested fish and rapidly bringing their temperature down, but not freezing them solid, within two hours of landing.

Slurry ice can be made on board a ship landing white fish like haddock and cod or onshore processing farmed salmon. It’s an improvement on conventional flaked ice storage.

“You get more shelf life of your fish, so you could, for example, have it in the store maybe three, four, five days longer than unusual methods. And you get better quality because it is cooled so quickly,” said Fridriksson.

Fridriksson is part of an Icelandic trade delegation in Halifax this week meeting with dozens of Atlantic companies in a first Canada-Iceland trade show focused on seafood technology.

“We just want to introduce this to the market. We have been in contact with some of the main leaders here and when it comes to, for example whitefish, and they know us and I think in the future we will have a huge opportunity here,” he said.

Supercooling has enabled the Iceland shipping line Eimskip to carry fresh salmon from Iceland and the Faroe Islands across the Atlantic to Halifax and Portland, Maine, as cargo in a container box. It’s far cheaper than having to air freight it into North America.

“I mean that was not happening two years, three years ago,” said Iceland’s ambassador to Canada Hlynur Guðjónsson, who helped organize the trade show in partnership with Canada’s Ocean Supercluster, a federal innovation fund.

“You can Increase the product life that is giving you a competitive edge.”

“I know from my conversations with some of the Canadian players that, specifically, if you’re a small- and medium-sized company, you don’t feel you can get the interest from Canadian banks that you want,” said Guðjónsson.

Iceland banks have been in Canada for a couple of decades.

Tim Spanos. executive director of international banking at Islandsbanki, said experience with the seafood industry gives them perspective to look beyond cycles in the industry.

“Being able to take a longer view and, in some respects, having a higher risk appetite for the right clients, for selective clients, you know, we think that’s important,” he said.

“We feel like we can compete with your banks here.”

The tech trade show is not a one way street.

On Friday, the Deep Sense IBM marine data centre at Dalhousie University showcased the artificial intelligence (AI) capabilities it has developed, which include fish-counting software.

And Joe Murphy from Halifax based Graphite Innovation and Technologies, which has developed a super slippery non-toxic hull paint that reduces fuel consumption, sees a market in Iceland.

Fri Sep 16 , 2022
NEWYou can now listen to Fox News articles! Asking the world to prioritize saving lives in the world’s poorest countries is increasingly challenging in a world still rocked by the COVID-19 pandemic, the threat of climate change, rising energy costs and the war in Ukraine, according to Bill Gates. The […] 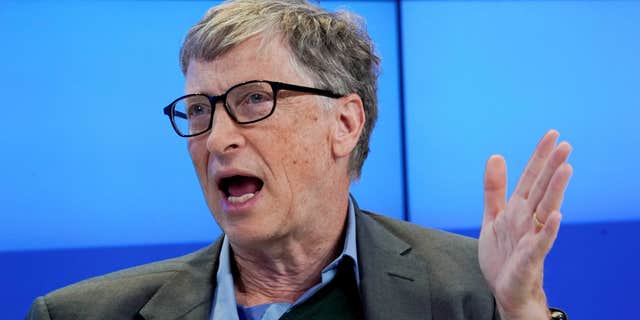