Stocks rose on Thursday as investors looked beyond a weak set of economic data and a mixed batch of corporate earnings results. Traders also considered a Federal Reserve decision that signaled the central bank was still looking for the U.S. economy to recover further before adjusting its monetary policies.

The S&P 500 gained, closing in on a record level. The Dow added more than 200 points, or 0.6%, while the Nasdaq was flat to slightly higher. The moves followed a weaker-than-expected print on second-quarter U.S. gross domestic product (GDP), and a report that showed weekly unemployment claims came in higher than expected.

“It remains a question mark whether the coming deceleration in the economy’s advance from peak growth will be a soft landing or perhaps something more sudden and potentially more jarring for companies and consumers,” Chris Rupkey, chief economist for FWDBonds, wrote in an email Thursday morning. “Keep your eye on consumer and business confidence.”

Shares of Facebook (FB) dipped after the company said it saw a sales deceleration in the second half of the year and suggested an Apple iOS app-tracking update would negatively impact its core advertising business. The comments overshadowed what was otherwise an estimates-topping second-quarter report, with revenue growing far more than expected as the broader internet advertising industry recovered further. Peer tech company PayPal (PYPL) also saw shares drop after delivering a current-quarter forecast that missed consensus estimates.

Investors continue to digest a Federal Reserve decision that signaled the central bank was moving closer to, but not yet quite at the point of, announcing and beginning a roll-back of its crisis-era policies. Specifically, the Federal Open Market Committee’s latest statement said that the “economy has made progress toward” the central bank’s goals of achieving substantial further progress in the recovery, but that “the Committee will continue to assess progress in coming meetings.”

“We have progress, but not substantial further progress,” Paul Ashworth, chief U.S. economist for Capital Economics, wrote in a note Wednesday. “It’s hard to say definitively whether this is hawkish or not since, maddeningly, what qualifies as substantial further progress has not been quantified and seems to mean something slightly different to each FOMC participant.”

“Overall, we’re a little closer to working out when the taper might start — but there are plenty of other big questions like how quickly will the taper proceed and what happens to the balance sheet after that,” Ashworth added.

The discussion around when the Fed will announce and begin the tapering of its pandemic-era asset purchase program has become a key concern for market participants, given that this quantitative easing has been central in underpinning asset prices over the past year. The Federal Reserve has continued to carry out purchases totaling $120 billion per month in U.S. Treasuries and agency mortgage-backed securities, though Federal Reserve Chair Jerome Powell signaled in his Wednesday press conference that the time to taper these could come “in the coming meetings.”

The Fed “nudged the tapering question a bit further along, noting that ‘progress’ has been made towards its goals, but not yet the ‘sufficient further progress’ required to trigger tapering,” Ian Shepherdson, Pantheon Macroeconomics chief economist, wrote in a note. “Chair Powell noted that the spread of the Delta variant has induced greater uncertainty, but policymakers still currently are pressing ahead with their tapering discussions.”

“Both the FOMC statement and Chair Powell repeated the Fed’s view that the increase in inflation is due to ‘transitory’ or ‘temporary’ factors,” he added. “The Fed therefore is under no pressure to make any immediate decisions.”

Shares of online brokerage platform Robinhood Markets (HOOD) opened for public trading on Thursday, with the company hitting the public markets following a surge in retail trader activity over the course of the past year.

The debut price on the public markets matched its initial public offering price from a day earlier. Late Wednesday, Robinhood priced its IPO at $38 per share, and it sold 55 million shares to raise a total of $2.1 billion, the company said in a statement. This was at the low end of the company’s targeted range of between $38 to $42 apiece. The price gave Robinhood a fully diluted valuation of about $33 billion.

According to Bloomberg data, Robinhood’s IPO was the seventh-largest in the U.S. so far this year.

In the company’s latest financials in its prospectus to go public, Robinhood reported it generated net income of $7.4 million on net revenue of $959 million in 2020. The company swung to a profit compared to the previous year, when it lost $107 million and brought in $278 million in revenue. Its boasted around 22.5 million users as of the second quarter.

Initial unemployment claims came in higher than expected last week, coming in at 400,000, according to the latest report from the Labor Department. Consensus economists were looking for 385,000, according to Bloomberg data.

This came following 424,000 new jobless claims during the prior week, which was upwardly revised from the 419,000 previous reported.

Continuing claims were also higher-than-anticipated, coming in at 3.269 million for the week ended July 17. Consensus economists were looking for 3.183 million.

The S&P 500, Dow and Nasdaq opened higher on Thursday as investors looked beyond a set of weaker-than-expected economic data. The S&P 500 gained 0.4%, while the Dow added more than 200 points, or 0.6%.

The Nasdaq rose 0.2%, trailing the other major indexes as shares of tech giant Facebook dipped after earnings. Treasury yields were little changed following the Federal Reserve’s latest monetary policy decision, with the benchmark 10-year yield up just 0.5 basis points to 1.266%.

The U.S. economy expanded by a smaller-than-expected margin in the second quarter, disappointing economists hoping for a bigger boost from fiscal and monetary stimulus and an early burst of reopening-fueled demand.

U.S. GDP rose at a 6.5% quarterly rate on a seasonally adjusted, annualized rate, the Bureau of Economic Analysis said Thursday. Consensus economists were looking for an 8.4% rise, according to Bloomberg data.

Personal consumption, the biggest component of U.S. economic activity, topped estimates, rising 11.8% versus the 10.5% gain expected. This accelerated from the first quarter’s 11.4% pace.

Here were the main moves in markets as the overnight session kicked off on Wednesday:

Thu Jul 29 , 2021
With help from Leah Nylen, Leonie Cater and Sam Sabin Editor’s Note: Morning Tech is a free version of POLITICO Pro Technology’s morning newsletter, which is delivered to our subscribers each morning at 6 a.m. The POLITICO Pro platform combines the news you need with tools you can use to […] 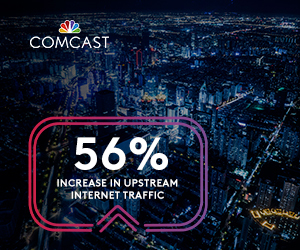