A growing chorus of Wall Street strategists is warning the U.S. stock market is ripe for a pullback as the COVID-19 delta variant spreads across the globe amid the most difficult two-month stretch for investors.

The S&P 500 has rallied 96% since bottoming on March 23, 2020, booking 61 record highs along the way. The benchmark index has throughout the rally avoided a correction, or decline of at least 10%, which happens an average of once a year.

Strategists are growing more concerned that the elusive pullback is coming now that the delta variant has threatened to derail the economy’s recovery.

“At this incipient stage of the spread of the Delta variant and slowing of economic growth, there are enough red flags that prudent investors have to start considering de-risking,” wrote Scott Minerd, global chief investment officer at Guggenheim Partners.

A report released Thursday by the Commerce Department showed the U.S. economy grew at a 6.5% annual pace during the second quarter, below the 8.5% rate that was expected. Economists say growth will slow from the current pace as rising prices and supply-chain issues continue to disrupt the economy amid a flare-up in delta variant infections.

Minerd called recent data on the delta variant “extremely disturbing,” noting that the R0, or number of people who will be infected as a result of another infected person’s actions, was six, meaning it is two to three times more transmissible than the original COVID-19 strain.

With an average of about 60,000 daily new cases that means that in six to eight weeks there is likely to be more than 200,000 new cases, like what was seen in December, he said.

Concerns over the delta variant have caused the Centers for Disease Control and Prevention to reinstate mask recommendations for so-called hotspots.

Economists and business leaders worry a return of masking will weigh on confidence and result in lower sales, setting the stage for what is typically the worst stretch of months for the stock market.

“Risk is no doubt increasing as we head into the troublesome August and September months,” wrote Ryan Detrick, chief market strategist at LPL Financial.

The difficult stretch for the stock market kicks off with investors having to navigate narrowing breath, or fewer listings participating in the rally, and valuations in some instances stretched to levels last seen during the 1999-2000 tech bubble.

He believes investors should “focus on relative value within the market,” preferring high quality versus low quality stocks, consumer staples over discretionary, health care over tech and defensives over cyclicals.

While their numbers are dwindling there are still bulls on Wall Street, but even they admit the stock market is facing headwinds at these levels.

This is a “very logical time for the market to slow down” as earnings catch up with prices, Brian Belski, chief investment strategist at BMO Capital Markets told FOX Business’ Stuart Varney on Friday. He has a yearend S&P 500 target of 4,500, or 2.39% above where the index closed on Friday.

“We are not calling for a deep correction like everybody else and their mother, brother, sister, cousin and uncle,” Belski said. “We think the market grinds higher, but still positive, very positive longer term.” 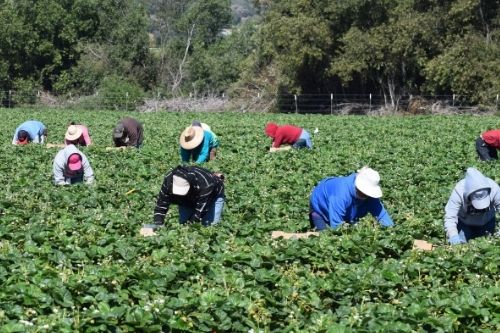