Stock futures struggled for direction Wednesday morning, with investors digesting a slew of Big Tech earnings results and looking ahead to another set of reports. A monetary policy statement from the Federal Reserve is also slated for release.

Contracts on the S&P 500 were little changed to slightly higher, with about two hours to go until the opening bell. The index, as well as the Dow and Nasdaq, had pulled back from record levels by the end of Tuesday’s regular trading day, and the S&P 500 remains less than 0.5% from its all-time high. Dow futures were slightly lower Wednesday morning, while Nasdaq futures gained. t

Shares of Apple (AAPL) fell in pre-market trading even after the tech titan handily exceeded Wall Street’s estimates in its latest earnings reports. Apple executives, however, said they expected a deceleration in top-line growth in the current quarter after a blowout April through June period, and that supply challenges would weigh on hardware like the iPhone. Meanwhile, investors appeared to shake off a slightly disappointing result from Microsoft (MSFT) Azure cloud business, which decelerated over last quarter to 45% sales growth when excluding currency impacts, to focus on the software giant’s overall estimates-topping revenue and profit quarterly results.

The early move higher in shares of Google’s parent-company Alphabet (GOOGL) also tracked the strong beat in quarterly sales and profits. A rebound in travel-related advertising spending and continued growth in YouTube ads helped power revenue, excluding traffic-acquisition costs, to $51 billion, for a surge of 61% over last year.

Earnings are set to continue on Wednesday, with major names including Facebook (FB) and PayPal (PYPL) reporting after the close.

Investors are also set to closely monitor the Federal Open Market Committee’s July monetary policy decision and Federal Reserve Chair Jerome Powell’s latest public remarks Wednesday afternoon. In the weeks since the Fed’s June meeting, concerns over the Delta variant have brought about additional concerns over the economic outlook. However, inflation prints have also been coming in hotter-than-expected both at the consumer and producer level, challenging the Fed’s ability to keep its ultra-accommodative monetary policy in place. And inflation mentions during corporate earnings calls this season have already risen by a staggering 1,000% over last year, according to Bank of America.

“Since the June meeting, job growth has strengthened more than anticipated and inflation continued to coming much hotter. No doubt, that will keep eyes and ears keenly attuned to signs that the FOMC may pull forward the eventual tapering of asset purchases, a topic it has already confirmed will be on the table,” Wells Fargo senior economist Sam Bullard wrote in a note.

“Discussions around the pace and composition of tapering will deepen at this week’s meeting, as the split in officials’ views is still there and it will take some time to build a consensus,” he said. “Most Fed officials view the recent rise in inflation as largely ‘transitory,’ though it will be interesting to see if Chair Powell expresses any additional awareness/cautiousness to upside inflation risk.”

The deficit increased to $91.2 billion in June from $88.2 billion in May, the This was more than the $88 billion deficit consensus economists were expecting, according to Bloomberg data.

McDonald’s (MCD) shares dipped by more than 1.5% in early trading despite posting much better-than-expected second quarter results, with the fast food giant citing ongoing uncertainty around the pandemic.

Adjusted earnings of $2.37 per share were also a beat compared to estimates for $2.10.

Despite the strong results, investors appeared to home in on a number of concerns executives flagged during the earnings call. McDonald’s noted that order times have increased due to labor shortages, and that supply chain issues have complicated getting equipment manufactured in Asia. Chief Financial Officer Kevin Ozan also noted that in terms of growth momentum around the world, “There’s still some uncertainty as we continue to see pandemic-related stops and starts in markets around the world, especially now with the Delta variant.”

An index tracking weekly mortgage application volume jumped 5.7% last week following a 4.0% drop during the prior period, the Mortgage Bankers Association said in its weekly report.

Beneath the headline index, refinances increased 9% week-on-week, but were down by 10% compared to the year-ago period. Purchases were down 2% versus last week on a seasonally adjusted basis. On an unadjusted basis, purchases also fell 18% versus the comparable week last year.

According to Joel Kan, the Mortgage Bankers Association’s vice president of economic and industry forecasting, the increase in refinances came alongside a drop in Treasury yields and mortgage rates.

“The 10-year Treasury yield fell last week, as investors grew concerned about increasing COVID-19 case counts and the downside risks to the current economic recovery,” Kan said in a press statement. “Refinance applications jumped, as the 30-year fixed mortgage rate declined to its lowest level since February 2021, and the 15-year rate fell to another record low dating back to 1990.”

Revenue of $17 billion grew 44% over last year and exceeded consensus analysts’ estimates for $16.54 billion, based on Bloomberg consensus data. The beat was driven by better-than-expected revenue from Boeing’s defense and global services businesses, while commercial airplane sales were slightly lighter than expected.

Core earnings per share came out to 40 cents per share, versus a loss of 81 cents a share expected. Boeing also said it expects to increase production of its 737 aircraft to 31 per month in early 2022, up from the 16 per month rate maintained currently.

Here were the main moves in markets as the overnight session kicked off on Tuesday:

Fri Jul 30 , 2021
SINGAPORE, July 5 (Reuters) – Senior foreign executives of major telecommunications firms in Myanmar have been told by the junta that they must not leave the country without permission, a person with direct knowledge of the matter said. A confidential order from Myanmar’s Posts and Telecommunications Department (PTD) in mid-June […] 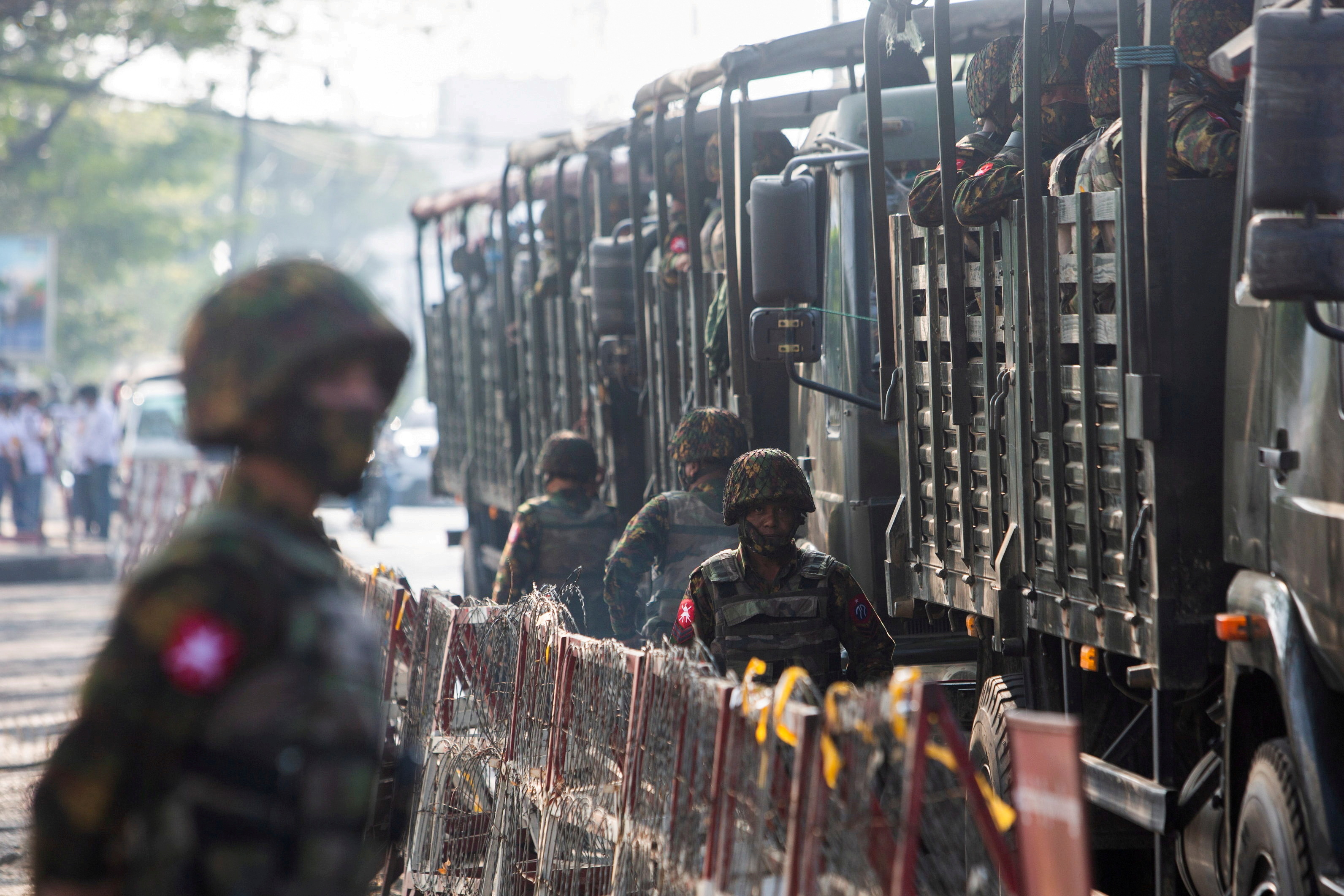