ADRIAN — A review of an ethics violation complaint by Adrian’s former city attorney against the city administrator has found no violations.

“It is the opinion of the undersigned, having conducted a review of the allegations made by Tamaris Henagan, the binder of materials submitted in support of her allegations, together with other available documents attached hereto as Appendices, that City Administrator Gregory M. Elliott did not violate any City of Adrian Ethics Policy during his tenure as City Administrator,” Gillooly wrote. “Rather, the allegations appear to be made by a disgruntled former independent contractor of the City of Adrian who served as its City Attorney and has recently announced her candidacy for public office within the City of Adrian.”

Henagan resigned as city attorney on May 17, citing “ethical concerns.” At a meeting May 20 when the city commission formally accepted her resignation, she announced she is running as a write-in candidate for the city commission.

On May 27, Henagan filed an ethics complaint against Elliott in which she claimed he had violated the city’s ethics policy.

Gillooly reviewed those complaints as well as how the ethics policy says complaints should be investigated.

“The report really speaks for itself,” Elliott said in an email. “It reiterates, in no uncertain terms, what I have already said, which is that Ms. Henagan’s assertions were entirely baseless. As a person who has been an attorney in this state for over 25 years, I struggle to understand how any member of the Bar could make allegations that are so obviously defamatory and completely lacking in merit.”

Henagan said she would not put her relatively young career on the line for no reason.

“I’m pretty new in the profession, and that would not be a smart move on my part, so, obviously, I had reason,” she said in an interview. “I wasn’t going to throw myself to the wolves in this type of public light for no reason at all.”

Gillooley did not talk to her for his report, Henagan said, and she did not know if he spoke to anyone she mentioned in her complaint, such as Mayor Angie Sword Heath. She said the complaint she filed with the city clerk did not go into detail because she knew it would be a public document. She also said she did not put all of the information she has in the binders she handed out to the commissioners during her evaluation because she didn’t think it was necessary.

Heath did not respond to a request for comment by deadline Thursday.

Henagan said it was “convenient” for Elliott to classify himself as an employee under the ethics policy in order to use a review process that is different than what would be used for those deemed public officials.

“If that stance is taken, then that would essentially equate to the fact that Mr. Elliott could never have a complaint lodged against him that he would not have full discretion over because if he is an employee, then he gets to make the decision and that would give him unfettered discretion,” she said. “And under the law, that’s something that we absolutely try not to do in a governmental situation. So I think it’s just a position of convenience that they’re taking.”

“Given that City Administrator Gregory Elliott is defined as an employee under the Ethics Policy, the City Administrator was within his lawful powers to refer the Complaint to the undersigned for review and resolution…,” Gillooly wrote.

“My only question is as to why the complaints have not been reviewed in the manner prescribed by the City of Adrian Ethics Policy,” Commissioner Gordon Gauss, a supporter of Henagan, said in an email, referring to the section of the ethics policy that discusses complaints against public officials.

Reviews of those complaints are to start out with a three-person panel made up of the chair of the city’s ethics board, the city administrator and the city attorney, the policy says. That panel decides if the complaint has merit and should go before the ethics board, which could hold public hearings on the complaint.

Gauss wrote that the complaint should have gone through that review process, which makes reference to what to do if a complaint “involves” the city administrator.

Gauss said he would like to hear what the city’s ethics board has to say on Henagan’s complaint, though he is concerned the ethics board may be tainted by Gillooley’s report.

In her complaint, Henagan made allegations that Elliott failed to follow the city charter, failed to enforce and abide by Michigan’s Open Meetings Act, failed to abide by and enforce other state laws related to the COVID-19 pandemic, and made other ethics violations.

The purpose of the city’s ethics policy, Gillooley wrote, is to ensure “an employee of the City of Adrian shall be independent, impartial and responsible to the citizens of the City of Adrian and make decisions and policies within proper governmental channels. Moreover, employees of the City of Adrian are not permitted to use their public office for personal gain. The purpose of applying and enforcing these requirements and standards is to ensure that governmental decisions are made in the public’s best interest by prohibiting public servants from participating in matters that might affect their personal or financial interests.”

“Establishing a clear code of ethics and conduct for the City of Adrian has considerable benefits,” Gillooley wrote. “Still, it is worth noting that there is a risk especially, as here, someone could use these policies for what is referred to as ‘vigilante ethics’ or the use of an ethics policy or code for an individual or political gain.”

For each of Henagan’s allegations, Gillooley said there were no violations of the ethics policy. In some instances, he wrote that Henagan had opportunities to correct some of the concerns she cited. In one instance, he said she ignored an email from Elliott that contradicted her claims about favoritism toward a marijuana business. He said differences of opinion, even regarding legal matters, are not ethical violations.

“Most importantly, the undersigned cannot detect any wrongdoing on the part of Mr. Elliott to suggest that he made governmental decisions and policies that were not within the proper governmental channels or that somehow were used for his own personal gain,” Gillooley wrote. “There is a complete absence of any evidence whatsoever in that regard.”

Commissioner Lad Strayer, who was critical of Henagan using a Freedom of Information Act request to access information about him and other commissioners regarding her ethics complaint, called the accusations against Elliott “very unfortunate.”

“This situation has created a low point in the tenure of this Adrian city commission and in Adrian city government,” Strayer said in an email. “Now the commission must work to put this in the past so we can deal with real city business.”

Sat Jun 5 , 2021
Nikki Porcher — who is based in Atlanta — remains on a mission to uplift and promote Black women entrepreneurs through a nonprofit she founded called Buy From A Black Woman. A business directory she developed is regarded as a trusted one-stop-shop resource for people looking to patronize over 500 […] 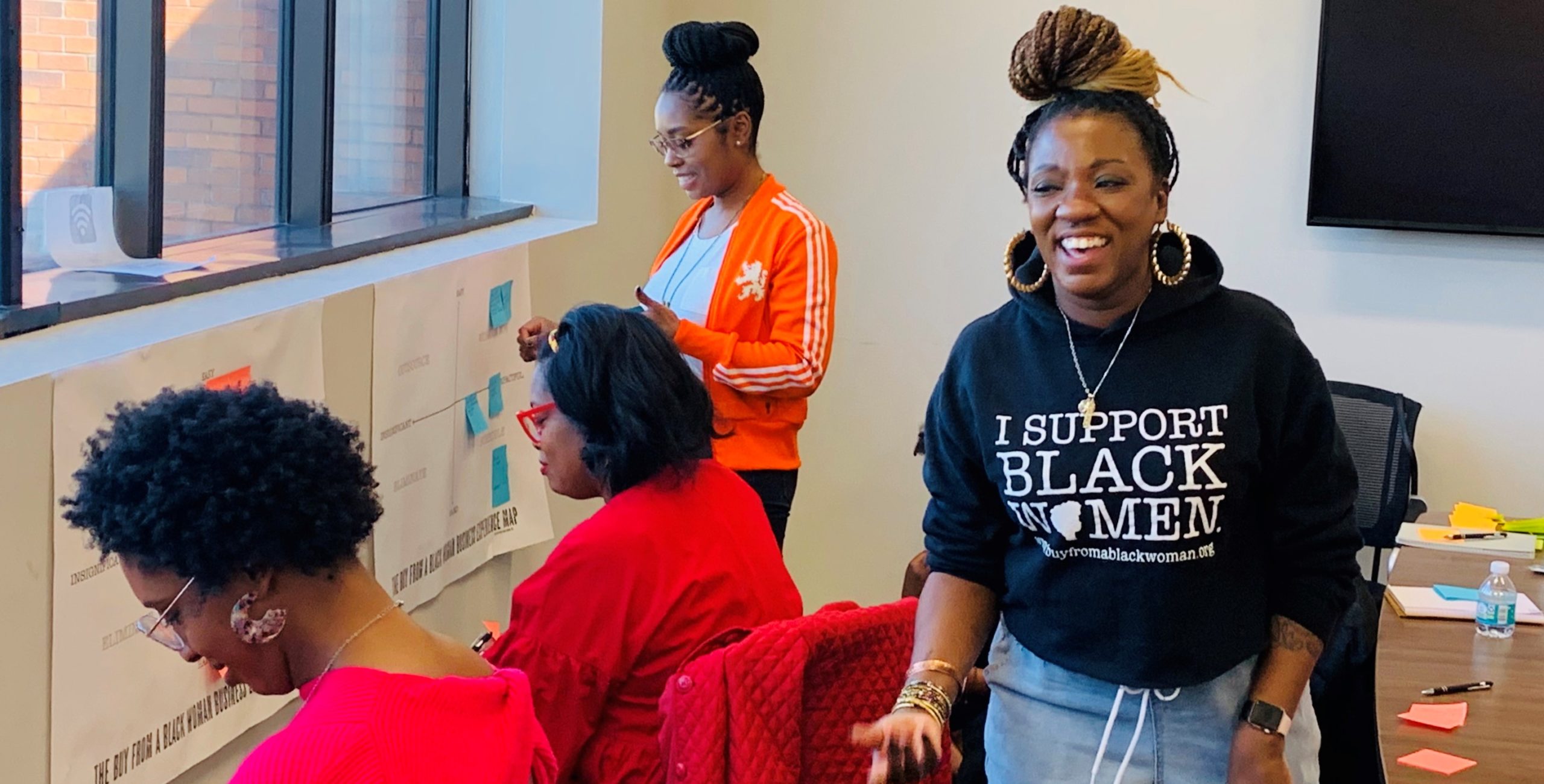