Republicans hoping to seize control of Congress in the upcoming midterm elections have a juicy target: Inflation, which has gotten away from the Biden administration and is the nation’s biggest economic problem. But it’s hard to tell what Republicans would do better, except for the familiar GOP cure-all: cut taxes and whittle the government down to a dysfunctional shell.

Like many reboots, however, the Commitment to America is a hollow fabrication of the original. There’s plenty of happy verbiage in the CTA, but it’s hard to find any new ideas. Some of the prescriptions are things the Biden administration is already doing. Instead of offering new solutions for tight energy markets, tangled supply chains and other new problems of the last two years, Republicans are basically asking voters to go back to the way things were—and hope turbulent markets cooperate.

Details are vague, but there are five basic planks of the CTA’s economic plan: lower inflation, deregulate, cut government spending, achieve energy independence and re-shore American manufacturing. Here’s the plan for each, along with the deficiencies:

Inflation. President Biden knows inflation, currently running at 8.3%, is Democrats’ biggest political liability heading into the midterms. Where Biden sees peril, Republicans see opportunity. Yet their ideas for getting inflation under control don’t seem any more effective than things Biden is already trying. The CTA, for instance, calls for “pro-growth tax policies” as one tool against inflation. “Pro-growth” is GOP-speak for cutting taxes.

How much lower can taxes go? The 2017 Trump tax cuts already lowered business and personal income tax rates, with none of the big boost in growth supply-side advocates promised. The only new taxes Biden has imposed are a stock-buyback levy and a new minimum tax on fewer than 100 large businesses. All in all, those tax hikes are puny compared with the 2017 cuts, and reversing them would yield no economic miracle. Tax cuts can actually be inflationary if they pump more money into an economy that’s already overheated.

Deregulation. The main thing Republicans want to deregulate is energy policy. Fair enough: Biden has, in fact, beefed up efficiency requirements for cars and proposed new ways to monitor carbon emissions for every public company. He also iced the Keystone XL pipeline, which would have transported Canadian oil to Gulf Coast refineries for sale in US or foreign markets. But reversing these moves alone will do little or nothing to lower energy costs. The federal government doesn’t control state or local permitting, which are often the main barriers to pipelines or other energy infrastructure. And there are powerful economic reasons that businesses are reluctant to invest in more energy infrastructure. Easier federal regulation can help at the margins, but it won’t automatically make energy investments more profitable or boost the supply of energy.

Cut government spending. It’s probably true that the Democrats’ 2021 stimulus bill, the American Rescue Plan, was more stimulus than necessary, contributing to inflation. But most of that money has worked its way through the economy by now, not leaving much to “cut.” One thing Republicans do want to undo is new funding for the Internal Revenue Service, which is meant to update an agency Congress has badly neglected during the last decade, and give it better tools for pursuing tax cheats who evade as much a $1 trillion in taxes they’re legally obligated to pay each year. The nonpartisan Congressional Budget Office forecasts that the additional funding will help the IRS boost tax collections by $204 billion over a decade, for a net decline in deficits of about $90 billion. If Republicans empower tax evaders and manage to cut this funding, they’d be adding to future deficits, which again, would be inflationary, not anti-inflationary.

Energy independence. The Commitment to America argues that “not long ago, America was the largest energy producer in the world.” That’s true. It’s also true America is still the world’s top producer of oil and natural gas. If you include coal, then America drops to No. 2, behind China. But the word “coal” appears nowhere in the Commitment to America, and besides, you can’t power cars with coal, so more coal production won’t help with the CTA’s promise to “reduce gas prices.”

The war in Ukraine, and Russia’s weaponization of energy, have disrupted global energy products far more than any Biden policy. Before that, however, the driving force in US energy markets was poor return on investment for a decade leading up to the COVID pandemic that struck in 2020. Many drillers lost money, some went bankrupt and others squeaked by, as the fracking boom led to epic levels of overproduction.

That was terrific for consumers, who enjoyed super-low prices for gas and other forms of energy. But money-losing producers basically subsidized those low prices, and they’re not willing to do that anymore. That’s why they’ve trimmed capacity since 2020, by retiring the least efficient processing facilities, which improves profit margins. So sure, easier regulation would help the industry a little, but unless the government can set a floor on prices, drillers and their investors will remain reluctant to commit capital to a boom-bust industry that has been mostly a bust for the last dozen years.

Re-shoring manufacturing jobs. Guess what? It already seems to be happening. US industrial production is at the highest level ever, even though manufacturing has declined for decades as a percentage of total US output. Since Biden took office, the manufacturing sector has added 668,000 new jobs, the most of any president at the same point in his term since Jimmy Carter in the 1970s, according to data provided by Moody’s Analytics for the Yahoo Finance Bidenomics Report Card. Biden signed a major infrastructure bill last year and a smaller measure to stimulate US semiconductor manufacturing this year. Republicans say they want to move supply chains away from China and expand US manufacturing, but Biden could preempt them by saying he’s already handling that.

Democrats, for their part, don’t have any silver-bullet policies, either. There’s not much Congress or the president can do to battle inflation, other than simply passing prudent legislation that keeps taxes reasonable and federal deficits as low as possible. For all their talk of fiscal discipline, the Republican record on controlling deficits is just as bad, and arguably worse, than the Democrats’ record. The Federal Reserve is the only institution with the tools to corral inflation, and even that takes time and involves risks.

The missing piece on energy is a bridge from fossil fuels to renewables. Prioritizing one over the other is foolish, since the consequences of climate change and private-sector innovation will push the world toward renewables, no matter what. The haywire energy markets of 2022 have shown that there are growing barriers to fossil-fuel investment, at a time when there’s not nearly enough renewable energy to replace carbon. What policymakers should be doing is building a pathway from old to new, to mitigate wild price swings and give consumers some confidence that the ultimate move to renewables won’t bankrupt them. Maybe next election.

Click here for politics news related to business and money

Download the Yahoo Finance app for Apple or Android

Reasons To Use The Import And Export Directory

Thu Sep 29 , 2022
The import and export directory is a great tool for small businesses, as it gives them the opportunity to export data from their computer and save it on the Import Directory. If something happens to your computer, or you want to back up all of your files, this can be […] 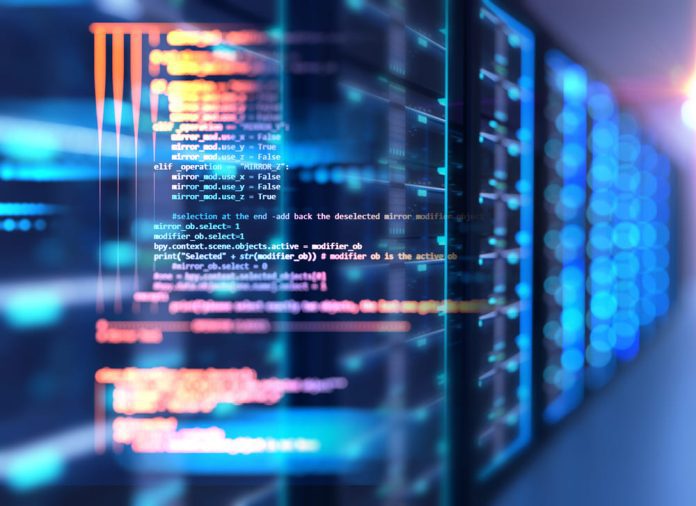