“We could not be more excited to have Maria and Bryan join Reely. They both bring the right experience, relationships, and domain expertise to their respective roles and, more importantly, have a real passion for what we’re building and the communities we serve.”

“We’ve gotten to know Maria over the last six months and I could not think of a better partner to lead this company as we accelerate through this growth phase,” says Evans. “She brings deep industry relationships and immediately gives us a strong leader and decision-maker to build around in LA.”

Most recently, Gonima founded Big Smile Co., a marketing communications firm working with innovative content producers, VR studios, film festivals, and startups. She has collaborated with luminaries and companies like Cristiano Ronaldo, Real Madrid, Paramount, FOX, Comcast, Audible, NBC Universal’s mun2, and beyond. As a public speaker, Gonima has spoken at Harvard Business School, ArtCenter, and UCLA, among others. She is a longtime DJ who made her rap debut on NBA 2K9.

Bryan Yale has led the way in leveraging data and artificial intelligence in gaming and esports. With an extensive background in predictive analytics and modeling for professional esports, Yale joins Reely to guide the evolution of the company’s proprietary “Hype Score,” or performance ranking system, across its growing catalog of supported games and sports.

“If you’re going to programmatically differentiate and score moments in gameplay, you need a gamer’s gamer with a huge appetite for data,” says Evans, “We knew pretty early on that Bryan had the right background, but as we talked through his vision and approach, we knew he could lead this effort.”

Yale is a pioneer in the rise of professional esports, from early LAN competitions in the late ’90s, to managing Counter Strike teams in the early 2000s, to professional team development, operations, and optimizing data analytics as a founding member of Infinite Esports and Entertainment. Yale also co-founded the broadcasting and event production company NGAGE esports, founded the GG Esports Academy to enhance competitive player performance, acted as CEO of Rival AI, and continues advising companies entering gaming and esports. He is a lifetime gamer and proud to help grow an industry he deeply loves.

Reely was founded in 2016 to develop technologies for the real-time capture and distribution of sports highlights. The company has focused primarily on collegiate and high school markets, as well as professional teams and leagues across 13 supported sports. In 2020, Reely expanded its services to the esports and gaming community, collaborating with organizations like the Houston Outlaws, Minnesota Rokkr/Version1, CheckpointXP, Aquatik Esports, and Skillshot Interactive.

Thu Jun 10 , 2021
China’s top economic planners have put the brakes on attempts by environmental officials to reduce carbon emissions as driving growth takes priority over meeting climate targets for now, according to people familiar with the matter. Officials at China’s main economic planning agency, the National Development and Reform Commission, have limited […] 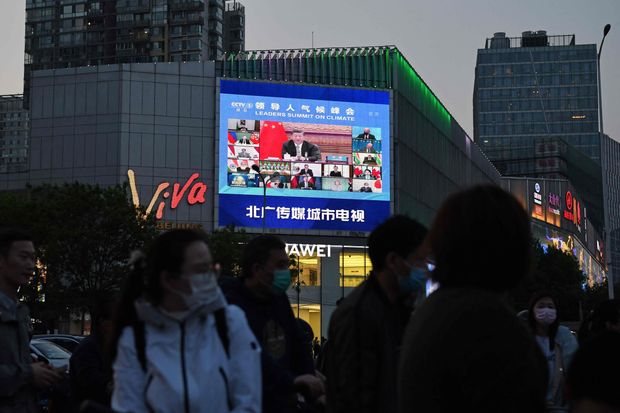