The U.S. economy’s 2021 growth surge likely peaked in the spring, but a strong expansion is expected to continue into next year, say economists surveyed by The Wall Street Journal.

“We’ve moved into the more moderate phase of expansion,” said

chief U.S. economist at Morgan Stanley. “We’re past the peak for growth, but that doesn’t mean something more sinister is going on here and that we’re poised to then drop off sharply.”

Rather, economists expect the economy to continue growing solidly over the coming year, fueled by job gains, pent-up savings and continued fiscal support. In the longer term, they foresee the expansion gradually cooling down to a more stable post-pandemic pace.

Economists surveyed this month by the Journal, on average, estimated that the economy expanded at a 9.1% seasonally adjusted annual rate in the April-to-June period. That would mark the second-fastest pace since 1983, exceeded only by last summer’s rapid rebound, when businesses started to reopen after lockdowns and governments began easing pandemic-related restrictions.

The survey respondents see growth cooling to a 7% pace in the third quarter and drifting down to a 3.3% rate in the second quarter of 2022.

With more moderate growth, the rates of job gains and inflation should ease as well, the economists said.

chief U.S. economist at JPMorgan Chase & Co. “We feel very confident that we’re going to see strongly above-trend growth in the second half of the year.”

After rising steadily since the fall, yields on 10-year Treasury notes have dipped slightly over the past three months as investors factor in the potential for weaker growth, said

Consumer spending climbed 5% in March after Congress and the White House enacted a $1.9 trillion pandemic relief package that sent $1,400 checks to many households. The money was reaching pocketbooks at the same time many people were getting vaccinated and venturing out more as service providers reopened their doors. Monthly spending increases have slowed since then as the initial stimulus effect fades.

“May was insane,” said

“Not only were we increasing the visitors but we were also increasing our average transaction, getting a lot of people impulse shopping,” he said.

Sales have cooled off since, he said, “but year-over-year, we’re still tracking ahead.”

Inflation also jumped in the spring and early summer as household spending outpaced businesses’ ability to keep up. Consumer prices rose 5.4% in June from a year before, the fastest pace since 2008, the Labor Department reported.

As growth slows, firms will have more time to find workers, work through order backlogs and increase production, though many supply-chain bottlenecks persist. The economists surveyed see inflation measured by the department’s consumer-price index gliding down to 4.1% in December from a year earlier and 2.5% by the end of 2022.

Several forces are likely to ensure economic growth remains strong in the coming quarters. For one, millions of individuals who are unemployed or not looking for work will likely find jobs, giving them income to spend. September could be a pivotal month, as schools reopen widely across the nation and expanded unemployment benefits expire nationwide.

Consumers also built up a large cash buffer during the pandemic. Americans were saving at an annualized rate of $2.3 trillion in May, nearly twice as much as they were saving in May 2019. While consumers have drawn on some of that money to pay off debt or book a vacation, there is room for more spending.

“You can’t eat out twice in a night,” said

chief U.S. economist at TS Lombard. “Reopenings get people to spend money, but it all can’t be spent in one month.”

Federal stimulus, meanwhile, hasn’t entirely disappeared. The federal government on Thursday began sending monthly payments of up to $300 per child as part of an expanded child tax credit.

This new phase of the recovery comes with its own set of risks. Although many economists expect recent price pressures to be temporary, there is the possibility that costs for some goods and services push up inflation on a sustained basis.

Housing costs pose one such concern. Owners’ equivalent rents—the Labor Department’s estimate of what homeowners would have to pay each month if they were renting their own home—haven’t yet rebounded much. But some economists warn these prices could start rising briskly, reflecting recent rapid increases in home prices.

Another risk comes from the labor market, which has recovered more slowly than many economists anticipated earlier this year. The U.S. economy is still about 7 million jobs short of pre-pandemic levels, and some impediments to employment growth could be long-lasting.

Many Americans retired earlier than planned during the pandemic and will never return to the labor market. Others have been out of work for months, raising the risk their skills might have atrophied or employers might perceive they have. Mismatches between the industries and places where jobs are available and where unemployed people are searching could hinder hiring for months.

“I do worry a little bit about whether there will be some structural underemployment on the other side of all this,” said Mr. Feroli.

—Anthony DeBarros contributed to this article.

4 Communication Stocks To Watch For July 2021

Mon Jul 19 , 2021
4 Top Communication Stocks To Check Out Right Now Communication stocks may not be the most exciting industry to invest in the stock market, but it doesn’t change the fact that it is one of the most important industries today. Given how fast technology is evolving, this has directly led […] 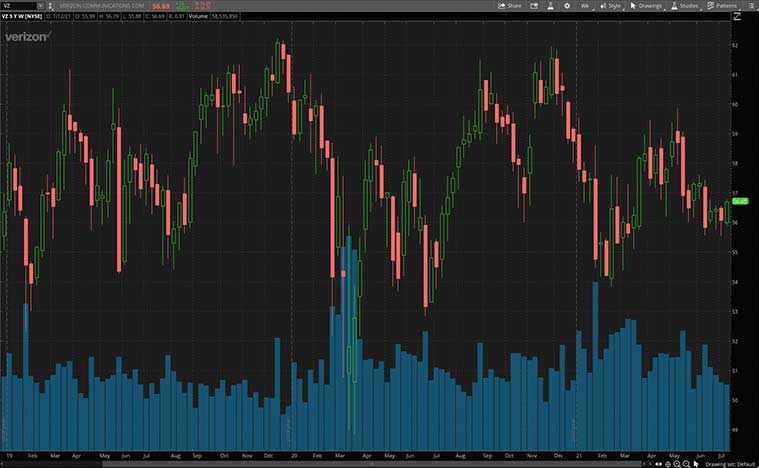