NEW YORK (Project Syndicate)—In April, I warned that today’s extremely loose monetary and fiscal policies, when combined with a number of negative supply shocks, could result in 1970s-style stagflation (high inflation alongside a recession). In fact, the risk today is even bigger than it was then.

After all, debt ratios in advanced economies and most emerging markets were much lower in the 1970s, which is why stagflation has not been associated with debt crises historically. If anything, unexpected inflation in the 1970s wiped out the real value of nominal debts at fixed rates, thus reducing many advanced economies’ public-debt burdens.

Conversely, during the 2007-08 financial crisis, high debt ratios (private and public) caused a severe debt crisis—as housing bubbles burst—but the ensuing recession led to low inflation, if not outright deflation. Owing to the credit crunch, there was a macro shock to aggregate demand, whereas the risks today are on the supply side.

Worst of both worlds

We are thus left with the worst of both the stagflationary 1970s and the 2007-10 period. Debt ratios are much higher than in the 1970s, and a mix of loose economic policies and negative supply shocks threatens to fuel inflation rather than deflation, setting the stage for the mother of stagflationary debt crises over the next few years.

At some point, this boom will culminate in a Minsky moment (a sudden loss of confidence), and tighter monetary policies will trigger a bust and crash.

But meanwhile, the same loose policies that are feeding asset bubbles will continue to drive consumer price inflation, creating the conditions for stagflation whenever the next negative supply shocks arrive. Such shocks could follow from renewed protectionism; demographic aging in advanced and emerging economies; immigration restrictions in advanced economies; the reshoring of manufacturing to high-cost regions; or the balkanization of global supply chains.

More broadly, the Sino-American decoupling threatens to fragment the global economy at a time when climate change and the COVID-19 pandemic are pushing national governments toward deeper self-reliance. Add to this the impact on production of increasingly frequent cyberattacks on critical infrastructure and the social and political backlash against inequality, and the recipe for macroeconomic disruption is complete.

Making matters worse, central banks have effectively lost their independence, because they have been given little choice but to monetize massive fiscal deficits to forestall a debt crisis. With both public and private debts having soared, they are in a debt trap.

“
Central banks will be damned if they do and damned if they don’t, and many governments will be semi-insolvent and thus unable to bail out banks, corporations, and households. The doom loop of sovereigns and banks in the eurozone after the global financial crisis will be repeated world-wide
”

As inflation rises over the next few years, central banks will face a dilemma. If they start phasing out unconventional policies and raising policy rates to fight inflation, they will risk triggering a massive debt crisis and severe recession; but if they maintain a loose monetary policy, they will risk double-digit inflation—and deep stagflation when the next negative supply shocks emerge.

But even in the second scenario, policy makers would not be able to prevent a debt crisis. While nominal government fixed-rate debt in advanced economies can be partly wiped out by unexpected inflation (as happened in the 1970s), emerging-market debts denominated in foreign currency would not be. Many of these governments would need to default and restructure their debts.

At the same time, private debts in advanced economies would become unsustainable (as they did after the global financial crisis), and their spreads relative to safer government bonds would spike, triggering a chain reaction of defaults. Highly leveraged corporations and their reckless shadow-bank creditors would be the first to fall, soon followed by indebted households and the banks that financed them.

To be sure, real long-term borrowing costs may initially fall if inflation rises unexpectedly and central banks are still behind the curve. But, over time, these costs will be pushed up by three factors. First, higher public and private debts will widen sovereign and private interest-rate spreads. Second, rising inflation and deepening uncertainty will drive up inflation risk premiums. And, third, a rising misery index—the sum of the inflation and unemployment rate—eventually will demand a “Volcker Moment.”

When former Fed Chair Paul Volcker hiked rates to tackle inflation in 1980-82, the result was a severe double-dip recession in the United States and a debt crisis and lost decade for Latin America. But now that global debt ratios are almost three times higher than in the early 1970s, any anti-inflationary policy would lead to a depression, rather than a severe recession.

As matters stand, this slow-motion train wreck looks unavoidable. The Fed’s recent pivot from an ultra-dovish to a mostly dovish stance changes nothing. The Fed has been in a debt trap at least since December 2018, when a stock- and credit-market crash forced it to reverse its policy tightening a full year before COVID-19 struck. With inflation rising and stagflationary shocks looming, it is now even more ensnared.

So, too, are the European Central Bank, the Bank of Japan, and the Bank of England. The stagflation of the 1970s will soon meet the debt crises of the post-2008 period. The question is not if but when.

This commentary was published with permission of Project Syndicate — The Looming Stagflationary Debt Crisis.

Peter Morici: Stagflation will challenge the president in 2021

Stephen Roach: The ghost of Arthur Burns haunts a complacent Federal Reserve that’s pouring fuel on the fires of inflation

Thu Jul 8 , 2021
Lirium AG has received approval from the Financial Market Authority of Liechtenstein to provide crypto services to banks and other firms, according to a note from the company. Lirium is now certified as a CaaS (Crypto as a Service)  provider to offer the following services: Cryptocurrency exchange services – Allows Lirium […] 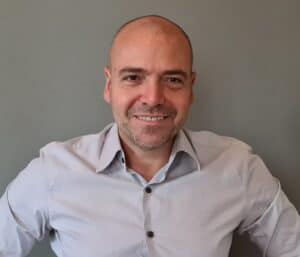