State officials are reinforcing a message to Ohio veterans that help is available for anyone, especially for those having a difficult time processing the events happening in Afghanistan.

Secretary of State Frank LaRose, who served as a US Army Special Forces green beret, says it’s important to help veterans overcome the stigma of mental health issues in order to ask for help.

“Those wounds that can’t be seen, need to be tended to,” LaRose says. “Now there was this old mentality that permeated the military for far too long of ‘our men and women in uniform are tough’ and sometimes they get confused in thinking that toughness means they can take care of it themselves. Well we’ve learned better. If you’re really tough, if you are a strong man or woman you’ll get the help you need and there’s a lot of help out there.”

Ohio National Guard Adjutant General Major General John Harris emphasized that the work carried out in Afghanistan was not in vain, saying “your service matters, you matter.”

Lori Criss, Ohio Department of Mental Health and Addiction Services, highlighted several resources available for veterans who are dealing with mental health issues such as suicidal ideations or depression. 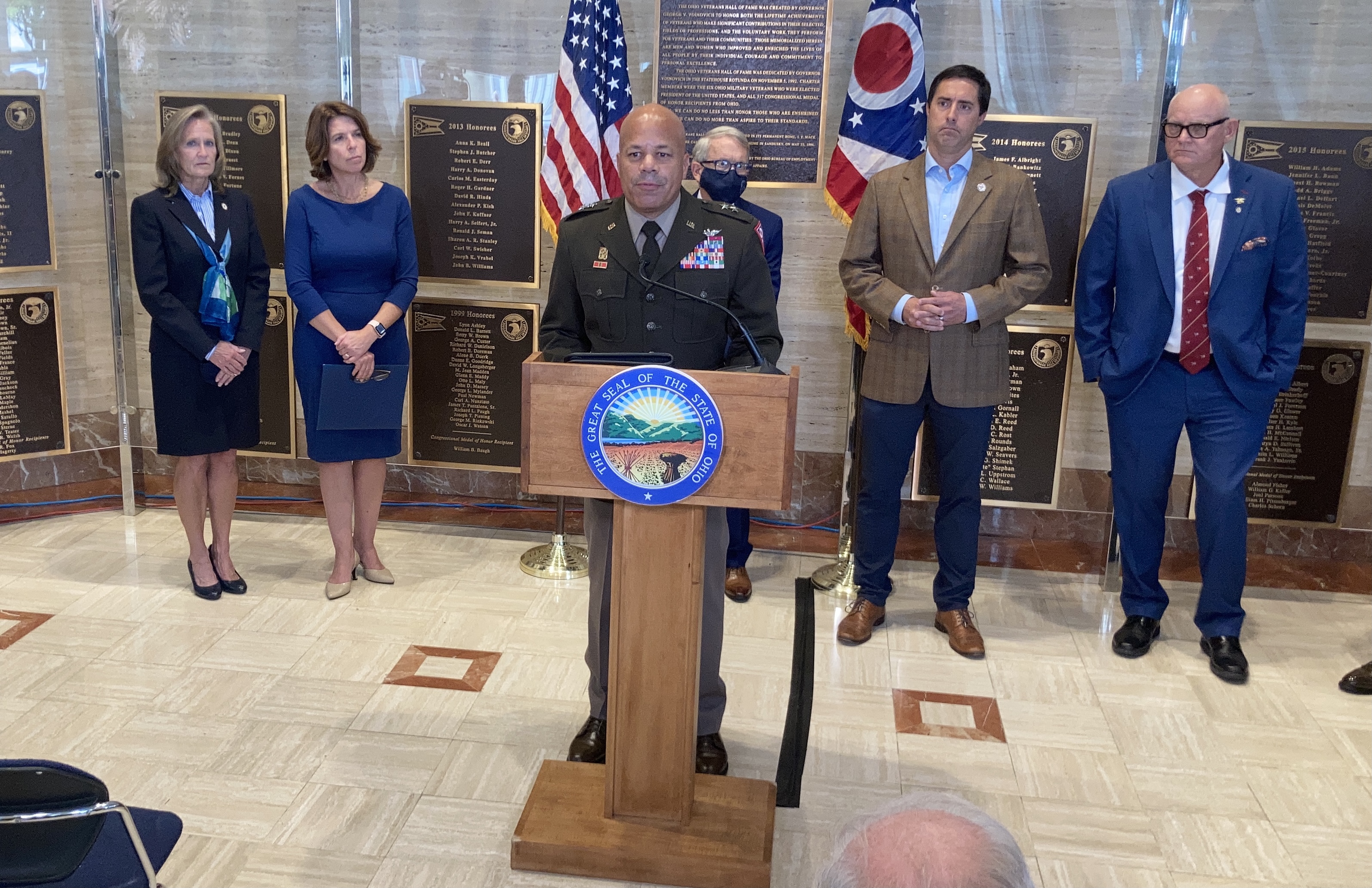 Criss says friends and family can also reach out to these resources to help a loved one who is struggling.

“There are two barriers to getting help, the first is that shame and stigma that many of us feel when we have a mental health concern and we don’t want to admit that to ourselves, much less to someone else. And the second is not knowing where to go for help. So we encourage family members to become familiar with the signs of mental health conditions and also to know where to go for help,” says Criss.

She says to look out for the warning signs of suicide which may be; sleeping too little or too much, acting aggressively or taking risks, saying “goodbye to people,” giving away prized possessions, disengaging from activities that they usually enjoy.

The state leaders were asked about veterans who have to wait to get help from veteran services. Criss says they are aware of that issue and that is why members of the military are also asked to reach out to local service providers.

Wed Sep 1 , 2021
Organic Bread Market PORTLAND, OR, UNITED STATES, August 31, 2021 /EINPresswire.com/ — Due to the health benefits associated with organic products, people are inclined toward it. Organic bread has high nutrition content and is free from any synthetic fertilizers. It is a ready-to-use breakfast across the world. It is certified […]