Sign up to myFT Daily Digest to be the first to know about Marks & Spencer Group PLC news.

Marks and Spencer is reviewing the future of its 20 French stores after border delays caused by post-Brexit customs arrangements hit deliveries of UK-made fresh and chilled foods such as its popular sandwiches.

The review comes 10 years after the UK retailer re-entered the French market using a franchise model, focusing mainly on Paris and on food, winning customers among expatriates and locals.

It follows reports of empty food shelves in the French stores following the UK’s January transition to post-Brexit trading arrangements. It is the latest fallout from more onerous customs requirements since the UK left the EU and opted not to pursue regulatory alignment in areas including food safety.

M&S said: “In light of the new customs arrangements we are taking decisive steps to reconfigure our European operations and have already made changes to food export into [the] Czech Republic.

“We operate a franchise business in France and are currently undertaking a review of the model with our two partners in the market.”

This year the company replaced fresh and chilled foods in its 18 Czech stores with frozen foods and other items with a longer shelf life following problems with deliveries of fresh products.

M&S may have to close some of its stores in France, which are operated by franchise partners Lagardère and SFH Invest, or stop selling sandwiches and chilled food there, according to the Mail on Sunday, which first reported the review. 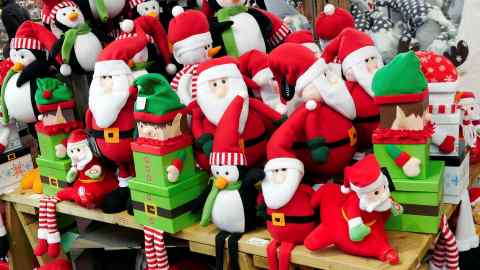 Food and drinks crossing from the UK to the EU now face complex paperwork requirements including vet-certified export health certificates for animal products and information about the origins of ingredients in combined foods.

While initial tailbacks and days-long delays at the border have abated, the additional requirements are still proving difficult to accommodate within “just-in-time” supply chains and for chilled foods.

M&S chair Archie Norman predicted problems in 2018, telling the Financial Times that “if our lorries are sitting in a lorry park near Dover for half a day, that would be the demise of the great M&S sandwich in Paris”.

M&S said in May this year it would accelerate an overhaul of its store estate after reporting a loss of £209m for the year to April 3 following a hit from pandemic restrictions. The overhaul has so far placed a greater emphasis on food, adding to the proportion of food-only sites.

The group reported £16m of costs linked to what Steve Rowe, chief executive, called the “horrific” administrative burden of Brexit, which was particularly affecting supplies to stores in Ireland, France and the Czech Republic.

In August M&S upgraded its profit guidance for the first time this century as shoppers returned to high streets.