JPMorgan Chase chief executive Jamie Dimon has predicted the bank is on track for one of its strongest quarters for dealmaking fees, helping compensate for anaemic loan growth and a slowdown in trading revenue.

“Investment banking, it could be one of the best quarters we’ve ever seen,” Dimon said on Monday at a virtual conference hosted by Morgan Stanley.

“I would just use a number like up 20 per cent for prior year [and] prior quarter. It could be 15-20 per cent. The reason for that is there are big deals that may or may not close.”

Since the middle of last year, Wall Street banks have benefited from a surge in merger and acquisition activity. This has been driven by the rise of special purpose acquisition companies, a mass of private equity capital searching for deals and large corporate buyers flush with cash as well as a robust market for debt and equity fundraising.

JPMorgan is currently top of the league table for investment banking fees earned globally, according to Refinitiv, with a little more than $5.5bn in the year to date, up from $3.98bn a year earlier. The bank has also grown its share of fees to 8.3 per cent from 7.5 per cent.

Dimon cautioned that the recent boom in trading of fixed-income securities and equities had slowed this quarter. 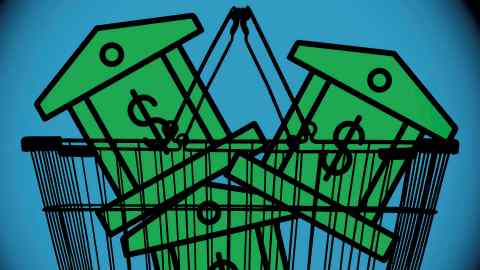 He forecast the bank would see revenue from trading in the coming quarter of “a little north of $6bn, which is still pretty good”.

One area of concern for bank investors and analysts has been the lacklustre growth in lending, which banks have put down to the market being awash with liquidity and consumers holding on to cash from stimulus programmes by the US government and the Federal Reserve.

Dimon said the bank was starting to see “just a teeny-weenie little bit” of loan growth. He said it would eventually pick up on the coattails of a strong US economy.

Dimon also used his appearance at the conference to cut JPMorgan’s forecast for 2021 net interest income, which is revenue earned from interest-bearing assets net of financing costs, to $52.5bn from about $55bn previously, which he acknowledged was a “little disappointing”.

Air Force One delay is latest setback for Boeing

Tue Jun 15 , 2021
Air Force One is a recognisable symbol of American power, but the prestige the presidential plane generates for its manufacturer Boeing is diminishing amid a legal spat in Texas and the prospect of delay and higher costs for US taxpayers. Boeing has told the US Air Force it expects a […] 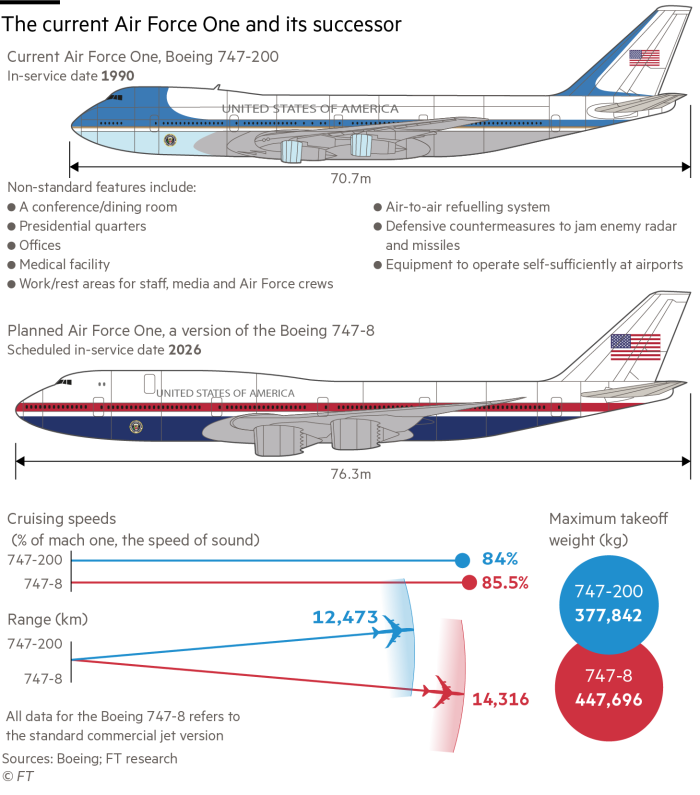