Israel’s Capital Market, Insurance and Savings Authority is requiring insurance companies and investment houses to detail and justify any investments linked to bitcoin, according to Israeli business publication Calcalist.

In a letter sent on Wednesday to institutions under its supervision, the authority called bitcoin a speculative asset with no intrinsic value, Calcalist reported.

According to Calcalist, Wednesday’s letter was issued in response to (and only a day after) digital currency investment house Silver Castle and the Tel Aviv Stock Exchange (TASE) announced the country’s first bitcoin-linked bonds will trade on TASE UP, the exchange’s trading platform for private companies.

Financial authorities in the country have been tightening regulations around crypto. At the end of July, the Ministry of Finance introduced a bill that would require all crypto holdings worth $61,000 or more be reported to the tax authority. A recently released report by the Justice Department said a new anti-money laundering order that also applies to virtual currency service providers will come into effect in November. Financial regulators, including the Capital Market Authority, were involved in preparing the legislation, the Justice Department report said.

In its announcement, TASE said the new bonds will expose institutional investors to bitcoin “with significantly reduced operational risks and product holding costs.”

“The capital raised in the [issuance of the bonds] will be used solely in the purchase of bitcoin and the monies will be fully exposed to the exchange rate of the bitcoin,” the press release said.

TASE and Silver Castle did not respond to requests for comment by press time.

Related: Cryptocurrency Market Tops $2T for First Time Since May

According to Calcalist, the letter from the Capital Markets Authority focused specifically on bitcoin-related investments by the institutions in question, such as pension company Altshuler Shaham’s $100 million investment into the Grayscale Bitcoin Trust earlier this year. It doesn’t apply to crypto trading at large.

“To be clear, we’re not talking about investments in cryptographic currencies in general, nor in the related technologies, which have an alternative economic rationale and might even enhance the market,” the letter said.

The authority will also require institutions to submit the minutes of the discussions and meetings in which they discussed these investments, along with all materials that supported the investment decisions, Calcalist reported.

Mon Aug 16 , 2021
Investment Banking updates Sign up to myFT Daily Digest to be the first to know about Investment Banking news. US and European banks have begun to move on from the worst effects of the coronavirus pandemic as they attempt to return to business as usual. Second-quarter results showed investment banking […] 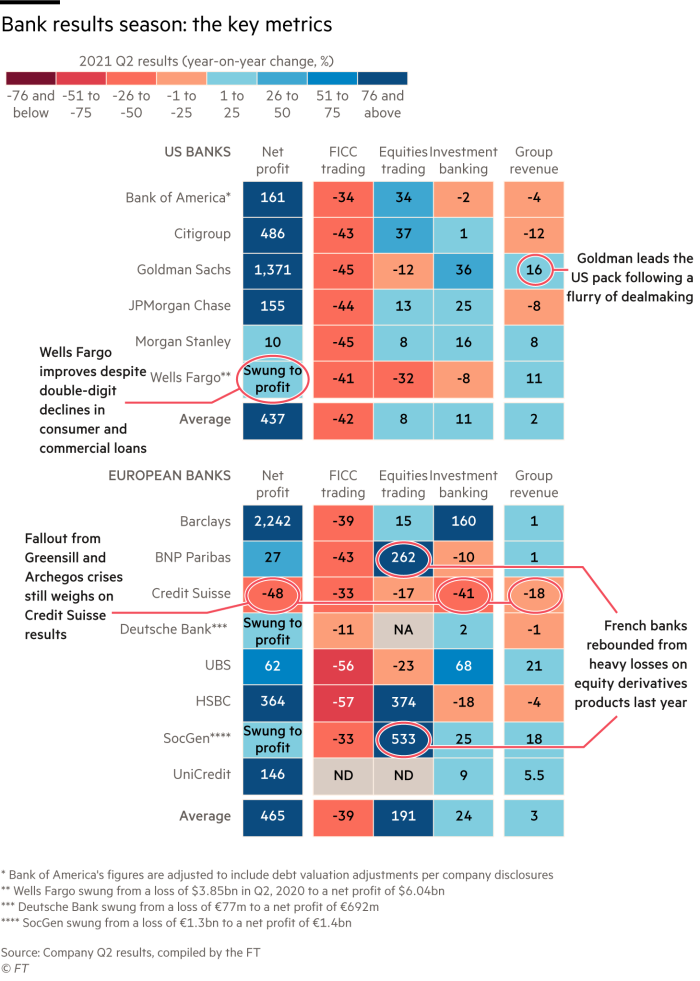