The Indonesian government’s plan to launch a blockchain-based, precious metals-backed payments and savings platform outside the banking system will likely drive financial inclusion further in a country where about 51% of adults, or 95 million citizens, are unbanked.

Developed by Indonesia’s state-owned postal service, PT Pos, and foreign token provider Kinesis, PosGO Syariah is a Shariah-compliant mobile platform that allows users to trade gold and silver with physical delivery, as well as save, transact and manage their wealth in digital tokens without bank accounts.

PosGO, supported by the country’s National Sharia Council, offers digital access to gold and is touted as the first Islamic mobile ecosystem business in Indonesia.

The supply of physical gold, which the developers believe will likely attract most volume due to affinity among the locals, comes from Kinesis’ partner and founder, Allocated Bullion Exchange, an online trading platform. Kinesis and PT Pos are building a vault to store the physical gold inside the country. Kinesis CEO Thomas Coughlin also heads the Allocated Bullion Exchange.

PwC’s crypto team analyst, Galen Law-Kun, said the introduction of PosGO in Indonesia will mark the first step of a wider adoption of stablecoins, a form of cryptocurrency that is pegged to an underlying asset, which is precious metals in this case. Stablecoins are also now attractive to mainstream, and potentially more risk-averse, users looking for a means of payment or a stable store of value to conduct day-to-day transactions, he added.

Jeremy Samuel, CEO of Melbourne, Australia-headquartered Digital Metal Exchange, said gold-backed assets are generally a reliable unit of foreign exchange, making it an attractive route for the Indonesian government to go into. Gold’s Shariah-compliant status also benefits Indonesia given its position as the world’s most populous Muslim country, he added.

“It’s all about building a platform that people have trust in … In Islamic-dominated countries, people have an increased level of trust in Shariah-compliant financial offerings,” Samuel said. “This is partly because of the requirement for physical backing and gold is a very preferred asset for this.”

Access to financial services, including the means to save, grow and use one’s wealth, is a key part of Indonesian President Joko Widodo’s initiative to reduce poverty and promote more inclusive economic growth. Latest figures from the country’s Financial Services Authority estimated a financial inclusion index of 76.19% as of 2019, lagging behind many of Indonesia’s neighbors, with Widodo wanting the index to be at 90% by 2024.

Kinesis’ gold and silver currencies are built on a blockchain-based platform and available at a rate of 1 gram of gold or an ounce of silver per token. The tokens can be spent globally and traded on the Kinesis Exchange into other cryptocurrencies. The digital physical trading feature of PosGO is carried out under the regulations of Badan Pengawas Perdagangan Berjangka Komoditi, or Indonesia’s Commodity Futures Trading Supervisory Agency.

Linking digital tokens with precious metals, especially gold, allows trades in smaller increments and brings down the cost threshold for users in accessing investment and financial services. Experts believe gold-backed fintech, such as gold-linked tokens redeemable in physical form, will grow in Asia due to the population’s affinity for gold and the rising demand for online investment options.

Chirag Sheth, principal consultant of South Asia at consultancy Metals Focus, said in an interview that online investment options, including digital gold wallets and gold-linked tokens, have gained momentum in Asia over the last few years with more tech-savvy investors and the younger generation being drawn to them. However, the market remains small compared to the overall physical market. India and Indonesia are the leading markets of precious-metals trading in Asia, he added.

“What is worth understanding is that investing in gold is changing now, especially in Asian countries like India, Indonesia and China, where a majority of the population is below the age of 45 … These are tech savvy investors,” Sheth said.

Gold-linked tokens are bringing in new avenues of investing in the metal for millennials who were not very interested in buying traditional products such as gold jewelry or gold coins, but showed an increasing interest in cryptocurrencies, he added.

In Indonesia, digital wallet services are already widely distributed by emerging platforms such as GoPay and OVO. PosGO has linked GoPay and OVO into its system, through which users can buy gold-linked digital tokens with their existing accounts. Its next step will be to allow users to buy goods and services via the two platforms using Kinesis’ digital coins, according to Kinesis.

Kinesis CEO Coughlin said that government backing is vital in rolling out the platform, while spot physical gold’s status as a naturally Shariah-compliant product — being interest-free and backed by physical assets — is a key contributing factor driving this collaboration.

While gold and cryptocurrencies are different assets, cryptocurrencies have recently received some investor interest from the gold sector as a hedge against currency devaluation and volatility, said Rhona O’Connell, head of market analysis for Europe, the Middle East, and Africa, and Asia at StoneX. The analyst said the combination of gold and digital tokens would help draw more investors, although traditional gold investors are likely to remain loyal. “Especially there have to be question marks over the liquidity of some cryptocurrencies,” O’Connell added.

Beyond Indonesia, Coughlin said the company will be looking to introduce similar products in other financially underserved nations and hopes to work with other Southeast Asian countries, Africa, the United Arab Emirates and Latin America to provide stable money and infrastructure for payments.

How pandemic start-ups are dominating the UK business industry

Thu Jun 3 , 2021
© Monkey Business Images Mike Elliff, CEO of Tyl by Natwest, dives into the findings compiled by the company that reveals how on average, 50,000 start-up businesses were created every month in 2020 As UK entrepreneurs fought back against the trials and tribulations of the pandemic last year, 770,000 new […] 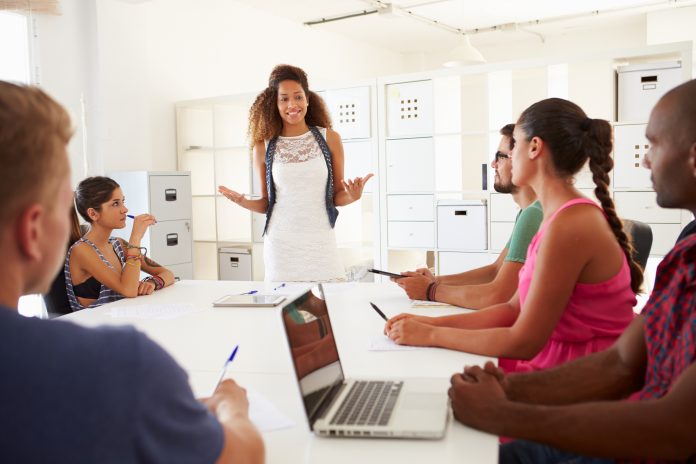