This month three carriers of homeowners’ insurance informed state regulators they will be dropping more than 53,000 policies just as hurricane season is arriving.

Some Volusia County insurance agents say they’ve been busy — not unlike accountants during tax season — working with customers to find new insurers willing to carry them, while other property owners are seeing significant rate increases.

THINKING OF BUYING?:Five myths about the home market that may change your mind about buying

The companies that have filed mass non-renewal notices with the Florida Office of Insurance Regulation are:

Gulfstream and Universal are surprising some customers with midterm cancellations, considered by industry insiders as unusual.

“This is just the beginning. We will see other insurers going before the regulators over this for similar actions,” said Mark Friedlander, director of corporate communications at the Insurance Information Institute, an industry research organization.

Kyle Ulrich, president and CEO of the Florida Association of Insurance Agents, said the property insurance industry lost about $1.7 billion in Florida in 2020.

“That’s the kind of loss no industry can survive,” Ulrich said.

Friedlander, who works remotely from St. Augustine and keeps close tabs on Florida, said his organization, the Triple-I, analyzed property-claim lawsuits in 2019 and found 76% of those filed nationwide were in Florida. The Sunshine State accounts for just 8% of all U.S. property claims.

Florida is the most expensive state for homeowners’ insurance, Friedlander said.

Jeff Whyte, owner of WFG Insurance, an independent agency in New Smyrna Beach, said new Florida clients are experiencing a market with fewer competitors, as other companies are limiting business to newer construction homes and in lower-risk geographic areas.

“It is very important the consumer knows the individuals are not getting singled out unless they have an excessive claim history,” Whyte said. “More than likely, (insurance companies) pick several homes in one geographical area. It’s nothing personal.”

“In all the years I have been doing this, I’ve never seen anything like this market,” said Becky Geisler of Volusia Insurance of Port Orange.

“It’s not just one insurance company. We are getting requests from clients being non-renewed by many different carriers,” she said.

While some companies are dropping policies, customers are usually able to find replacements, “but at much higher costs.” A policy that cost $900 might be replaced by one for $2,500, Geisler said.

Autumn Scarsella, an agent with The Smith Agency, New Smyrna Beach, said her firm doesn’t work with any of the companies that are non-renewing Florida policies, but she is getting calls from new customers searching for an alternative carrier.

Beyond those being non-renewed, some homeowners are experiencing higher rates and difficulty getting specific types of insurance, such as wind.

“I’ve seen the market tighten up as far as the carriers not writing everything,” Scarsella said. “Some insurance companies won’t write homes older than 2000 or 2010.”

When agents can’t otherwise find a policy for homeowners, they turn to the state-run insurer of last resort, Citizens Property Insurance Corp.

The trend is expected to continue, with analysts projecting growth to 750,000 policyholders by the end of 2021. That would likely push it past the largest the property insurer in Florida, Universal Property and Casualty Insurance Co., which had 714,000 policies in September 2020.

Ulrich of FAIA said it’s essential for Citizens to be available to homeowners who face true disasters, but a healthy, competitive private market would be preferable.

“The downside of (Citizens) is while their claim will be paid, Citizens doesn’t provide nearly as robust coverage,” he said. “People shouldn’t go without certain types of coverages and limits they need. It’s a really unfortunate situation.”

The situation has led to calls for change in state insurance laws.

“Florida is the No. 1 litigation state when it comes to property insurance,” said David Santiago, a former state representative from Deltona and insurance agent who is now executive director of Floridians for Lawsuit Reform, a social welfare nonprofit funded in part by the insurance industry.

In some cases, contractors were going door-to-door promising to get homeowners a “free roof,” by filing claims against insurance companies, and when they’re denied, they sue, Santiago said.

“Unfortunately, what has happened is many of those third-party lawsuits have transitioned to first-person lawsuits,” Ulrich said. “Lawyers have gone now directly to the homeowners and in many cases, they have a partner, so to speak, a roofer or a contractor or a water mitigation company that is really nothing more than a runner for the law firm that goes door-to-door and says, ‘We’ve gotten free roofs for your neighbors.'”

Those kinds of claims are being made in years without hurricanes and in counties, such as those in Central Florida that property-insurance companies used to consider less risky than the coastal counties, Ulrich said.

Santiago said Florida’s system is “out of whack,” and in need of reform.

“The way our laws are structured, it’s a fruitful marketplace for trial lawyers and less-than-scrupulous contractors,” Santiago said. “We are definitely an outlier, and Floridians are paying the price for it.”

Never miss a story: Subscribe to The Daytona Beach News-Journal using the link at the top of the page.

Sun Jun 6 , 2021
Hello readers,  Happy Saturday, and welcome to Insider Finance. Here’s a rundown of the must-know stories from the past week: If this email was forwarded to you, sign up here to get your daily dose of the stories dominating banking, business, and big deals. Wall Street banks are snapping up healthcare […] 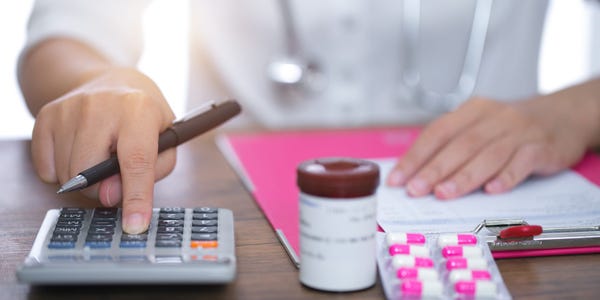