WASHINGTON, Aug 30 (Reuters Breakingviews) – The U.S. consumer is coming to the rescue of the global economy. Back in 2009, companies turned to China to prop up a shaken world. Now, with decades-high inflation in many countries, they’re looking for the United States to do the heavy lifting. Covid-19 lockdowns and war are taking their toll, but spending has been resilient.

China’s role in alleviating the impact of the global financial crisis has been widely overestimated. Its 4 trillion yuan ($586 billion in current dollars) stimulus package compensated for plunging foreign demand by plowing money into infrastructure. The policy increased purchases of iron ore and other commodities from Australia and elsewhere, put a floor under Chinese revenue streams at businesses such as Starbucks (SBUX.O) and Volkswagen (VOWG_p.DE), (VOWG.DE), and pushed quarterly GDP growth to a blistering 11.9% by the end of 2009. Since most of the non-commodity demand was created inside China’s borders, however, its effect on overseas job creation was limited.

In contrast, the United States is stepping up now to provide some relief. Aided by government stimulus funds, U.S. households have about $2.5 trillion in excess savings, according to the Brookings Institution nonprofit research outfit. All that cash is partly why retail sales unexpectedly rose 0.6% in July from the previous month on an inflation-adjusted basis, according to Commerce Department data released earlier this month.

The strong dollar, which reached a 20-year high in July against a basket of currencies, is also helping. Imports from China jumped 20% in the first six months of 2022 from the span a year earlier, while also increasing 12% from Europe. There has been some slowdown as supply chain bottlenecks are resolved and lower-income Americans feel the pinch from rising prices, affecting sales at retailers such as Walmart (WMT.N).

Top earners keep greasing the economic wheels, however. Revenue at LVMH (LVMH.PA), owner of Tiffany and Christian Dior, for example, grew 21% in the first half this year, even though sales in Asia, excluding Japan, were essentially flat because of China’s pandemic restrictions on movement. The 24% top-line growth in the United States pushed the country’s overall sales proportion higher, to 27%. This summer, Home Depot (HD.N) quickly sold out of a $299 Halloween skeleton made in China.

Americans, who have been affected less than Europeans by the war in Ukraine, are also spending abroad. Travel insurance company Allianz Partner estimated U.S. holiday trips to Europe would increase 600% this summer. And they’re spending more, too, increasing their travel budgets on average by $440, to $2,760, compared to less than $1,800 in spending by Europeans, according to an Ipsos survey. The uplift will help the sector get close to recovering its pre-pandemic 10% contribution to global GDP, which almost halved in 2020, according to the World Travel and Tourism Council.

U.S. spending could keep going for a while. JPMorgan (JPM.N) Chief Executive Jamie Dimon said in June that Americans still had up to nine more months of spending power. Bank of America (BAC.N) boss Brian Moynihan has been more optimistic. He told CNBC in July that even median-income earners, who had about $3,500 in their bank accounts before the pandemic, have about $13,000 to meet pent-up shopping demand, and were in good financial shape.

So far this year, China’s contribution has been mostly negative. Private consumption’s share of GDP is now forecast to fall to 37% by the end of the year, compared to 68% in the United States. Its record-high trade surplus highlights weak demand at home.

Foreign companies are feeling the pain. Starbucks grew comparable store sales by 9% in North America but contracted 44% in China in the quarter ending July 3. Ford Motor’s (F.N) quarterly China sales volume is down 38% from where it was at end of 2021; European carmaker Stellantis (STLA.MI) has thrown in the towel and ended its joint venture in the country. One of the only silver linings is that thanks to a tanking property sector, the world’s second-largest economy is not amplifying commodity price inflation.

For some companies, the economic toll in China has only been a blip. Although Airbnb (ABNB.O) shut down its business there, with all mainland listings taken down in July, the online lodging marketplace expects record third-quarter revenue of nearly $3 billion. Like many others, it can thank American consumers.

(The authors are Reuters Breakingviews columnists. The opinions expressed are their own.)

U.S. retail sales rose 0.6% in July from the previous month on an inflation-adjusted basis, according to Commerce Department data released on Aug. 17. The fall in gasoline prices resulted in the cost of goods dropping 0.5%, which left consumers more money to spend on food at grocery stores and restaurants.

Column by Gina Chon in Washington and Pete Sweeney in Hong Kong; Editing by Jeffrey Goldfarb and Sharon Lam

Opinions expressed are those of the author. They do not reflect the views of Reuters News, which, under the Trust Principles, is committed to integrity, independence, and freedom from bias.

Asia Economics Editor Pete Sweeney joined Reuters Breakingviews in Hong Kong in September 2016. Previously he served as Reuters’ chief correspondent for China Economy and Markets, running teams in Shanghai and Beijing; before that he was editor of China Economic Review, a monthly magazine focused on providing news and analysis on the mainland economy. Sweeney came to China as a Fulbright scholar in 2008, and in that role conducted research on the Chinese aviation industry and outbound M&A. In prior incarnations he helped resettle refugees in Atlanta, covered the European Union out of Brussels, and took a poorly timed swing at craft-beer entrepreneurship in Quito even as the Ecuadorean currency collapsed (not his fault). He speaks Mandarin Chinese, at the expense of his Spanish.

Inside the rise of 'stealerships' and the shady economics of car buying : Planet Money : NPR

Thu Sep 1 , 2022
Recently, my truck was stolen, forcing me to get some new wheels. And, for the first time in my life, I’ve been looking to buy a new car. The process has involved hours of searching. Painful haggling. And encounters with many dealerships that, quite frankly, have been downright duplicitous. The […] 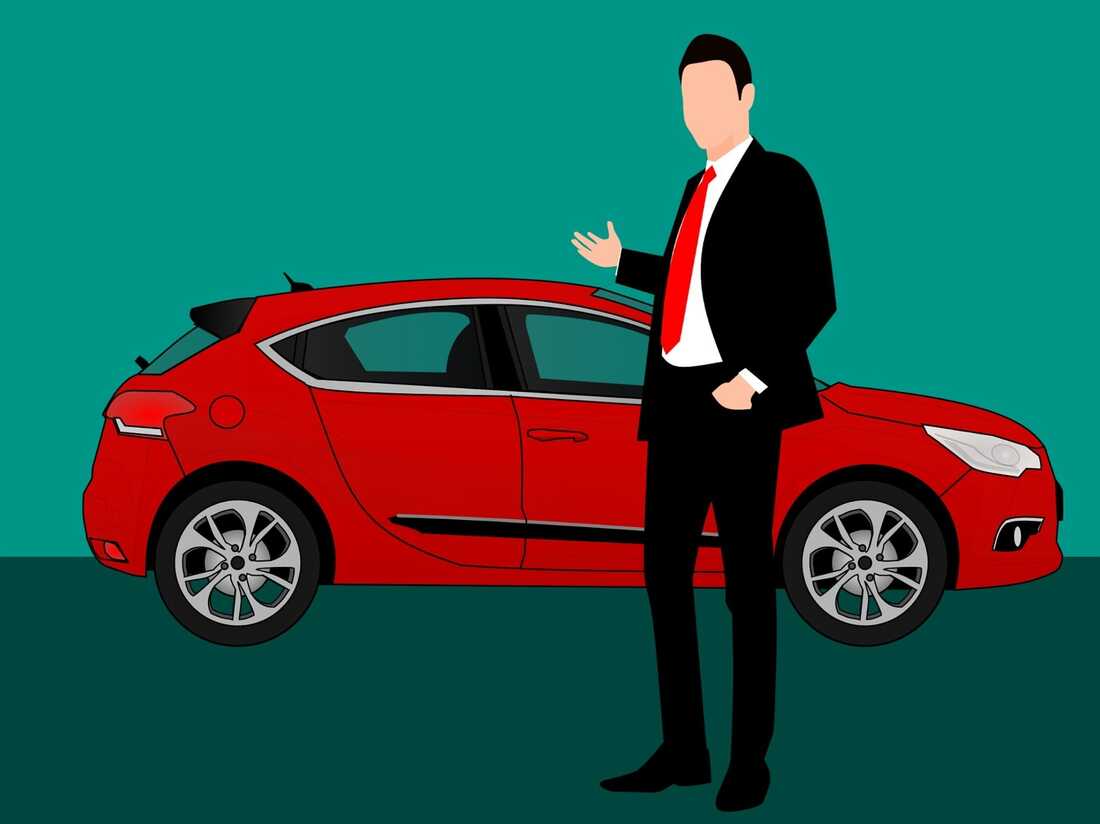