LEESBURG — The leisure and hospitality industry — hotels, restaurants and entertainment businesses — took a significant hit due to the COVID-19 pandemic and last year’s economic shutdown.

And the sector is struggling to bounce back, a fact that was obvious Tuesday at a hiring event in partnership with the Leesburg Chamber of Commerce and CareerSource Central Florida on Tuesday.

Despite an increasingly high demand for employees and a rising interest for hospitality services, employers are struggling to find workers.

And while the hospitality hiring festival gave businesses a chance to speak with potential employees and fill positions, one thing was lacking: a long line of eager employees.

Freddy Clark, human resources assistant at Mission Inn, said that demand for hospitality service has doubled, but the resort is working with reduced staffing numbers.

“Because of the pandemic, we had a pent-up demand for entertainment and people wanting to get out,” Clark said. “That has increased demand, and at the same time, supply has dried up, as far as work force goes. A lot of people who were in the service industry moved away from it.”

Getting back to normal:Rebuilding our community

“It’s not just the hospitality industry, it’s everybody,” Kelly said. “I think as long as the stimulus checks continue to flow, it’s going to be hard for somebody to really come back to work and make less money than you could if you stayed at home.”

In an effort to receive more interest in potential jobs, the owner has used networking through current employees to reach students and other part-time workers, bringing in employees that weren’t being reached before.

“We’re not seeing much applying at all. That’s the hard part. Nobody’s coming in, even asking,” Kelly said.

As the COVID-19 pandemic eases, Florida’s unemployment rate was 4.8% in April — rising only 0.1 percent from March and remaining below the 6.1% national rate, according to the Florida Department of Economic Opportunity.

Florida lost 1,269,200 jobs from February to April 2020 and has since gained back more than half of the jobs lost, according to reports.

With positive over-the-year growth in April, the hospitality and leisure sector reports a gain of 302,000 jobs, with an over-the-year change of 42.7%.

While there is rising demand for workers, employers and employees continue to struggle to come together to meet the growing need.

Other businesses continue to grow, but staffing remains a concern.

Alexander Hernandez, assistant manager at San Jose’s in Leesburg, says that the restaurant had seen increased sales numbers throughout the pandemic and even just finished remodeling earlier this year.

Despite the difficulties the hospitality industry faced, the local restaurant chain endured.

“It was definitely a struggle at first,” Hernandez said. “Our sales were actually great, and we didn’t lose that much business… but a lot of people were affected.”

While the restaurant has seen increased sales numbers, the greatest challenge has been getting people to apply or come in for interviews, according to HR Manager Armilla Misir.

“They’re not motivated to work,” Misir said. “It’s probably because of the extra money they’re getting from the government. They’re able to stay home for that time period.”

Benefits are running out

Many states have recently announced an end to extra unemployment benefits put into place because of the COVID-19 pandemic that crippled the economy.

The Florida Department of Economic Opportunity announced that the state will end its participation in the Federal Pandemic Unemployment Compensation program on June 26, cutting off the $300 per week unemployment payment.

A total of 25 states are ending their participation in federal unemployment programs, including Georgia and South Carolina will cut off all federal benefits, not just the $300 payments, on June 26 and June 30 respectively.

Many looking for workers, like some of the hiring managers at Tuesday’s event, believe continued unemployment benefits are keeping people out of the workforce.

But experts say the issue may be deeper than a continued government check.

Other pandemic-era factors, including continued health risks, early retirement, low pay and career changes as well as child- and eldercare, especially for women, may be dampening employers’ search for workers — and the hospitality industry’s rebound.

Sat Jun 12 , 2021
Sign up for the New Economy Daily newsletter, follow us @economics and subscribe to our podcast. East Africa’s largest economies plan to borrow at least $16 billion to fund an economic revival, while striving to ease their debt burdens after the coronavirus pandemic battered governments’ revenue. Finance ministers in Kenya, Uganda and Tanzania will […] 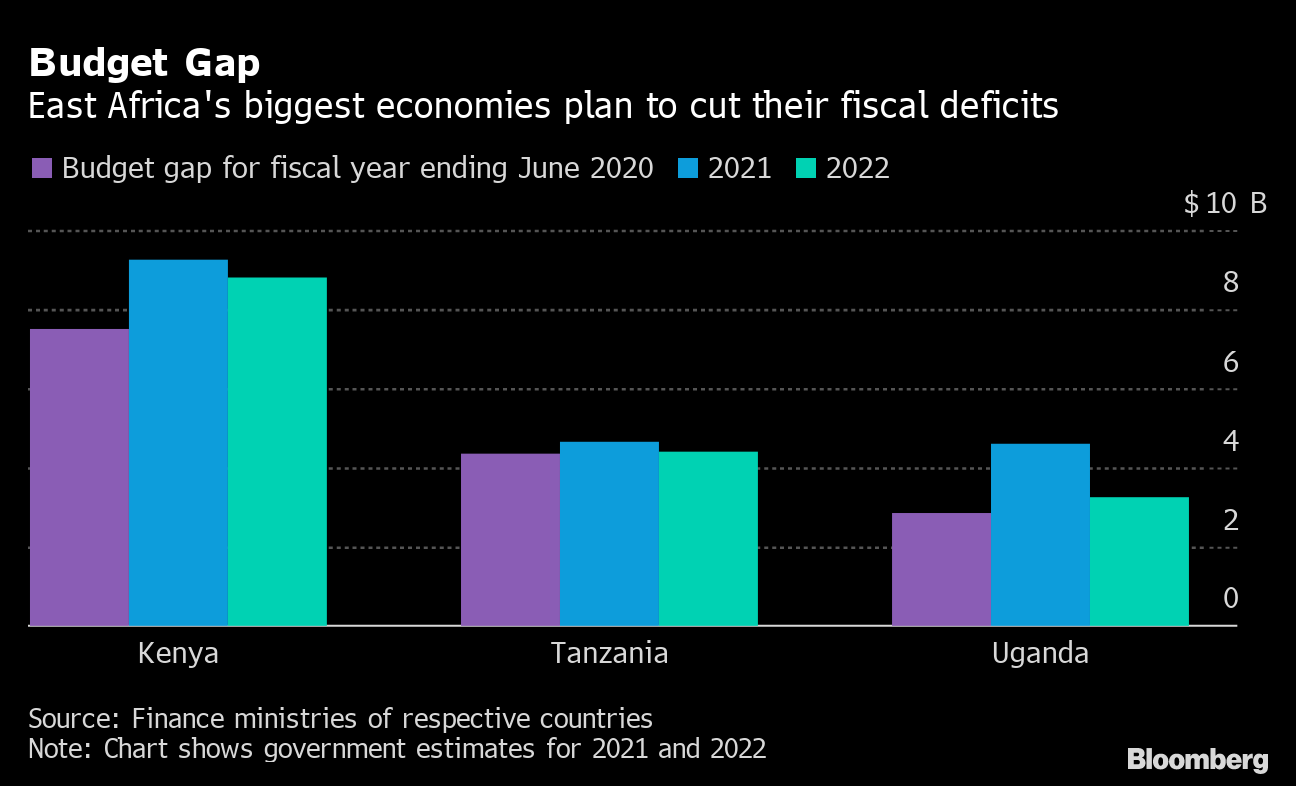