LISBON, Ohio – A groundbreaking was held Monday morning for an addition to Pondi’s Restaurant that will add 2,600 square feet to the building and allow the restaurant to expand its offerings.

The two-story expansion will be on the rear of the building, 8954 State Route 45 just outside Lisbon’s village limits, will allow the restaurant to host an additional 30 patrons and semi-private events such as bridal showers and business meetings, owners Matt and Jessica Borza said. The second floor will house a new kitchen and restrooms, while a secondary kitchen on the first floor will accommodate a new business line: Pondi’s Market.

The concept will offer partially prepared meals, such as steaks, sausages and other specialty items. The restaurant will also offer Pondi’s Market Meal Kits, offering simple step-by-step instructions, fresh, pre-measured ingredients and prepared sauces and side dishes.  Party platters and trays, family style offerings and other retail offerings will also be sold.

Admitting that, a year ago, they had gone through their “most challenging time as a business,” Matt Borza said the expansion project is possible largely thanks to the outpouring of support from loyal customers and the dedication of the staff. Work is expected to be completed by late fall.

In operation for more than 100 years, the restaurant has never been closed due to lack of business, Matt Borza said.

“It’s a historical landmark right here in Lisbon, a century-old restaurant,” he said. “You don’t see that very often in this state.”

Initially the private home of Romanian immigrants John and Annie Pondi, the restaurant evolved after John began bringing co-workers home with him from the copper mill across the street to eat his wife’s cooking.

“Annie Pondi’s cooking got its start there. They got the bright idea to give it a go as a restaurant in 1916, when they served their first hamburger for money,” Matt Borza said.

The restaurant has changed hands three times since the Pondi’s owned it, with the Borzas taking  over in 1998. Annie Pondi was Matt Borza’ great-aunt, and he said, “We’re trying to keep the strong tradition alive.”

Treg Steves, chief operating officer for the restaurant, served as Pondi’s chef for 15 years before leaving to continue his education, but said he returned for a “once in a lifetime chance” to help the Borzas “present some things Lisbon has never seen before.”

“We ran into a snag. After 100 years of operating here without a flood, we learned we are in a flood zone,” she said, adding that Johnson’s office was instrumental in seeking a change in that designation.

Such an effort, Johnson said, are “small potatoes compared to what you’re seeing happening right here.

“This is the American success story,” said Johnson, R-6 Ohio. “A private entrepreneur putting their money, their reputation, their future, taking their risk, to build something not just for their family, but the community,”

The congressman also pointed to the employee base at Pondi’s, saying, “Many restaurants have gone completely under because their clientele fell off or they couldn’t get employees to come back to work. Matt was telling me nearly all their employees are back to work. That doesn’t happen by accident. That happens because of the culture that is built here by Matt and Jessica and by how they treat their employees.”

Also offering his congratulations was state Rep. Tim Ginter, who said his office would have been happy to help the Borzas seek financing for their project but they never asked for money. 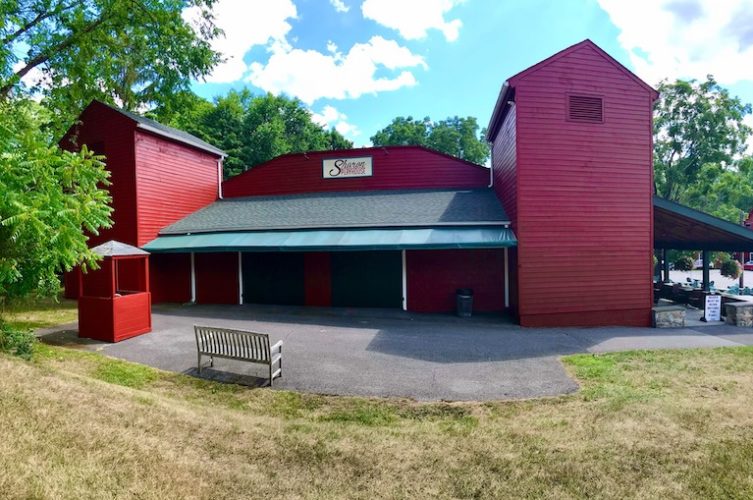