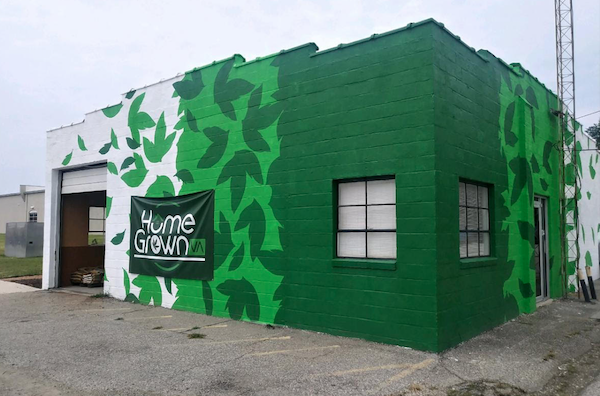 Barely a month into Virginia’s first steps of legalizing recreational marijuana, new businesses continue to sprout around Richmond to cash in on the fledgling industry.

Among the most recent arrivals is HomeGrown VA, a cannabis growing supply shop that opened in early July.

The retailer, at 1704 Arlington Road near The Diamond, sells soil, lamps, nutrients and other products needed for home cultivation of marijuana.

The shop wants to set itself apart with an emphasis on events such as marijuana seed swaps and socials to bring growers together to exchange ideas.

“This is a highly individualized sport, as I like to call it. Ask 200 growers for their opinions and they’ll give you 200 answers,” said I.V. Miller, who co-founded the company with fellow restaurant-industry veterans Joe Vega and Peter Hilleary.

Miller expects most events will be free and open to the public, and that programming will help the store attract and retain a customer base.

The company leases a 3,200-square-foot space. Miller said a portion of that could be used as a classroom in the future.

“We have so many people coming to us looking for a place to hold classes,” he said.

Miller said sales have been good thus far. While some customers spend as much as $1,500 to get a complete setup, the average transaction comes to around $100.

The three founders met through Bar Louie, where they served in various management capacities in the restaurant chain’s Virginia footprint pre-pandemic. The trio united to launch HomeGrown after a period of out-of-state moves, job changes and pandemic-related layoffs.

Miller also continues to manage restaurants for OTG Management at John F. Kennedy International Airport and he splits his time between New York and Richmond. Vega, who brings experience in marijuana growing to the venture, works full-time at HomeGrown along with Hilleary.

Another local business moving in on the emerging marijuana market is ad firm Madison+Main.

It recently launched cannabis marketing offshoot Flwr Pwr, which it describes as an agency sub-brand focused on marketing medical and recreational cannabis businesses and guiding them through the industry’s regulations.

Heading up the venture is Kent Brockwell, Madison+Main’s communications director, along with agency President Molly Whitfield and founder Dave Saunders. 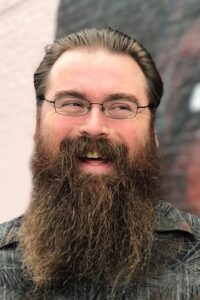 Brockwell said Flwr Pwr is the first Virginia-based cannabis marketing firm to be registered in the commonwealth, having registered with the State Corporation Commission on July 1 – the same day that legalization of marijuana possession and personal cultivation took effect in the state.

While a separate LLC, the new firm will operate under the umbrella of the 15-year-old agency, which Brockwell said has built a client base in regulated industries that require compliance with various marketing regulations.

“We’re very adept at highly regulated markets, so that’s something we can bring to these emerging cannabis brands that will all be getting kicked up in about three years, once legal sales are allowed in 2024,” Brockwell said.

“There’s a lot of hoops that these new businesses will have to jump through that they might not know about. Our goal is to help guide them through the regulatory minefield so their license is protected, and so they’re putting their brand and image out there in the best way possible from day one.”

While subject to change by 2024, Brockwell said regulations include restricting health-related statements from advertising, limiting TV or radio airtime to school-time hours to reduce potential reach to under-21 audiences, no pop-up digital ads, and so on.

With hundreds of new businesses projected to start up as the industry gets into full swing, Brockwell said a lot of those will be run by first-timers in an industry that’s going to be new to everyone.

“The way they’ve set the licensing up, it really opens up potential for small businesses and the advantage for small business, so we’re going to see a lot of people jumping into this that haven’t worked in the industry before and maybe haven’t owned a business before,” he said.

“There’s a big green wave coming to Virginia that’s going to affect everyone. It’s going to be a big eye-opener. I don’t think people realize how big this is going to be.”

As the recreational marijuana market continues to develop, the slightly more mature medicinal side of the industry has spawned another new venture. 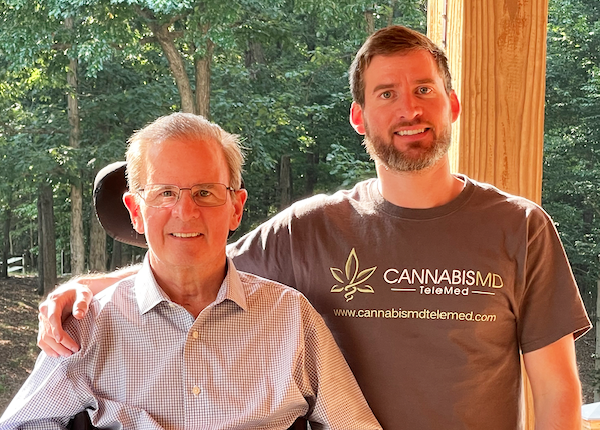 CannabisMD TeleMed, a locally-based telehealth company that approves the medical card required for patients who want to buy THC- and CBD-based medical products from state-approved dispensaries, launched in January.

CannabisMD is a remote company that largely conducts its evaluations virtually, though it will occasionally see patients at an office it shares with another medical provider at 1230 Alverser Drive in Chesterfield County.

The company launched as a means for physician Steven Fiore to continue his medical career after a 2017 motorcycle accident left him a quadriplegic. He’s helped in the business by his son Scott Fiore.

“It was quite an adjustment for him and me,” Scott said. “I quit my job to help take care of him and during that process he struggled with how he could help people after his accident … He couldn’t be a surgeon anymore so he had to find other ways to practice medicine without using his hands.”

Scott has a background in sales and now works full-time at CannabisMD, where he handles the business side of operations while his dad leads the medical side. The company has a full-time receptionist and calls on four part-time contracted physician assistants who also write certificates.

With the legalization of recreational marijuana in July, Scott said they worried about a drop in demand. But CannabisMD actually saw a short-term bump in appointments earlier this month, and expects to see continued interest from people who want a medically grounded approach to cannabis consumption.

“I’d say a good amount of our patients want to speak to a physician or a physician assistant to really explain the pros and cons and guide them through the process,” Scott said.

CannabisMD only sees patients in Virginia, and most of them have come from the Richmond area. Amid the competition of similar telehealth companies with multi-state operations, Scott said marketing efforts like radio ads and yard signs as alternatives to Facebook and Google ads have helped get the concept in front of potential patients.

“That’s the toughest thing about the industry, getting patients to recognize our business,” he said.