They are a ground-up new design with cutting edge drive units, a clever composite front baffle and a smart integrated stand that comes as part of the package. They certainly look like a carefully considered proposition.

These are the smallest model in the company’s flagship Confidence range, which also includes three pricier floorstanders topping out at £35,000 ($39,999/AU$75,000) for the imposing Confidence 60 towers.

As would be expected at this level, Dynaudio hasn’t held back when it comes to engineering. The new Esotar3 soft-dome tweeter is claimed to be the company’s finest to date. It uses a powerful Neodymium motor system and controls the airflow behind the 28mm diaphragm using what Dynaudio calls a Hexis inner dome. This piece is claimed to reduce resonances and therefore help the tweeter produce a purer and cleaner sound. There’s also a large damped chamber behind the Hexis to absorb any unwanted rearward radiation.

This Esotar3 is mated to an all-new 18cm NeoTec MSP (Magnesium Silicate Polymer) mid/bass unit through a high-quality second-order crossover. The crossover frequency is a relatively conventional 2.3kHz and the connection is through a single pair of high-quality binding posts. We have no issue with the lack of bi-wiring.

On the surface, Dynaudio’s continuing use of MSP cones in its drivers makes it appear a little stagnant – after all, sticking with the same drive unit material for forty years hardly looks like progress. Yet the reality is different. MSP is a proprietary material that has been refined over the years to do its job better. The company feels it still offers the best balance between low weight, stiffness and damping of the cone materials available.

This new mid/bass unit benefits from increased attention paid to the airflow behind the cone and a carefully honed motor system. It is tuned by a downward-firing port, which necessitates the use of the integrated speaker stand. Conventional supports with a standard top plate would block the port’s output and stop the speakers from working properly.

The Confidence 20’s cabinet is a relatively slim, curved affair. It’s beautifully finished, as would be expected at this price level, and is available in five smart finishes: Blonde Wood and four high gloss options (Midnight, Raven Wood, Ruby Wood and the intriguingly named Smoke). The cabinet’s technical highlight is the Compex front panel. Compex is a composite material that results in a rigid but well-damped platform for the drive units to work from.

The downward-firing port makes the Confidence less fussy about placement relative to walls than a rear-firing port design would be, but these Dynaudios still sound more balanced when placed well away from all walls in our test room. We angle them slightly towards the listening position to firm up the stereo image but don’t feel the need to play around more than that, given the impressive focus of the nicely layered, expansive soundstage.

A speaker such as this positively demands top-class electronics. The Confidence 20’s 6-ohm nominal impedance (with a gentle minimum of 5 ohms) certainly suggests that these speakers aren’t an unduly difficult load. While we have no doubt that there are a number of excellent low output power amplifiers that would give good results, you’ll probably need something with at least 100 watts per channel if you want to make the most of the Dynaudio’s considerable abilities. That’s especially the case if you have a larger room or like to listen at high volume levels.

Source components set the upper limit on system quality, so we take no chances. Our usual Naim ND555/555 PS DR music streamer is pressed into service alongside Linn’s terrific new Klimax DSM. We also have the Technics SL-1000R record player serving as backup. All three sources are connected to our reference Burmester 088/911 Mk3 amplifier, though we have Musical Fidelity’s M8xi and Naim’s Supernait 3 on hand to see how the Confidence 20 cope with more modest amplification. Our usual ATC SCM50 speakers serve as a benchmark, as do high-end competitors Fyne Audio F1-8 and ProAc K1.

There’s no doubting the Confidence 20’s considerable abilities. When it comes to detail resolution, control and refinement, these speakers are up there with the very best standmounters we’ve heard. They sound authoritative, delivering large-scale symphonies such as Mahler’s No.2 with considerable skill.

Their presentation has a rare sense of stability, that feeling of absolute composure even when the music becomes demanding. They never sound stressed even as volume levels rise. Much of this has to do with their refined nature. That new Esotar3 tweeter is something of a gem. It’s a sweet-sounding unit that delivers a wonderfully subtle and textured performance, and it integrates with the mid/bass seamlessly to produce an impressively articulate midrange.

Instruments have a palpable presence and are rendered with a pleasing degree of dynamic shading. The leading edges of notes are described with admirable precision, though there’s no hint of the speakers highlighting things to give the false impression of extra detail. The Confidence 20 are exceptionally smooth performers that deliver the sound in a slightly understated manner, which rewards in the long term rather than impresses on a short demo.

We find ourselves listening to familiar recordings and noticing subtle details that we’ve never picked up on before. There’s the convincing sense of the recording venue acoustic in Arvo Part’s Tabula Rasa, as well as the low-level reverb around each of the instruments that plant them firmly within the environment.

But these speakers aren’t just about the subtleties either. For a set of relatively compact boxes – the slim curved cabinets stand barely 52cm high and just 22cm wide – they sound impressively authoritative. It’s an impression founded on deep, rich and extended low frequencies that give the overall presentation a solidity that’s rare among standmounters.

The Confidence 20 live up to their name when it comes to large-scale dynamic swings too, delivering Tabula Rasa’s ever more intensive build of tension superbly.

We change gear and listen to Alt J’s This Is All Yours set and the Dynaudios continue to impress, mostly. They manage to dig up plenty of information and arrange it in an organised manner. This makes it really easy to take the recording apart if you want to, taking little effort to track low-level instrumental strands.

We love the way the Confidences render voices too. The well-judged integration between the two drivers resulting in an even-handed, full-bodied and agile presentation of vocals that’s a treat to hear. Every word is crisply tracked, leaving little room for doubt even when things get tricky.

Given such an impressively broad spread of strengths, it may come as a bit of a surprise to find that we’re not totally taken with these speakers in the same way as with most high-end Dynaudios we’ve tested in the past.

Despite everything they do well there is a degree of reticence when it comes to delivering powerful transients from the midrange and upwards. It sounds as though the speakers are pulling their punches in a bid to retain that class-leading refinement and smoothness. The resultant lack of verve at these frequencies robs a little of the music’s energy and drive. This also leads to a loss of rhythmic momentum that takes some of the sparkle away from songs such as Hunger Of The Pine.

It’s not as if these speakers sound boring or anything like that. We have no doubt that most people will hear these and be hugely impressed. But that should be expected from any speaker at this level. Music is all about emotion, whether it’s joy, excitement or sadness, but through the Confidence 20 those emotions don’t always get through undiluted.

Make no mistake, the Dynaudio Confidence 20 are exceptional speakers in many ways, and are certainly the most technically accomplished Dynaudio standmounters we’ve ever heard. If your priority is to hear every scrap detail on a recording then these boxes are hard to better for outright analysis, or even that sonic sophistication that so much high-end gear seems to aim for. Are they the most musically engaging listen that this huge amount of money can buy, though? We think not.

Read our review of the ProAc K1

See what we thought of Fyne Audio’s F1-8 speakers

Read our review of the Sonus Faber Electa Amator III

Standmounters or floorstanders? Which speaker should you buy?

Cloud directory service JumpCloud raises $159M in late-stage round at $2.56B valuation

Mon Sep 13 , 2021
Cloud directory-as-a-service provider JumpCloud Inc. is getting some serious traction, announcing a $159 million late-stage round of funding today that follows a $100 million raise in January. The Series F round was led by Sapphire Ventures and saw participation from Owl Rock, Whale Rock Capital, Sands Capital, and Endeavor Catalyst. […] 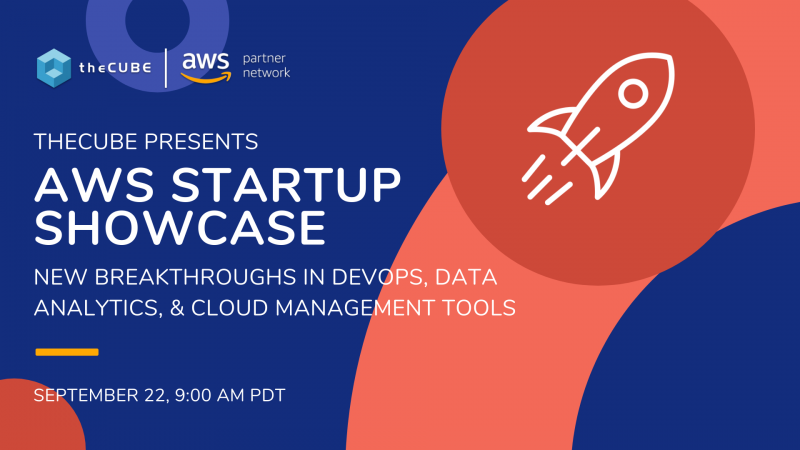