Stocks turned lower Monday afternoon to close out the session in the red, giving back some gains after a winning July.

The Dow dipped into the red, erasing earlier gains of as many as 257 points, which had sent the index to a record intraday level. The S&P 500 also reversed course to end the session lower after gaining earlier in the day.

Despite Monday’s pullback, investors are entering August with momentum from a sixth straight monthly gain, with the S&P 500 logging an advance of 2.3% in July. Both the Dow and Nasdaq also added more than 1% for the month.

These increases came alongside a strong season so far for quarterly corporate earnings results, with companies across industries revealing much better-than-expected second-quarter revenues and profits as the economy began to reopen in earnest this spring. Companies including Etsy (ETSY), Uber (UBER) and Lyft (LYFT) are set to report earnings results this week.

Still, a number of companies have disappointed on current-quarter guidance, with the more tepid outlooks overshadowing strong second-quarter results. Many of these companies have been in industries that benefited most from stay-at-home behaviors last year, and included heavily weighted technology names like Amazon (AMZN), Facebook (FB) and Apple (AAPL).

But overall, the broad strength among corporate earnings results has helped investors shake off other concerns still lingering in the recovering economy, including over the Delta variant spreading rapidly across the U.S. Some strategists suggested this latest virus fear, however, might begin to wane.

Signals that the Federal Reserve officials were inclined to leave their highly accommodative monetary policies in place at least somewhat longer have also helped underpin stocks. At last week’s Fed meeting, the central bank suggested it was making further progress on its discussion around tapering its massive crisis-era asset purchase program, but that the economy still had further to recover before the Fed was ready to announce the plan. Both the pace and structure of this tapering also remain in discussion among Federal Open Market Committee, Fed Chair Jerome Powell said during last week’s press conference.

“Our economists expect that the FOMC will first hint at the start of tapering at its September meeting,” Goldman Sachs equity strategist David Kostin wrote in a note “They expect that the Fed will formally announce a decrease in the size of its $120 billion monthly purchases in December.”

4:04 p.m. ET: Dow erases earlier gains to close lower, pulling back from an intraday record high as earnings roll in

Construction spending recovered at a slower than expected pace in June, according to monthly data from the Census Bureau on Monday.

Spending increased 0.1% in June following a 0.2% decrease in May. This came in below estimates for a 0.4% rise, according to Bloomberg consensus data.

In the public sector, construction spending fell 1.2% month-on-month. A 5.3% drop in monthly highway construction contributed heavily to the decline, alongside drops of more than 1% in both office and healthcare construction.

The Institute for Supply Management’s July manufacturing index unexpectedly slipped in July compared to June, reflecting a slower pace of expansion in the U.S. goods-producing sector.

The ISM manufacturing index came in at 59.5 in July from 60.6 in June. Consensus economists were looking for a reading of 61.0, according to Bloomberg data. Readings above the neutral level of 50.0 indicate expansion in a sector.

Despite strong demand for goods, survey respondents cited issues keeping up on the supply side for the overall deceleration in activity.

“Business Survey Committee panelists reported that their companies and suppliers continue to struggle to meet increasing demand levels,” Timothy Fiore, chair of the ISM Manufacturing Business Survey Committee, said in a press statement. “As we enter the third quarter, all segments of the manufacturing economy are impacted by near record-long raw-material lead times, continued shortages of critical basic materials, rising commodities prices and difficulties in transporting products.”

“Worker absenteeism, short-term shutdowns due to parts shortages and difficulties in filling open positions continue to be issues limiting manufacturing-growth potential,” he added.

The drop in the ISM manufacturing survey stood in contrast to IHS Markit’s print for July, which showed the highest reading in at least 14 years. This discrepancy may be reconciled when considering both surveys use different methodology. ISM’s survey, for instance, focuses on large multinational companies and takes into consideration facilities outside of the U.S., while IHS Markit accounts for a mix of company sizes and confines reporting to U.S. factories and facilities.

The institution’s manufacturing purchasing managers’ index (PMI) rose to 63.4 in July, up from 61.2 in June. This exceeded the “flash” July PMI released last month, and reached the highest level on record, based on data extending back 14 years.

“Contributing to the uptick in the headline figure was a sharper expansion in production at the start of the third quarter,” according to IHS Markit’s release on Monday. “The upturn was reportedly linked to stronger client demand and efforts to clear backlogs of work. The rate of growth was the steepest for six months and marked overall.”

Here’s where markets were trading shortly after the opening bell:

Shares of Square (SQ) fell more than 3% in early trading Monday evening after announcing plans to purchase the Australian financial technology company Afterpay. The all-stock transaction has an implied value of about $29 billion, according to Square’s press release announcing the deal.

According to Square, bringing on Afterpay will “accelerate Square’s strategic priorities for its Seller and Cash App ecosystems.”

“Square plans to integrate Afterpay into its existing Seller and Cash App business units, enable even the smallest of merchants to offer BNPL [buy now, pay later] at checkout, give Afterpay consumers the ability to manage their installment payments directly in Cash App, and give Cash App customers the ability to discover merchants and BNPL offers directly within the app,” according to the statement.

Square also unexpectedly posted second-quarter results on Sunday evening in tandem with the announcement, reporting revenue of $4.68 billion versus the $5.09 billion expected, according to Bloomberg data. Excluding bitcoin-related revenues, total net revenue was $1.96 billion, or up 87% over last year, compared to the 143% rise when including bitcoin-related revenues. Adjusted earnings per share of 40 cents were 9 pennies better than anticipated.

Here’s where markets were trading ahead of the opening bell Monday morning:

Sat Aug 7 , 2021
As the U.S. economy continues to recover from the pandemic, prices have also been creeping up on everything from groceries to used cars. Inflation poses a political test for the Biden administration and the Democratic Party. Justin Sullivan/Getty Images hide caption toggle caption Justin Sullivan/Getty Images As the U.S. economy […] 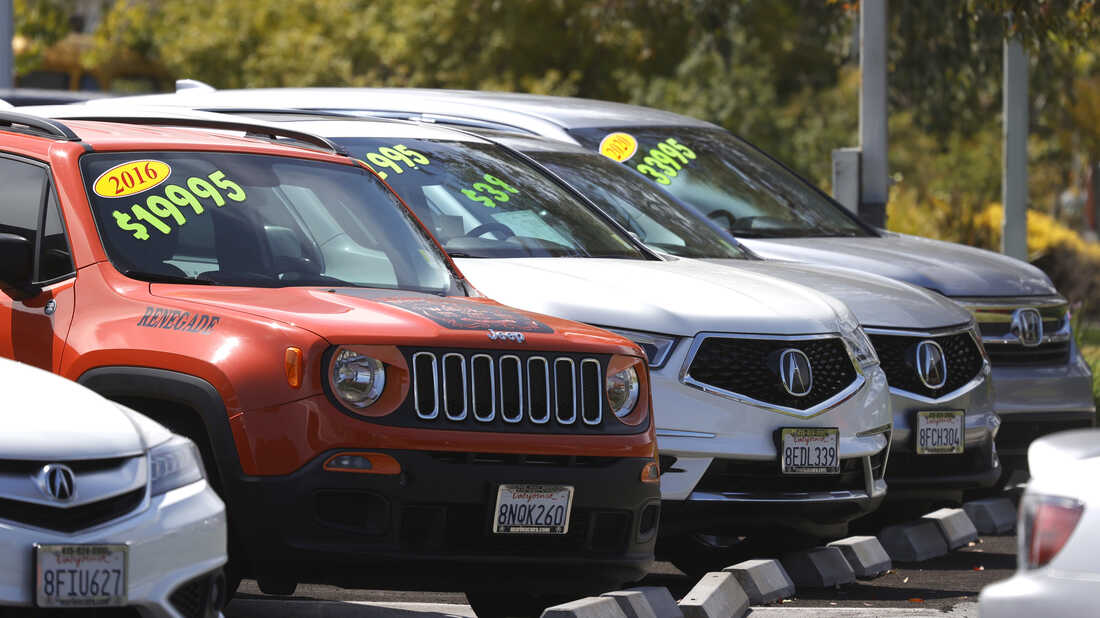