Tiina Lee, CEO of Deutsche Bank UK and Ireland, wants investment banking graduates to be in the office five days a week, even as the company adopts a hybrid-working model.

“My personal view in terms of grads and interns is that they should want to spend as much time in the office as they possibly can,” Lee said in an interview with Insider.

“Actually, I would like to see our grads in the office five days a week,” she added, specifically referring to those in investment banking. Working from the office full-time will not be mandatory for all these graduates.

As part of its flexible-work model, Deutsche Bank is planning to let most staff work from home for up to three days a week.

Essential staff have been working from the bank’s offices throughout the pandemic. The lender hopes to get more staff back to the office when COVID-19 restrictions ease in England. This was due to happen on June 21, but Prime Minister Boris Johnson delayed the plan by four weeks because of rising infections.

Some staff in Deutsche Bank’s investment banking sector, including traders, are in the office every day, Deutsche Bank sources confirmed to Insider.

Other investment banking staff don’t need to come into office full time, the sources said. The timing and scale of the return to office depends on government guidance, they added.

For graduates in these departments, coming into the office every day would not be mandatory, according to the sources.

The number of days that graduates spend in the office will depend on the department they are working in, sources said.

Lee, who has worked at the bank for around 24 years, said investment banking graduates can benefit more from the scheme and mentorship of senior staff if they’re in the office.

Graduates learn more if they’re able to talk and directly ask questions to their boss and colleagues, compared with doing so over video calls, Lee said.

But Lee said some graduate training sessions worked better over video calls, especially in their first year, Lee said. “I think it’s super important for our junior population to be in the office, but it’s only helpful if they’re around seniors that are able to oversee what it is they’re doing,” she said.

“Where there are opportunities to speak to business leaders and infrastructure leaders, I think those types of conversations are always best done in person,” she said.

In the US, 92% of summer interns elected to work from one of the bank’s offices, according to an internal memo to US employees seen by Insider.

Deutsche Bank is encouraging all its staff to spend as much time in the office as they can, Lee said. She works from home once a week.

In a separate internal memo to UK employees seen by Insider, Lee said being back in the office “will be an opportunity to meet, manage and learn in person and further develop all-important contacts across the organisation, particularly with our summer interns and other new joiners to the bank.”

Should You Be Adding FB Financial (NYSE:FBK) To Your Watchlist Today?

Wed Jun 23 , 2021
For beginners, it can seem like a good idea (and an exciting prospect) to buy a company that tells a good story to investors, even if it completely lacks a track record of revenue and profit. But as Peter Lynch said in One Up On Wall Street, ‘Long shots almost […] 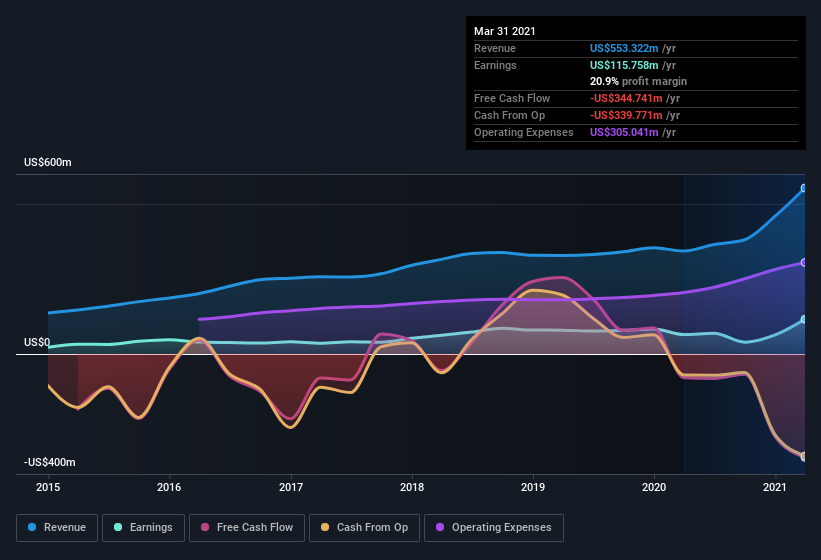