Florida Gov. Ron DeSantis took some shots at President Biden Sunday evening, claiming that the White House has crippled the economy with its policies.

Speaking at a rally in Wisconsin, DeSantis said the administration’s “massive spending” led to high inflation, and the response has hurt the American people further.

“[W]e’re staring down the barrel of a lot of really significant turbulence thanks to Joe Biden,” DeSantis said. “You know, they’ve had the inflation, which has been a total disaster. They’re raising interest rates. They’re slowing down the economy. You know, you apply for a mortgage a year ago, what was it like, two point six percent, two point five? Now it’s like over six percent. That’s a massive increase. Very difficult for working people to be able to afford such a stiff increase.”

DeSantis said he is confident that Wisconsin’s Republican gubernatorial candidate, businessman Tim Michels, will be able to help the state through the tough times.

In this photo from Feb. 24, 2022, Florida Gov. Ron DeSantis delivers remarks at the 2022 CPAC conference at the Rosen Shingle Creek in Orlando.
(Joe Burbank/Orlando Sentinel/Tribune News Service via Getty Images)

“But I’ll tell you, my rule of thumb on budget and economy is just really study what Biden’s doing and then do the opposite,” he added.

Fox News reached out to the White House for comment, but they did not immediately respond.

The Florida governor went on to slam Biden for pushing spending that even other Democrats warned would be bad.

“So if you look what Biden has done, he comes into office, and what does he do? He goes on this massive spending and borrowing and printing spree, trillions and trillions of dollars,” DeSantis said. “And he was warned by people that worked for Obama and worked for Bill Clinton that if you do this, you are going to spark a major inflation. And not only was he hell-bent on doing that, he also attacked American energy production. So you’re inflating the currency, and you’re cutting down on production. Of course, you’re going to get inflation. This was something that was very obvious and that’s had a devastating impact on people all across this country.”

In November 2021, former Clinton treasury secretary Larry Summers warned that inflation could continue for six to nine months and “could well last longer,” at a time when the administration was still downplaying the issue.

That same month, former Obama economic aide Steven Rattner slammed Biden in a New York Times guest essay for getting inflation “so wrong.” Rattner pointed to massive spending, saying the $1.9 trillion American Rescue Plan contributed materially to inflation, which is currently far worse than it was in November.

DeSantis noted that inflation went up again this past month, even with gas prices falling. He predicted that energy costs will increase again this year while prices for other goods like groceries remain high.

“And what do they do to be able to give you relief from that? They pass a piece of legislation that they are calling, incredibly, the Inflation Reduction Act,” he said. “Nobody thinks it’s going to reduce inflation.”

How to Restore Active Directory

Mon Sep 19 , 2022
After you’ve built a solid, robust, and redundant Active Directory infrastructure, it is critical that you know how to restore Active Directory to prevent any possible interruptions to your environment. As an IT pro, it’s your job to prepare for the unexpected and to know how to get back on […] 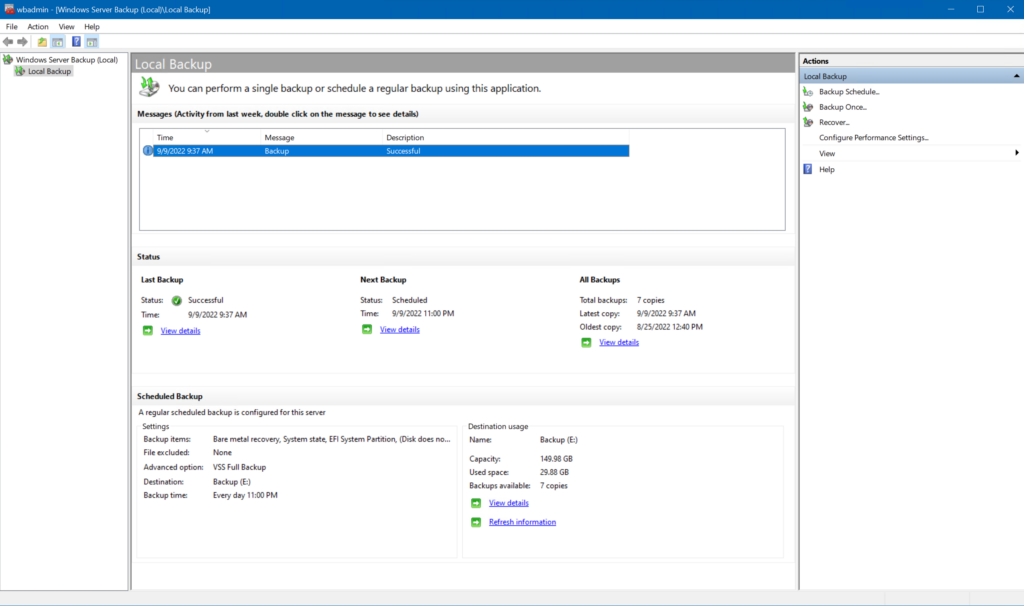