Megan Warren, who grew up in Southern California, had lived in Los Angeles for 15 years when she decided she’d had enough.

During periods of drought, when the city was trying to conserve water and adding plastic balls to the reservoir to reduce evaporation, neighbors near her home in the Miracle Mile didn’t seem to care, she says.

She’d drive down her street and see one of them hosing off his driveway and others using sprinklers on their lawns. Meanwhile, she had removed the “brown, dry and crispy grass” and water-dependent landscaping from her lawn and replaced it with succulents and ground cover that could survive in dry conditions.

“Every time I turned on the faucet to wash my dishes, it was really a source of stress for me,” she says. “I just wanted to go to a place where I could take a shower without worrying about water.”

As she started exploring her options, the Pacific Northwest seemed like a “dreamland.”

“There’s plentiful water and everything is green and lush and growing,” she says. “And they have four seasons and it’s beautiful.”

►’I don’t care that I’m overpaying’:Here’s how to win a real estate bidding war.

►Better credit tips: How this single mom raised her credit score despite losing her job

In 2016, her family picked Portland, Oregon, as their new home because the city had made ecological advances such as composting 67% of its waste, offered great public transportation options and had residents who seemed environmentally conscious.

Warren is among a growing number of Americans who may be starting to factor climate change into their decisions about where they live.

While no clear data exists about how many Americans have moved due to climate-related trends such as wildfires, heat waves, drought and hurricanes, there are signs that people may be starting to weigh these risks when purchasing a home.

Nearly half (49%) of respondents in a recent survey said they planned to move in the next year, blaming extreme temperatures, and the increasing frequency or intensity of natural disasters for a role in their decision to relocate, according to the survey, commissioned earlier this year by real estate website Redfin. The survey involved 2,000 U.S. residents contacted from Feb. 25, 2021, to March 1, 2021.

Based on that insight, Redfin will announce on Aug. 3 that it is adding local climate risk data to its site, the company told USA TODAY exclusively.

Redfin will integrate data from ClimateCheck, a startup that lets people access climate data using any address in the U.S. Homebuyers who want to understand the risk of fire, heat, drought and storms will be able to see a rating from 0-100 associated with the county, city, zip code and neighborhood of the home they’re considering. On the scale, 0 indicates very low risk and 100 indicates very high risk of climate-related hazards for the home in question compared with others in the U.S. by the year 2050, a period within the lifespan of a 30-year mortgage signed today.

Is savings worth the risk?

“One of the reasons people haven’t been considering climate change when buying a home up to this point is because they don’t have the information in front of them,” says Daryl Fairweather, chief economist at Redfin. “Am I willing to buy a home that’s maybe 10% cheaper, but has a 10-point higher flood risk?”

“It’s hard to make those trade-offs when you don’t have that information at your fingertips,” she adds.

Jenny Miller, who grew up near San Antonio, Texas, remembers spending her summers playing outside and camping.

But her six-year-old son has experienced a very different kind of summer.

“My son doesn’t even want to go out and ride his bike,” Miller says. “The heat is super unbearable to the point where you really can’t do anything outdoor unless you want to be in water.”

After 30 years in the Lone Star state, Miller and her husband decided to relocate across the country to Kennebunk, Maine.

She cited climate change — which she said contributed to her husband’s worsening allergies — as the biggest factor in their decision to move.

Too much juice? Who really needs an electric car with 500 miles of battery range? Nobody or maybe everyone

The average summer temperature in San Antonio, for example, has risen by 3.5 degrees since the 1970s, and the number of days each year when temperatures hit 100 degrees or more has climbed from roughly one in 1970 to 25 in 2020, according to an analysis based on National Oceanic and Atmospheric Administration data by Climate Central, a science organization based in New Jersey.

With temperatures rising, the probability of wildfires has increased in some regions.

Cal Inman, CEO of ClimateCheck, says people deserve to be informed about their current and future risk of wildfire. In fact, the six counties most at risk for wildfires are among the fastest-growing counties in the country, according to an analysis by ClimateCheck. Those fire-prone areas are in the states of California, Idaho, Utah and Washington.

The population of Placer County, California, which has the highest wildfire risk (98 out of 100) in the country, grew by 7% in recent years, making it one of the fastest-growing counties in the country. Similarly, Morgan County in Utah grew by 17.5%, with a wildfire risk of 95 out of 100.

The other four counties that saw population growth and faced a severe risk of wildfire are Chelan County in Washington, Franklin County in Idaho, Weber County in Utah and Ventura County in California.

Inman, who is also a real estate developer, says his “aha moment” moment came was when he discovered that real estate investors such as banks and insurance companies were using climate risk data to inform their investing decisions.

For instance, in his annual letter to business leaders last year, Larry Fink, CEO of BlackRock, the world’s largest asset manager, wrote how “investors are recognizing that climate risk is investment risk.”

“What will happen to the 30-year mortgage — a key building block of finance — if lenders can’t estimate the impact of climate risk over such a long timeline, and if there is no viable market for flood or fire insurance in impacted areas?” Fink asked in the letter.

Inman, of ClimateCheck, says he wanted all the great research from the government and universities accessible to anyone buying a home.

“I don’t think people are factoring climate risk into the decision-making the way they do price point, proximity to work, proximity to school. We’re just trying to arm the consumer with one more data point to make a decision about where to live.”

Mathew Kahn, professor of economics at the University of Southern California and author of “Climatopolis”, says regions that make smart decisions through good public policy will eventually win out.

“Those places that, either due to God or good public policy, are better able to adapt to mother nature’s punches and coach themselves to be more livable will be rewarded with a larger tax base as more people in jobs move there,” he says.

“If consumers have more information about the climate risks they could face before they purchase a home, they’re less likely to regret their choices,” he adds.

From wildfires to milder winters

During these wildfires, the air would be thick with smoke and their cars would be covered in ash even though the fires burned a considerable distance away.

“Your hair smelled of smoke and you felt like you were at a campfire all the time when you were outside,” Clark says.

Clark, who worked at an alcohol rehabilitation center in Sonoma County, said the treatment center had to be evacuated last year.

There were times when she couldn’t get to work at all.

“All the routes that I would take to get to work, like quite literally, had fires on them,” she says. “Fire is definitely something we thought about quite a bit, because it was more inevitable than it was an anomaly.”

Then there’s the stress of planning.

Clark says during the days she was on fire alert, she’d have to take their dog to work, pack a bag and leave it in the car in case she got stuck.

Finally, last year, the couple decided to explore other places to live and picked Michigan, where Smith grew up.

Smith says he feels the weather in Cedar Springs, about 20 minutes north of Grand Rapids, has also changed over the years.

“The winter weather is off a little bit here from what it was with my childhood,” he says. “It’s milder and not as much snow.”

For Clark, the native Californian, it’s been a big change. But knowing she’s getting a lot more house for her money has eased the strain.

“It’s definitely a weather adjustment but it’s nice,” she says.“It’s a lot of space, and we’re close to town and it’s an easy drive.”

You can leave, but can you escape?

For the Warrens, the Portland family, natural disasters seem unavoidable.

Oregon is currently dealing with the nation’s largest wildfire, which has claimed 410, 731 acres so far. The state is also dealing with water shortages.

“It is terrifying to read,” Warren says. “Because again, that’s why we left and now I feel like you can leave, but that doesn’t mean you’re solving the problem.”

Swapna Venugopal Ramaswamy is the housing and economy reporter for USA TODAY. Follow her on Twitter @SwapnaVenugopal

This article originally appeared on USA TODAY: Climate change has a growing impact on where Americans buy homes 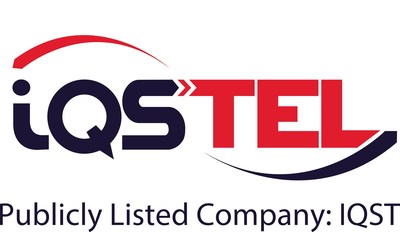