After two consecutive dry years, the California drought is back.

How bad is it?

“This is the worst drought since 1977,” said Ernest Conant, the federal Bureau of Reclamation’s California regional director.

“We can’t plant crops, we have no jobs, and there will be no food coming from this field this year,” he said.

Pictures and numbers tell the story. According to the U.S. Drought Monitor, 93% of California and the Southwest are in an extreme or exceptional drought, meaning mandatory cutbacks are not far away.

Two years ago, the figure was 3%. By the end of August, the National Oceanographic and Atmospheric Administration expects a persistent drought to extend to 13 Western states. Drought is a measure of precipitation, temperature, soil moisture and available water.

“I can see how bad it’s getting,” said Sean Black of Utah. “Just from the lakes that we’ve been going to and the stories that we’ve seen about how the low water level is. And for the shortage we have of snow. I know it’s going to be a tough year.”

A car crosses Enterprise Bridge over Lake Oroville’s dry banks Sunday, May 23, 2021, in Oroville, California. At the time of this photo, the reservoir was at 39 percent of capacity and 46 percent of its historical average. (Associated Press)

More than 90% of Utah is suffering from drought. Nevada is worse at 95%, the worst in two decades. In neighboring California, there are mandatory cutbacks coming in Santa Clara County, no campfires or grilling in Lake Tahoe and officials near the Oregon border warned they could lose 88% of young Chinook salmon because of low stream levels and rising water temperatures.

In an effort to protect wildlife and protect water supplies for drinking, federal and state officials reduced water deliveries to farmers to near zero. In the Central Valley, fields lie fallow and farmers are dismantling orchards. Near Sacramento, officials are installing a $30 million rock barrier to prevent seawater from contaminating a freshwater fish estuary. The Sierra snowpack is just 3% of normal and in the Great Basin, the snowpack is 30%.

“We have not seen conditions this severe in the last 20 years,” Great Basin Coordination Center fire meteorologist Gina McGuire told The Associated Press. “We are currently in a state of exceptional drought — which is the worst, most severe drought classification — over southern and eastern Nevada.”

In Utah, Gov. Spencer Cox asked residents this weekend to pray for rain.

“I’ve already asked all Utahns to conserve water by avoiding long showers, fixing leaky faucets, and planting water-wise landscapes. But I fear those efforts alone won’t be enough to protect us,” Cox said. “Please join me and Utahns regardless of religious affiliation in a weekend of humble prayer for rain.”

Tue Jun 8 , 2021
When it comes to roof damage, homeowners insurance can help you reduce out-of-pocket expenses. However, not everything is covered. Here’s what homeowners need to know about roof damage coverage. (iStock) There’s no doubt that home insurance can be complicated. Knowing what kind of coverage you have for different situations — […] 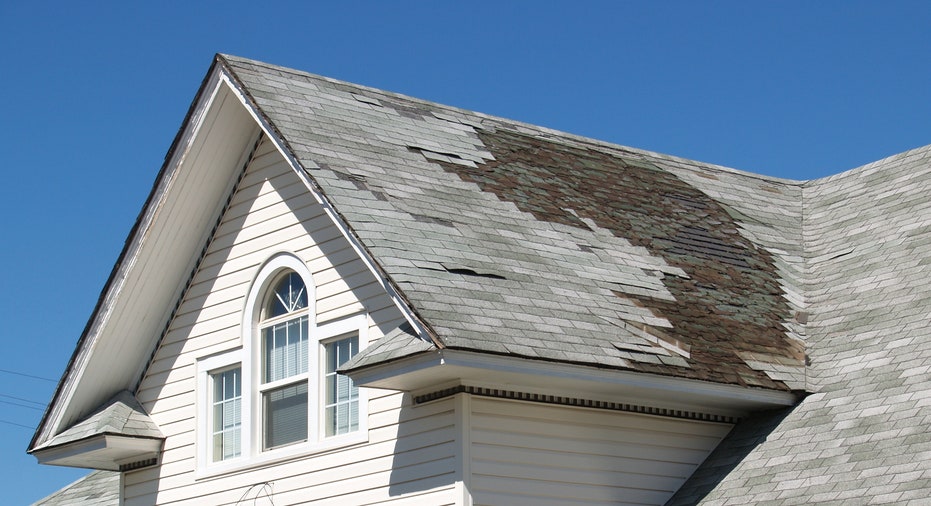