The rising inflation rates is a key worry in the economic situation right now. With prices going up, dollars don’t go as far – it’s an interaction that threatens to derail consumer spending, the engine of the US economy.

Investors got some clarity in June, however, after the latest FOMC meeting. The Fed had long kept an ‘inflation target’ of 2%; with inflation running more than double that, there was much speculation that the Fed would take an aggressive stance against it. Such a stance would necessarily end the current easy money policies that have made cash and credit readily available for investment. Yet, the Fed appeared to take a middle route, indicating that it will keep rates low for now, but advanced its forecast on when it may start raising interest rates.

The result, according to Willem Sels of investment bank HSBC, is a policy that for now is ‘just right.’ The strategist added, “I think you have the almost Goldilocks scenario again, where you have a Fed that is not behind the curve, but that also doesn’t crush the recovery.”

In a sign that investors agree, the US stock indexes are at or near record highs. Against this backdrop, we’ve used the TipRanks platform to search the market for stocks with serious upside potential – stocks that Wall Street’s analysts are recommending, and that have potential for strong returns.

Here are three that have received recent ‘thumbs up’ from the analysts, who are predicting more than 50% gains on the way.

We’ll start in the casino sector, where games are big business. Playags is a gaming provider that got its start in the Native American casinos of the reservation, but which has since branched out to become a major commercial gaming supplier in the global markets. The company provides slot machine games and table game for casinos, along with an interactive b2b platform for gaming and sports-betting partners, and social casino games through a mobile app.

With its heavy emphasis on games for brick-and-mortar casinos, Playags saw a heavy revenue loss starting in 1Q20, when the corona crisis hit. The company has still not seen the topline recover – but revenues in 1Q21 came in at $55.4 million, up 18% sequentially and a more modest 2% year-over-year.

In recent weeks, Playags has announced two important expansionary moves. In mid-June, the company moved into Canada’s online market for real money gaming, when it made several online video casino games available through Ontario Lottery & Gaming’s website. One week later, Playags announced that it’s Fast Cash mobile chip devices, which allow players to quickly buy new chips at casino tables without having to use cash, would be implemented at Morongo Casino near Palm Springs, California.

In line with these comments, Bain rates AGS a Buy, and his $21 price target implies a robust one-year upside potential of ~118%. (To watch Bain’s track record, click here)

Overall, this well-positioned casino game provider get a Strong Buy rating from the consensus of Wall Street’s analysts; the 5 recent reviews on the stock include 4 Buys and 1 Hold. AGS shares are selling for $9.65, and the average price target of $14.40 suggests room for ~50% growth in the year ahead. (See AGS stock analysis on TipRanks)

Formed in 2013, the next stock is a diversified company in the lending sector. Finance of America offers a range of products, including mortgages and reverse mortgages, residential real estate loans, and complementary lending services. The company also offers portfolio management services to capital market investors. This small-cap company is based in Irving, Texas.

The last two years have seen a surge in so-called SPAC transactions; that is, companies going public through a merger with a Special Purpose Acquisition Company. FOA completed its SPAC merger with Replay Acquisition in early April of this year, and the FOA ticker started trading on the NYSE on April 5. The transaction was worth $1.9 billion at the time.

Since the SPAC, in May, FOA has released 1Q21 earnings, its first such report as a public company. The company showed quarterly revenues of $499 million, more than double the $188 million it saw in 1Q20, although down 7% from 4Q20. The revenues came in on a funded loan volume of $9.5 billion.

Also in May, FOA announced an expansion to its loan product offering. The company launched Finance of America Home Improvement, a business division offering options for non-mortgage home improvement loans.

FOA has caught the eye of Credit Suisse analyst Douglas Harter who is unabashedly upbeat.

“We believe [the company’s] diversified origination platform should provide secular growth opportunities to help cushion the cyclical declines in forward mortgage originations. We see further potential upside to the target multiple if FOA is able to demonstrate growth in the reverse and commercial segments,” Harter noted.

The analyst continued, “FOA is unique among the public mortgage originators in its diversification across origination channels, giving it exposure to reverse mortgage and BPL, which have more secular growth drivers. Over time, this should mute some of the cyclicality of the forward business and provide FOA with a higher relative stability of returns.”

In line with his optimistic approach, Harter rates FOA an Outperform (i.e. Buy), and his $12 price target suggests its has room for ~58% upside in the next 12 months. (To watch Harter’s track record, click here)

This company has only been in the public markets for a couple of months, and so has just 2 analyst reviews on record – but both are to Buy, making the Moderate Buy consensus unanimous. FOA shares are priced at $7.57 and their $12.75 average price target implies a 68% upside from that level. (See FOA stock analysis on TipRanks)

Last but not least is iStar, a real estate investment trust (REIT) focused on commercial real estate. REITs operate in the ownership, management, and leasing of real estate properties. iStar was a groundbreaker in the ground lease segment of the REIT sector, and is the largest shareholder and investment manager of Safehold, the first public company that focused on such leases. iStar uses its position to expand net lease deals in the $7 trillion institutional commercial real estate market. The company has been in business for over 20 years, and in that time has completed over $40 billion in net lease transactions.

In the first quarter of this year, iStar reported a net loss per share of 1 cent. This was a strong improvement of the year-ago quarter, however, when the company’s net EPS loss came in at 28 cents.

During 2Q21, iStar announced a boost to its dividend payment, increasing the common share payout from 11 cents to 12.5 cents. This was the third dividend increase in the last two years, and pushed the annualized payment to 50 cents per common share. This gives the dividend a yield of 2.4%, slightly higher than the average 2% yield found among S&P listed companies.

In June of this year, iStar made another important announcement, reporting that its credit rating had been upgraded. The rating came from Fitch Ratings, which set iStar’s corporate credit rating at BB, up from BB-. iStar’s senior secured debt rating was increased from BB+ to BBB-, and the company’s stock rating was moved from B- to B.

Matt Howlett, covering iStar for B. Riley Securities, likes what he sees here – especially the relationship with SAFE.

“The company is undergoing a major transformation to focus on growing its ground lease business, which it owns through a 65% stake in publicly traded Safehold… STAR manages SAFE through a management agreement that steps up as capital is raised at the SAFE entity. There is also a termination clause that requires 3x the annual fee to be paid. Based on our modeled growth of SAFE and our approximate two-year time frame until the merger, we expect STAR to collect $164M in fees (100% in the form of SAFE stock). Applying a 15% discount rate, we arrive at a $1.50/ share value for the contract today,” Howlett noted.

To this end, Howlett rates STAR shares a Buy, with a $35 price target to imply one-year growth of ~70%. (To watch Howlett’s track record, click here)

This is another stock with a unanimous Moderate Buy consensus based on 2 positive ratings. The average price target is $30 and the stock is trading for $20.64, giving it a one-year upside of ~45%. (See STAR stock analysis on TipRanks.)

Disclaimer: The opinions expressed in this article are solely those of the featured analysts. The content is intended to be used for informational purposes only. It is very important to do your own analysis before making any investment.

Fri Jul 9 , 2021
Tallahassee, Florida (WTXL) — Hunger is a major problem with big bends and is exacerbated by pandemics. In 2020 alone Big bend second harvest Delivered over £ 15m of food in 11 counties. Today, Tallahassee’s new partnership is growing new solutions to meet the needs of healthy foods. They offer […] 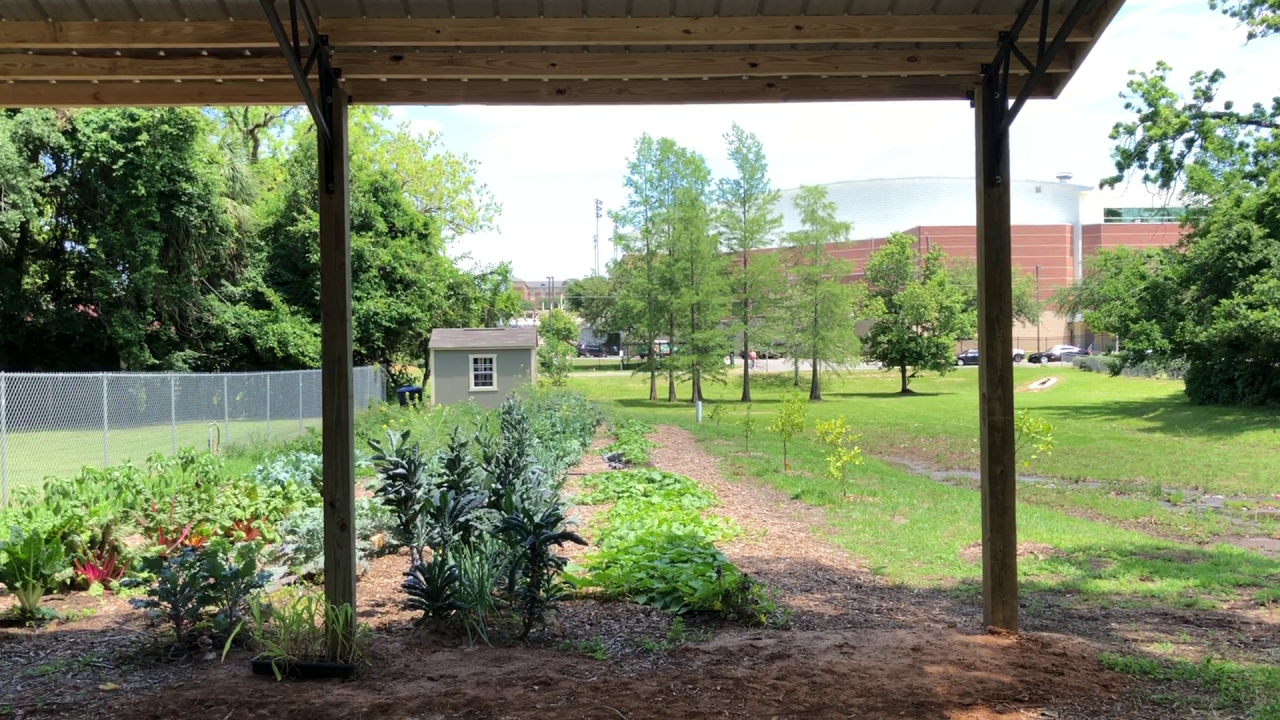