When it comes to the telecommunications industry, investors, especially with those with an income orientation, typically have two favorites: AT&T Inc. (NYSE:T) and Verizon Communications (NYSE:VZ). Both names are giants in their industry and both provide a high yield, which is why the two telecom stocks are usually owned by income investors.

But which name is the better investment if only one can be purchased? This article will examine the companies’ business models and growth potential to determine the answer to that question.

AT&T has existed, in one form or another, since the late 1800s, dating back to the original telephone. The company provides services such as mobile, broadband and video to more than 100 million customers in the U.S. and 3 million businesses.

AT&T generated revenue of more than $170 billion last year and is currently valued at $196 billion.

AT&T spent much of the past few years making acquisitions in an effort to diversify away from its legacy business. The list of acquisitions included DirecTV as well as WarnerMedia assets. Doing so enlarged the company’s customer base by adding different revenue streams to its core business. The downside of this was that AT&T’s balance sheet ballooned to $180 billion, a massive anchor around the company.

In late February, AT&T announced that it was spinning off its DirecTV and video assets into a standalone company. The company followed that announcement up by disclosing on May 17 that it was going to merge its WarnerMedia assets, including HBO and CNN, with Discovery (NASDAQ:DISCA). AT&T will receive a massive infusion of $43 billion consisting of cash, securities and retention of debt. This deal will allow the company to reduce its debt burden. AT&T shareholders will own collectively more than two-thirds of the new company.

The merger is expected to be completed in 2022 and would make the new company one of the largest media names in the industry.

These deals will complete an overhaul of AT&T as we know it today. Clearly, leadership felt the above deals were not working for the company and AT&T will now focus on its core business as well as the rollout of 5G. The unwinding of the deals, particularly WarnerMedia, is painful given the purchase price and will have a lasting impact on the company, not the least of which is AT&T’s dividend policy.

Currently, AT&T pays a dividend $2.08 per share, resulting in a yield of 7.6%. The company has maintained its dividend for seven consecutive quarters, which means AT&T’s 36-year dividend growth streak as well as its status as a Dividend Aristocrat are in jeopardy.

What’s worse, is the company has essentially signaled to the market that a dividend cut is in the works. Leadership has forecasted a dividend payout ratio of 40% to 43% of free cash flow for AT&T following the merger. Excluding the WarnerMedia, free cash flow was approximately $20 billion last year. This works out to about $8 billion of free cash flow that is available for dividend distributions.

Using the current share count of just over 7.1 billion shares, projected dividends would be close to $1.15 per share. This would still result in a yield of 4.2% at today’s share price, but well below what shareholders are being paid at the moment.

That said, we remain bullish on the stock. We expect earnings per share to grow at a rate of 3% annually through 2026, powered by a renewed focus on the core business and from the tailwinds of 5G expansion. Presently, AT&T trades at 8.5 times our expected earnings-per-share of $3.25.

Reaching our target price-to-earnings ratio of 11 by 2026 would add 5% annually to total returns over this period of time. Combined with the current yield, total projected returns stand at 15.7%. Assuming the dividend cut comes to fruition, total returns would be 12.2%.

Verizon came into existence following the 2000 merger between Bell Atlantic Corporation and GTE Corporation. The company covers nearly 120 million people and nearly the entirety of the geography of the U.S. with its network. Verizon produced $128 billion of revenue last year and has a market capitalization of $228 billion at the moment.

Unlike its peer AT&T, Verizon’s primary focus has been on its wireless business. Roughly 75% of Verizon’s annual revenues come from this business and this is an area that the company has mostly done well with. For example, Verizon added more than 528,000 net additions in the most recent quarter, greatly outpacing estimates of 360,000.

Verizon is also very good at maintaining its customer base, with a churn rate of just 0.72 in the last quarter. This shows that Verizon’s customers tend to stick the with the company’s network, allowing for generally stable results from quarter to quarter and year to year.

One reason customers are content with the company is Verizon’s 5G service. The company was the first major name in the telecommunication industry to activate 5G service. At least parts of dozens of cities have had 5G service turned on by Verizon, including Los Angeles, New York, Houston, Chicago and Miami.

Verizon’s first-mover advantage with 5G is a major contributing factor to its ability to maintain its customer base. Users want this service, have the devices to access it and want to be part of a network providing it. 5G can also go a long way in attracting new customers, something seen in the net additions in the prior quarter.

Wireless is the main component of the company, but Verizon also provides broadband and cable services as well, which make up the remainder of revenues. The company saw more than 90,000 Fios net additions in the last quarter. This was the highest year-over-year mark since 2015, showing that the company’s service is seeing a higher traction rate with customers.

Unlike its counterpart above, Verizon’s dividend appears to be on very solid ground. With an annualized dividend of $2.56 and our expectation for earnings-per-share of $5.30, the company has a dividend payout ratio of just 47%. For context, this is lower than the five-year average payout ratio of 54% and would be the lowest mark in at least a decade if reached.

Combined with a current dividend yield of 4.7%, total annual returns for Verizon could be 13.2% annually for the next five years.

AT&T and Verizon are the two behemoths among telecom stocks. AT&T will undergo a sizeable change in direction for its business in the next few years that will have an impact on the company’s dividend policy. That said, shareholders will also receive an ownership stake in the new media company that results from the merger with Discovery.

Verizon, on the other hand, is steady as it goes with 5G providing a lift to the business. The company’s dividend looks to be extremely well protected.

For investors willing to take more of a risk and don’t mind the dividend cut, AT&T could still be a long-term winner. For those looking for a more conservative investment, Verizon is likely the better choice.

On the date of publication, Bob Ciura did not have (either directly or indirectly) positions in any of the securities mentioned in this article. The opinions expressed in this article are those of the writer, subject to the InvestorPlace.com Publishing Guidelines.

Bob Ciura has worked at Sure Dividend since 2016. He oversees all content for Sure Dividend and its partner sites. Prior to joining Sure Dividend, Bob was an independent equity analyst. His articles have been published on major financial websites such as The Motley Fool, Seeking Alpha, Business Insider and more. Bob received a bachelor’s degree in Finance from DePaul University and an MBA with a concentration in investments from the University of Notre Dame.

Fri Sep 10 , 2021
In the second quarter of 2021, auto insurance shopping increased among younger generations who are reentering the workforce amid a recovering U.S. economy.  (iStock) The rate of auto insurance shopping appeared to change significantly in the second quarter of 2021, according to a new report from consumer credit reporting agency […] 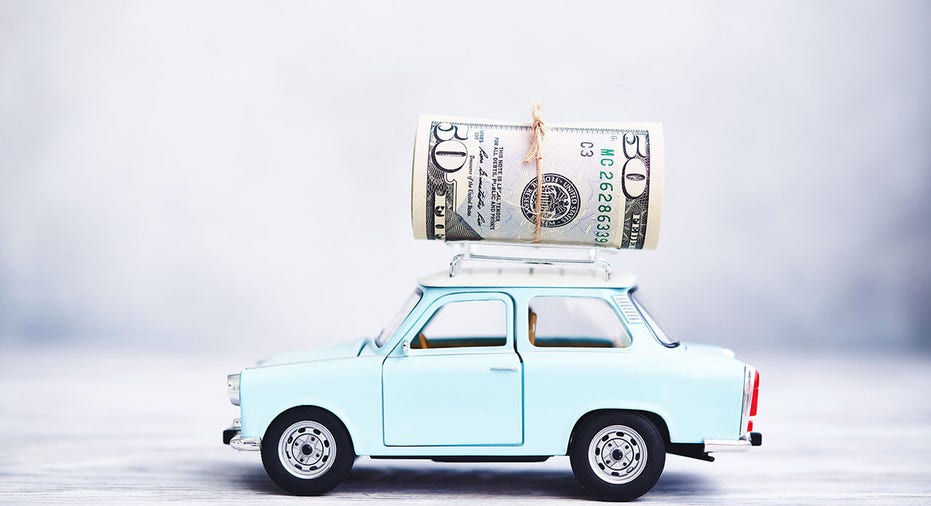