Sign up to myFT Daily Digest to be the first to know about Investment Banking news.

US and European banks have begun to move on from the worst effects of the coronavirus pandemic as they attempt to return to business as usual.

Second-quarter results showed investment banking revenues surging past pre-pandemic levels, while US and British banks have taken back much of the capital they set aside a year ago in preparation for a wave of defaults.

Recent European bank stress test results also showed that, even in the worst-case scenarios devised by regulators, most large lenders have enough capital in reserve to survive the pandemic’s long-term economic consequences.

“We are definitely at the point where investors are reassessing if they got it wrong last year when thinking about banks,” said James Macdonald, a fund manager specialising in banks at BlueBay Asset Management.

The recent quarter underscored how the balance of power in investment banking continues to shift from Europe to the US.

Amid a flurry of dealmaking, Goldman Sachs scooped up just over $3.6bn in revenues from advising on deals and underwriting debt and equity offerings. By comparison, the top investment banking earner among the European banks was Barclays with $1.2bn.

Part of the gap is down to the US accounting for just under half of all M&A deals so far in 2021. But US banks also reaffirmed their dominance in European investment banking.

In the first six months of this year, the four highest earning investment banks from European deals, according to Refinitiv data, were American: JPMorgan, Goldman, Citigroup and Morgan Stanley. All except for Goldman have grown their market share.

Last summer, BNP Paribas’s investment bank reported one of its best ever quarterly results, as the French lender set out its stall to become the dominant force in Europe.

But a year on, revenues at BNP’s corporate and institutional banking business have fallen nearly 10 per cent, compared with its blistering second quarter in 2020, although they were still up 20 per cent on the same period in 2019.

Earnings shift from trading to advisory

While 2020 saw volatile markets push trading revenues to record levels, this year earnings have been driven by M&A and capital markets activity.

Corporates and private equity groups have released pent-up interest in dealmaking as trillions of dollars in government stimulus prop up asset prices, while companies rush to lock in cheap financing ahead of rate rises as the pandemic abates.

This helped cushion a steep decline in fixed-income trading, which was down about 40 per cent in the second quarter, as markets normalise after chaotic dislocations at the start of the pandemic.

However, Citigroup analyst Andrew Coombs has warned that the good times might not last. Profitability at Barclays, where advisory revenues surged 160 per cent, has been “boosted by impairment reversals and a strong investment banking backdrop, both of which are unlikely to prove entirely sustainable”.

Income at Credit Suisse has declined across the board as the bank struggles to contain the fallout from the collapse of Archegos Capital, which led to $5.5bn in losses and the closure of $10bn of supply chain finance funds linked to controversial financier Lex Greensill.

Banks put aside billions of dollars to cover potential loan defaults at the height of the coronavirus pandemic in the first half of 2020. New accounting rules force them to take losses as soon as they see a danger of a loan defaulting, rather than waiting until borrowers run into trouble.

However, government support measures have kept actual defaults much lower than expected, while macroeconomic forecasts have repeatedly been revised upwards.

The trend has benefited banks across the board, but lenders in Europe have remained more cautious than their US counterparts. The largest US banks began reversing provisions as early as January and they have continued in subsequent quarters.

JPMorgan alone has written back more than $8bn since the start of the year. British banks were the first to follow, with three of the four largest lenders announcing writebacks after the first quarter and all four reversing some provisions in the second quarter.

In mainland Europe, however, most major banks have continued to increase the size of their provisions, albeit at a much slower rate than last year. 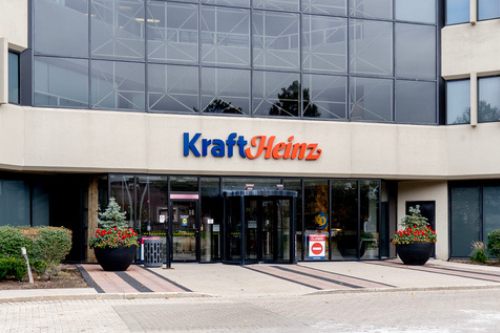