Raleigh, N.C. — Testimony started Monday in a civil lawsuit against a man who was once North Carolina’s largest political donor but is now serving federal time for trying to bribe the state’s insurance commissioner.

Greg Lindberg’s own insurance companies, taken over by the state several years ago, sued him in Wake County Superior Court, accusing him of funneling company cash to himself. Lindberg himself monitored proceedings virtually Monday, from the prison camp in Alabama where he’s serving more than seven years.

The testimony was dense and technical as attorneys set the stage for their attempt to unwind the would-be billionaire’s complex business arrangements. They want Superior Court Judge Graham Shirley to force Lindberg to live up to a memorandum of understanding he signed with the companies in 2019 and repay loans his insurance companies made to other businesses he also owns.

That MOU is the crux of the case. The four companies, with a state-appointed rehabilitator calling the shots, argue it was a binding agreement never lived up to, which endangered other company investors and people who bought annuities from the companies but may never get their promised return.

Lindberg’s legal team says the MOU was simply an “agreement to agree,” not an enforceable contract.

Lou Hensley, formerly chief executive of Lindberg’s insurance businesses, testified Monday that he couldn’t recall how many of Lindberg’s businesses insurance company cash went to. He said many of those businesses were further engaged in transactions with each other and that it was difficult to get an accurate snapshot of them at a given time.

“It was virtually impossible,” Hensley said Monday. “It was always changing.”

Lindberg and his legal team have acknowledged his investment strategy was complex, but he denies any wrongdoing. He said last year that the lawsuit is “filled with inaccurate and reckless allegations.”

There are indications federal investigators are also interested in Lindberg’s web of investments. Filings from this civil case, unsealed last year, show that the state-appointed rehabilitator overseeing the insurance companies received a federal subpoena probing the potential of financial fraud.

The FBI and federal prosecutors in the Western District of North Carolina, where the subpoena was issued, have declined comment. It’s not known where that inquiry stands, but the Western District is also where Lindberg was prosecuted last year on separate bribery charges.

Insurance companies generate cash flow from monthly premiums, and Lindberg took those premiums and invested them in other companies he owned.

This is not unusual in the insurance business. What’s unusual is how often he did it. The industry standard is to invest up to 10 percent of holdings in these “affiliated companies,” according to industry experts, regulators and testimony offered Monday at trial. More is considered risky. 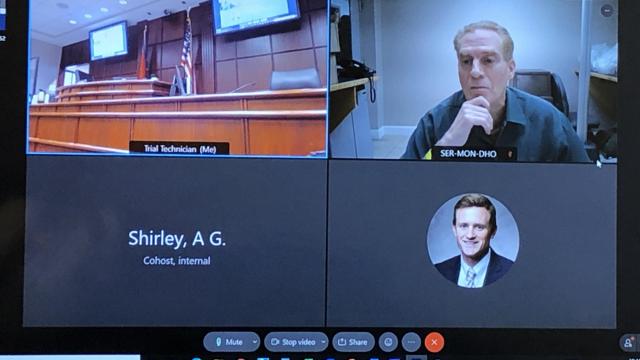 At one point, Lindberg’s companies invested 40 percent in affiliated businesses, something former Insurance Commissioner Wayne Goodwin’s administration signed off on when Lindberg moved his businesses to North Carolina.

Goodwin lost his re-election bid in 2016, and he worked briefly for Lindberg as a consultant after that. Lindberg was also a major campaign donor, but Goodwin has said repeatedly that he never took any action in return for contributions, that he cooperated with federal investigators and that he was never a target of their inquiry.

In early 2019 The Wall Street Journal published a deep-dive into Lindberg’s empire, suggesting that insurance premiums invested through shell companies helped finance his lavish lifestyle. Among his holdings at the time: The most expensive private home ever bought in Raleigh and a 214-foot yacht called the “Double Down.”

This was all before Lindberg was indicted, and eventually convicted, of trying to bribe state Insurance Commissioner Mike Causey, who had defeated Goodwin in the 2016 elections.

Causey’s team pressed Lindberg and his companies to substantially cut their affiliated investments, and Lindberg offered campaign contributions if Causey would get a particularly bothersome regulator off his back.

He also lobbied the state legislature to change North Carolina law in a way that would have let him keep holding more money in these investments, but the effort was unsuccessful.

There were 11 attorneys in the courtroom Monday as the civil case, Southland v. Lindberg, got underway. Behind them, 33 binders of depositions and other evidence filled nearly more than half a courtroom bench or were lined up on the floor.

The companies, Southland National, Bankers Life, Colorado Bankers Life and National Reinsurance, said in court filings earlier in the case that they face a potential shortfall of more than $1 billion and that policy holders could see “severe losses” from the annuities the companies sold.

State insurance regulators said Monday the companies have more than 262,000 policy holders, including about 6,000 in North Carolina.

Lindberg asked repeatedly to attend the trial, which may last several weeks, in person and to be let out of prison to attend a memorial service for his father, who died recently. The federal Bureau of Prisons denied his request, as did the judge in his federal criminal case in North Carolina and another federal judge in Alabama.

In one of the filings, Lindberg included letters of support from multiple people​ he’s doing time with, who said he’s teaching an entrepreneurship class at the prison.

To a man, they sang his praises.

“He’s a pillar in the community,” one wrote. “Even though I’ve known him for a short period of time, I believe that he deserves a second chance. … The world awaits his return. Hopefully you will digest this letter and set this positive energy force named Greg Lindberg free.”

Correction: An initial version of this post gave incomplete figures for the number of policy holders these companies have. The numbers have been updated.

Deutsche Bank's UK boss says she wants investment banking graduates in the office 5 days a week, even as the company moves to flexible working