Dr. Robert J. Stokes graduated with a Master of Arts in Anthropology from Eastern New Mexico University in 1995 and is now the chair of the ENMU Department of Anthropology and Applied Archaeology. He was recently named the book reviews editor for the Arizona Archaeological and Historical Society’s (AAHS) Kiva editorial team.

Tell us about your role as book reviews editor and how you were selected.

I’ve published three articles in Kiva over the years and know they rely a lot on volunteers to keep the society and journal going, but often require a presence in Tucson, where they are based. I saw an announcement in their monthly newsletter looking for a book reviews editor, which didn’t require being in Tucson, and so I applied for it. After an interview, I was selected by the Board, and I am excited at this opportunity to serve the AAHS and their highly regarded peer-reviewed publication. My term runs from June 2021 through June 2023.

What does it mean to you to be selected as book reviews editor? What are your goals for the role?

I am looking forward to my term as book reviews editor and am excited to be able to contribute to the success of the AAHS. Each year there are so many new publications covering archaeology and anthropology topics that many go somewhat unnoticed. I am hoping to provide two to four new book reviews per issue of Kiva (there are four issues each year) so that Kiva readers can see what is new in archaeology each year. I am also hoping to include some cultural resource management publications as well, as long as they are available for purchase.

What sparked your interest in archaeology?

The summer before my junior year, I took a geology field trip and an archaeology field school and realized that I was much more interested in anthropology as a major and so switched to it from geology. I had a lot of catching up to do, though, with regard to required classes!

I worked with several cultural resource management companies in Arizona from 2000 to 2014, after which I moved to Santa Fe to become the New Mexico State Parks archaeologist responsible for the cultural resources in 35 state parks. I left State Parks in 2018 to come to ENMU as an assistant professor.

What drew you to your position at ENMU?

The opportunity to teach undergraduate and graduate classes, including those in my specialty areas (like ceramic analysis and Southwest archaeology), and to run summer archaeology field schools.

What do you enjoy the most about your job?

The interactions with students and the ENMU community in general in the smaller school setting we have here; you get to know more people than you might at a large university. I also like running field and lab research projects.

What goals do you have for your position?

My immediate goals are to attain tenure and become an associate professor followed by a full professorship and to begin a large multi-year archaeology field project in southwest New Mexico. I believe a big project like that will attract new students to the Anthropology Department and will provide a wide range of research opportunities for them.

Which courses do you teach?

What is your favorite thing about ENMU?

I like the compact, easy-to-walk campus and the resources available, including a variety of food and coffee choices!

Tell us about your research.

I just finished a summer field school at a small vandalized rockshelter near Las Cruces that produced a large amount of archaeological material suitable for student research projects and conference presentations, including lithics, ceramics, faunal and perishables. Doing the analyses and preparing reports will take up this and next year, but I am in discussions with the Gila National Forest to begin a multi-year excavation project at a large pueblo site that has been vandalized as well. Over the years, I’ve found that even vandalized archaeological sites can still provide a wealth of important data for understanding the ancient peoples who lived at them.

Are you involved with any organizations or causes?

I am a long-time member of the Society for American Archaeology, which is the national archaeological organization, and am in several interest/focus groups within it, including Public Archaeology, Public Affairs and Education. I’ve been a member of the AAHS for over 30 years now. I also give presentations on a regular basis to the Grant County Archaeological Society (southwest New Mexico) and provide them opportunities to volunteer on field projects.

What kinds of accomplishments and awards have you earned?

I earned an honor’s certificate at Pitt and the director’s award for excellence while at New Mexico State Parks. I’ve had numerous peer-reviewed publications and published a book in 2019 and have another in process that should be published in 2022.

Tell us about your background and family.

I am from Pittsburgh, Pennsylvania, but have been in the Southwest since 1991. Many older family members were steelworkers, but my mother worked at the Pittsburgh airport. I have two brothers and three sisters. I have no family here in Portales, but I do have two cats who make sure I get up on time early in the morning (they want their canned food) and greet me at the door when I get home.

Who influences you? Who is your role model?

I don’t really have a role model, but I’ve been lucky to have a lot of people who’ve influenced me over the years. They’ve all had great, positive attitudes towards life in general and my profession specifically. As a result, I always try to have a positive attitude about work and life and believe that things will work out in the end, even if not in the way originally intended!

What are your hobbies?

I enjoy easy, peaceful hikes in the forests of New Mexico and walking along beaches. I also like old-time movies, especially 1950s and 1960s Sci-Fi movies!

Where are your favorite places you have traveled?

I enjoyed traveling to Egypt and Peru the most of the places I’ve gone with an archaeological theme, but I think Glacier and Yosemite National Parks are my favorites here in the U.S. We traversed a mountain glacier in the Canadian Rockies, and I hope to travel to either Greenland or Antarctica someday.

I enjoyed learning how to rope climb and rappel off the sides of cliffs with the Lincoln National Forest back in the 90s. We then did a project that required rappelling into a 60-foot-deep sinkhole in the Guadalupe Mountains!

I’ve been lucky to have had so many positive role models during my academic years, both peers and professors, which continued in all of my professional positions as well. I try to emulate that with students here at ENMU and encourage them to keep a positive attitude and look to the future and all the exciting things in store for them.

Dr. Stokes and Scott Nicolay at Mares Rockshelter site in 2021. 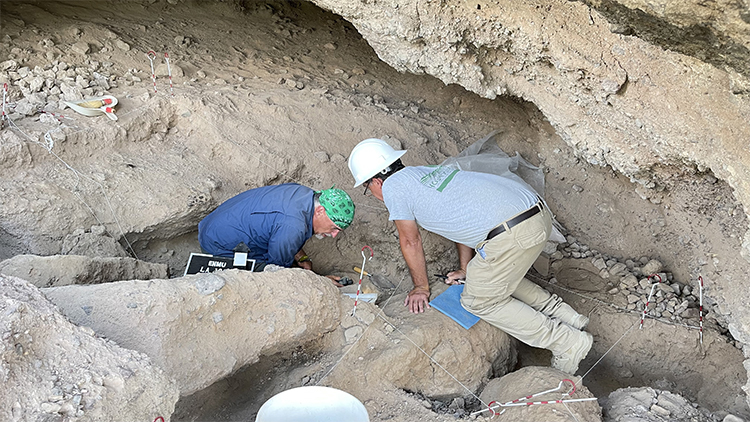 Thu Aug 12 , 2021
Oregon’s status as a wine industry leader holds strong as signs point to recovery. In 2019, the Oregon wine industry had its most successful year on record, with retail and wholesale profits up 12% and 13% respectively. Despite only making up 1.2% of wines produced in the United States, and […] 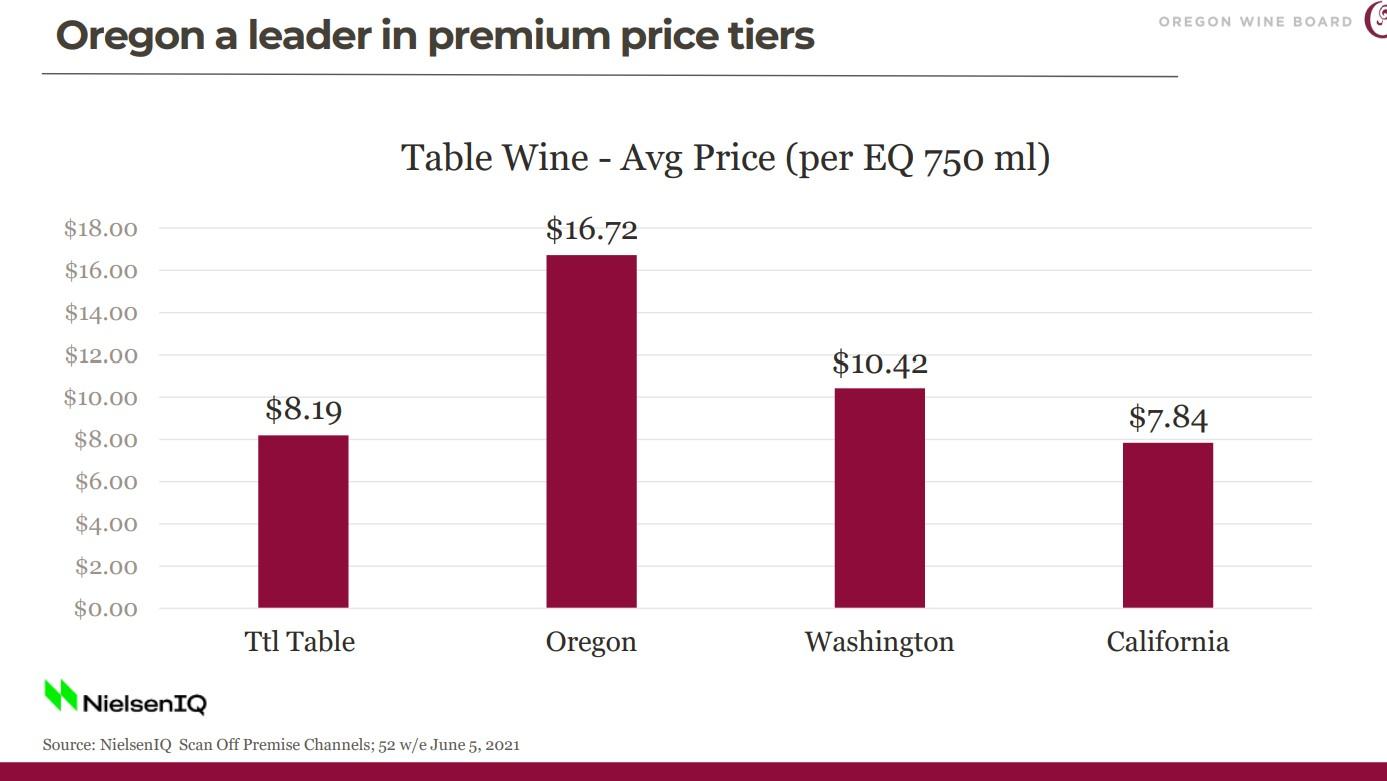