Analysts and experts are warning of many years of instability across Africa, possibly leading to wars and political upheavals, as the economic impact of the Covid-19 pandemic deepens across the continent.

Though many of the likely consequences are yet to become evident, recent unrest in southern Africa, increased extremist violence in the Sahel and growing instability in parts of west Africa can all be attributed in part to the outbreak, observers say.

However, there has also been strong leadership and effective action by large organisations that provide hope that the worst effects of the pandemic may be avoided.

“It is a story in two parts,” said Dr Comfort Ero, the Africa programme director at the International Crisis Group. “In the first chapter, the continent appeared more resilient in the face of the pandemic than many more developed parts of the world. There were lots of concerns that it would all go to hell but it didn’t. The next chapter may see all the things that didn’t play out in 2020 beginning to reveal themselves.”

More than 7m cases and 180,000 deaths have been recorded in Africa, totals that most researchers believe are significant underestimates.

Though many have been encouraged and inspired by the response of African countries to the pandemic, led by the newly created African Union’s Centres for Disease Control and Prevention, the economic effects of the pandemic have been drastic.

One recent international study found that Covid-19 may hit Africa harder than any other recent global crisis, including the 1997 Asian financial crisis, the 2008 Great Recession, and the Ebola outbreak of 2014.

Ahunna Eziakonwa, the director of the United Nations Development Programme’s regional bureau for Africa, said African countries had been disproportionately hit by the economic shock from Covid-19.

“There is a faster recovery elsewhere because money is being poured into the system. The continent is at a big disadvantage. Many African countries are still lifting the key basic things, people out of poverty, providing basic eduction and health services. Now spending and investment are drying up and that translates into distress and destitution,” Eziakonwa said.

Some observers describe a historic divergence between the developed world and Africa as normality returns in Europe, the US and much of the Asia Pacific region, while African economies falter and populations remain without vaccine for years to come.

Kristalina Georgieva, the managing director of the International Monetary Fund, warned in June of “a two-track pandemic … leading to a two-track recovery.” She said: “Africa is already falling behind in terms of growth prospects. It is a human tragedy and an economic calamity.”

The IMF projects that the global economy will grow by 6% this year, and the African economy by only 3.2%. Inflation is soaring in many places, with food prices in Nigeria increasing by almost a quarter since the start of the pandemic, pushing 7 million people into poverty. The World Bank said the pandemic had pushed up to 40 million people into extreme poverty, even before a third wave of Covid infections broke on the continent between May and July.

In South Africa, 1 million jobs are thought to have been destroyed by a month’s hard lockdown last year, and there has been a significant rise in reporting of hunger among citizens of Africa’s most industrialised nation. In Nigeria, a severe depression has caused the graduate unemployment rate to surge to more than 40%.

One particularly badly hit sector has been tourism. Before the pandemic, Africa had the second-fasting growing tourism sector in the world, contributing 8.5% of the continent’s GDP and employing 24 million people. “It’s been really hard. We’ve had nothing for more than a year,” said Boniface Kenn, a Tanzanian guide.

The economic damage inflicted by the outbreak will make it harder for governments to fulfil the aspirations of increasingly globalised youthful populations, will exacerbate tensions in places where competition for scarce resources already causes conflict, and could force some authoritarian regimes to reinforce repression to head off widespread dissent.

“The pandemic has been a major destabilising force,” said Nic Cheeseman, a professor of African politics at Birmingham University. “It will disrupt some democracies and some autocracies, but all governments will struggle with unsustainable debts and less income, and that is simply not being highlighted at the moment. The reality is that Africa’s Covid crisis is yet to come.”

In the Sahel, the economic impact of the pandemic has further weakened administrations that were already struggling to find resources for security forces, and has aggravated tensions between communities that have helped Islamic extremists make inroads in recent years. Across the region, as elsewhere on the continent, trade routes have been blocked, investments abandoned, and the flow of the remittances from overseas workers and the diaspora on which millions depend for everything from school fees to food has been significantly reduced. Overseas aid is also likely to be reduced. Local and national elections have been postponed due to the virus, raising tensions and causing instability.

“People have nothing to lose any more. When they are on the edge, they are that much more given to being violent or being instrumentalised by politicians who exploit their anger, and that is a clear and present danger,” said Eziakonwa, who co-authored a UN study on the impact of Covid on the continent.

There are tensions too in Ghana, long seen as a paragon of democracy and stability in west Africa, while an outbreak of vandalism and looting in July in South Africa, one of the most unequal countries in the world, was exacerbated by the pandemic, experts say.

“A million people lost their jobs [in South Africa] last year and Covid definitely increased hunger. So there are a lot more desperate people. The lockdown had a very negative effect on the economy and that is definitely contributing to the number of people involved in looting,” said Gareth Newham, the head of justice and violence prevention at the Institute for Security Studies, Pretoria. “The trigger was economic sabotage, then there was opportunistic looting for personal gain and by local criminal networks too.”

Much of the unrest in South Africa was instigated by supporters of the jailed former president Jacob Zuma, who sought to exploit the deteriorating economic context in the country for political ends. But analysts say the violence was a foretaste of the instability the Covid pandemic may leave in its wake, threatening autocratic and democratic government.

“The concern is that South Africa is a harbinger of what is to come on the continent. It is going to be uneven but the overall picture looks terribly worrying,” said Ero.

Protests have gathered strength in Eswatini, Africa’s last remaining monarchy, where public sector salaries have gone unpaid for months, and repression and ostentatious consumption by elites has prompted anger.

“We are fighting for democracy, freedom, jobs, and for food. We are fighting a liberation struggle,” said a 26-year-old student leader in Eswatini, who requested anonymity for fear of arrest.

Eziakonwa said any increase in malnutrition and the likely diversion of resources from immunisation programmes as a result of the Covid-19 outbreak would have a significant impact on young people and infants.

“It will take children’s lives and that will be unbearable,” she said.

Fri Aug 13 , 2021
San Francisco-based Newfront Insurance has announced the appointment of David Juelfs as a principal and employee benefits producer. Juelfs (pictured above) joins Newfront from Gallagher. He specializes in alternative funding strategies and developing wellbeing programs that improve the mental and physical health of employees and reduce medical costs. Employee benefits […] 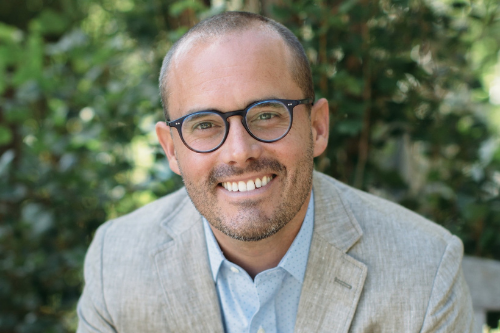