FORT WORTH, Texas — American Airlines is canceling extended leaves for about 3,300 flight attendants and telling them to come back to work in time for the holiday season.

And American plans to hire 800 new flight attendants by next March, according to an airline executive.

The moves are the latest indication that leisure travel in the U.S. is recovering more quickly from the pandemic than airlines expected.

Byrnes said cabin crews who are coming back from leave will return to flights in November or December.

Last year, American offered long-term leaves of absence to flight attendants and other employees to cut costs while it struggled with a steep drop in travel caused by the coronavirus outbreak. Other airlines did the same thing. Now they need people.

Delta Air Lines CEO Ed Bastian said this week that his airline expects to hire between 4,000 and 5,000 workers this year. Delta plans to add 1,300 reservations agents by this fall to reduce long waits on hold for customers who call the airline. It’s also adding customer service, cargo and airport workers and plans to hire more than 1,000 pilots before next summer.

When the pandemic hit, the number of people flying in the U.S. plunged below 100,000 on some days, a level not seen in decades. This year, it has climbed from less than 700,000 a day in early February to 2 million a day in July.

Sun Jul 18 , 2021
Fakespot’s online shopping review tools as seen on the company’s website. (Fakespot Image) Fakespot, a mobile app that analyzes customer reviews on Amazon and other online retailers, disappeared from Apple’s App Store on Friday following a complaint from Amazon that the service was misleading to customers, harmful to sellers and […] 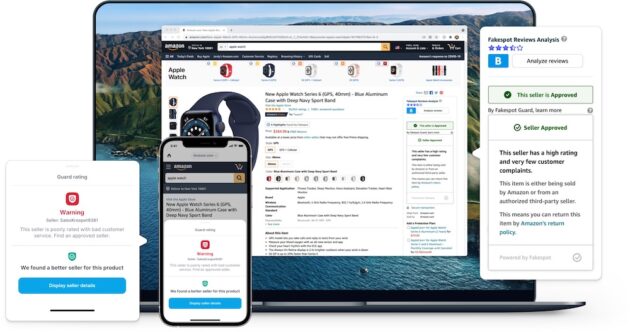