Five people were fatally shot and 16 others were injured since Saturday in Milwaukee as summer gun violence in the city ramps up.

For about a year, officials have stressed that more guns appear to be on the streets and are being used to escalate arguments. Acting Police Chief Jeffrey Norman said Monday the weekend violence represented a “confluence of poor conflict resolution and firearms,” along with a recent uptick in domestic violence incidents.

Two of the four fatal shootings this weekend occurred on Milwaukee’s east side.

On Saturday a 31-year-old man was fatally shot about 1:40 a.m. in the 1300 block of North Water Street, near the popular bar district, police said.

WTMJ-TV reported “seas of people” were gathered on Water Street on the warm night. Some ran from the area upon hearing gunshots.

About four hours later, Craig A. Nalls, 51, of Milwaukee was fatally shot in the 4700 block of North 37th Street in the Old North Milwaukee neighborhood, police said.

Police have said the circumstances that led to both shootings are under investigation. They have not arrested anyone in either shooting.

Then, about 6:15 p.m. Saturday in the 1900 block of North Farwell Avenue, police believe a 25-year-old man shot a 21-year-old woman and then killed himself.

A power outage on the east side that occurred around the same time as that shooting was not related despite its proximity, a We Energies spokesman said. Crews believe a squirrel may have caused the outage. Power was out for just under an hour and affected several stoplights in the area.

Then on Sunday, a 23-year-old woman was killed about 12:45 p.m. in the 1500 block of North 22nd Street in the Midtown neighborhood, police said. The circumstances that led to the shooting are under investigation, police said. They have not arrested any suspects.

The 23-year-old was one of three women shot within a span of two hours Sunday afternoon. The other women, ages 24 and 30, were injured in separate shootings, police said.

Police later said an investigation found that the 30-year-old’s injuries were self-inflicted, but did not release further details.

More:‘We’re part of a club we don’t want to be part of’: Milwaukeeans commemorate victims of gun violence with drive-by memorial

Two Racine men, ages 21 and 27, were among those injured. Police said the two men were shot around 2 a.m. during an argument downtown in the 500 block of North Water Street.

Also struck by gunfire this weekend was a 9-year-old Milwaukee boy. Police said he suffered a minor injury in the 2700 block of North 40th Street and was taken to a hospital. Police would not say what led to the shooting.

Milwaukee police also reported that they had arrested a 31-year-old man on suspicion of firing shots at an officer early Saturday morning in the the 2200 block of North 39th Street.

The officer, who held the rank of sergeant and has spent 16 years on the force, was not injured. Police expect to recommend criminal charges to prosecutors in the coming days.

Milwaukee police are also investigating a triple shooting on Monday, occurring on the 4600 block of W. Leon Terrace. A 30-year-old Milwaukee man died from his injuries and two other people were brought to the hospital with injuries. Both remain in stable condition. Police are seeking unknown suspects.

Roughly two hours later, a 66-year-old Milwaukee woman was shot while sitting in her vehicle. The shooting occurred on the 6700 block of N. 76th Street. She was transported to the hospital and remains in stable condition. Police are seeking unknown suspects.

In response to the spate of violence, police in a statement said public safety is the department’s No. 1 priority.

“The Milwaukee Police Department is committed to working with our community and system partners to continue to build sustainable neighborhoods free of crime that are built on positive relationships,” the statement reads.

Police also asked for the public to contact them about any of the weekend’s incidents.

Members of the Milwaukee Office of Violence Prevention’s 414LIFE team have been engaging residents in parks and near nightclubs, helping de-escalate situations and offering resources on avoiding conflict.

And Milwaukee County has launched a program to deploy mentors into the community, connecting with young Milwaukeeans involved in the criminal justice system or who are at high risk of becoming involved.

Arnitta Holliman, the new director of the Office of Violence Prevention, has urged the use of gun locks to prevent shootings and protect children from accessing loaded weapons.

The City of Milwaukee, in partnership with the nonprofit WestCare Wisconsin, offers free gun locks. The gun locks can be picked up at WestCare, 335 W. Wright St., and all three Health Department clinics located at 3200 N. 36th St., 7630 W. Mill Road and 1639 S. 23rd St.

For more information on the gun lock giveaway, call the city’s Office of Violence Prevention, part of the Health Department, at (414) 286-5468.

The Sojourner Family Peace Center in Milwaukee operates a 24-hour confidential hotline at 414-933-2722 and offers assistance with e-filing for restraining orders at 414-278-5079.

Diverse & Resilient, which serves the LGBTQ community, operates the “Room to Be Safe” resource line at 414-856-5428 and has online resources at roomtobesafe.org.

The Hmong American Women’s Association, which serves the Hmong and southeast Asian community, has advocates available at 414-930-9352 from 8 a.m. to 4:30 p.m. Monday through Friday. The WI Hmong Family Strengthening Helpline is available after hours at 877-740-4292.

The National Domestic Violence Hotline can be reached at 800-799-7233. For a list of domestic violence resources across the state, go to endabusewi.org/get-help/.

Thu Jun 17 , 2021
Two children enjoy the swings at a Merrimack Valley Day Care facility. (Courtesy photo) Staff shortages are hamstringing childcare businesses just as their services are in high demand as the pandemic wanes, the tourist season takes off, bosses pressure workers to return to the office and the state cuts supplemental […] 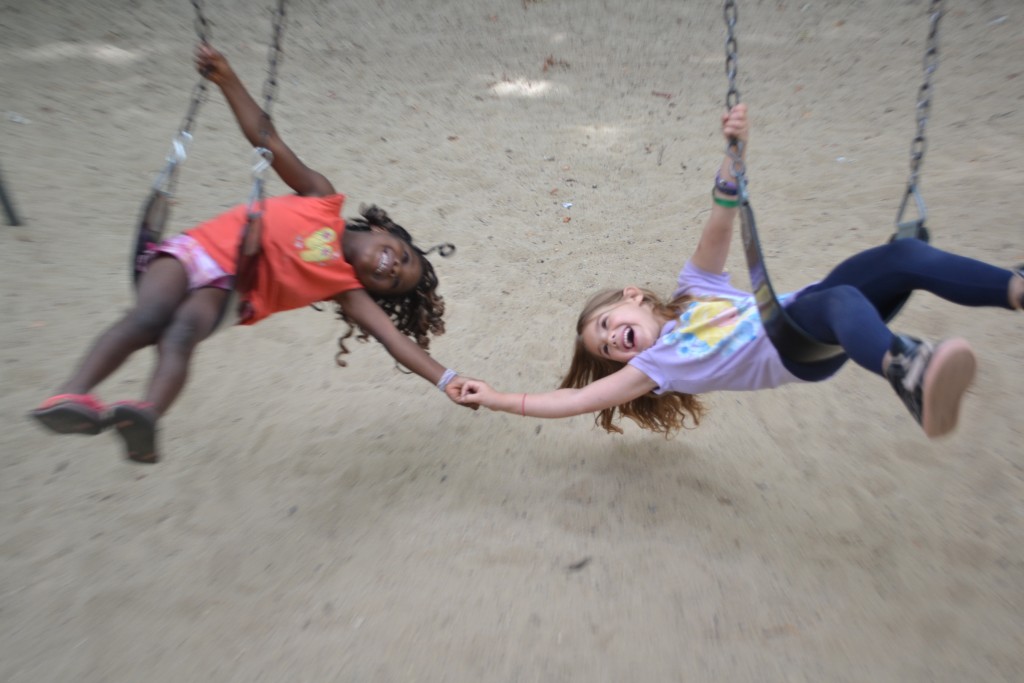