One wouldn’t necessarily realize it by watching the market tick-by-tick in August, but there are several cracks starting to emerge in corporate America that could hint at a more muted finish to the year for equities.

But first, the good.

Earnings growth rates for S&P 500 companies have averaged 88.8%, tracking at the fastest clip since the fourth quarter of 2009, per FactSet analysis.

Now, about those red flags — or cracks in the market’s armor — which come compliments of closely watched Bank of America strategist Savita Subramanian.

First, mentions of inflation on corporate earnings calls has continued to accelerate. Thus far in the second quarter reporting season, inflation mentions have surged 1,100% year-over-year. Labor inflation is being mentioned the most, followed by supply chain inflation, as companies scramble to find workers and raw materials to service an economy recovering fast from the pandemic.

Such a sequential acceleration in inflation mentions by executives suggest it will remain an issue well into 2022 and likely a headwind to profit growth.

And that brings us to red flag number two: weakening profit margin outlooks.

Subramanian notes consensus margin expectations for the second half will moderate and expects net margins to reach 12.6% in the third quarter (it hit 13% in the second quarter) and 12.5% in the fourth quarter.

“If cost pressure continues to accelerate, we could see more downside risk in second half margins,” warns Subramanian.

Amid that gloomier outlook for profit margins, corporate sentiment appears to be peaking — our red flag number three here.

Brian Sozzi is an editor-at-large and anchor at Yahoo Finance. Follow Sozzi on Twitter @BrianSozzi and on LinkedIn.

Thu Aug 12 , 2021
4 Communication Stocks To Check Out In August 2021 With the increasing concerns of the coronavirus situation, communication stocks could be back in focus in the stock market. After all, we live in a world where communication technologies are essential in our daily lives. Any inability to get in touch […] 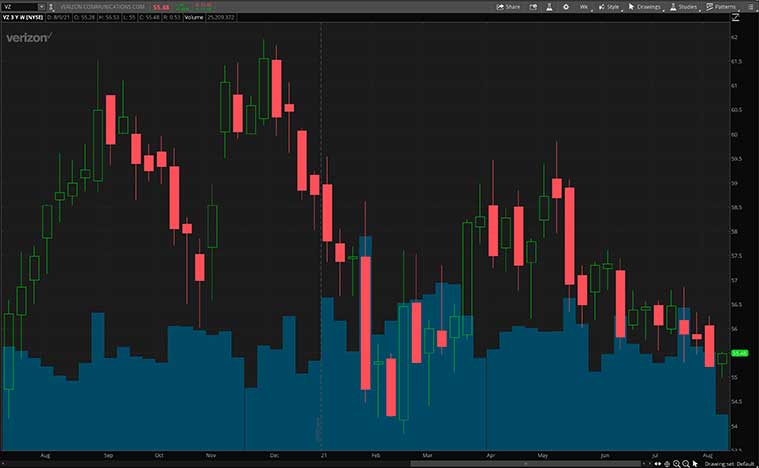