A whale of a tale

The show: WHAT for Kids! presents “The Tale of Ibis,” written and directed by Jody O’ Neil

What it’s about: A talented young cast uses puppets, cardboard cut-outs, and just a touch of dramatic irony to recreate the inspiring true story of the successful whale-entanglement rescue that played out in Provincetown in 1984.

See it or not: The actors dramatize this harrowing true tale in a fun, accessible way that should appeal to young audiences. Still, the show is a tad short at just under 40 minutes. (Perhaps O’Neil and collaborators could add a scene or extend the early section in which the quirky cast members trade wisecracks before they tell Ibis’s story?)

Highlight of the show: Paige O’ Connor’s hysterically funny performance in not one, but two roles. As Ibis, the eponymous whale who survives an almost fatal encounter with a fishing net, she’s deliciously over the top. As Ocean, the master of ceremonies, she delivers her witty one-liners with aplomb.

Fun fact: The play, originally created for the Provincetown Center for Coastal Studies, is based on John Himmelman’s 1990 children’s book “Ibis: A True Whale Story,” which retold Ibis’s rescue.

Worth noting: Gage Anderson is hilariously clueless as Rafael, an enthusiastic yet hapless Ibis enthusiast. In one especially memorable exchange, Rafael wonders aloud what a Walkman is, and Ocean patiently reminds him that they were all the rage in 1984 when people still used cassette tapes.

One more thing: $2 of each ticket will benefit the Center for Coastal Studies Entanglement Fund, which was established in response to the effort to free Ibis in 1984.

A comic twist to Shakespeare tragedy

The show: “The Seussification of Romeo & Juliet,” by Peter Bloedel; directed by Karen Hepinstall

What it’s about: The famous Shakespeare tragedy about lovestruck teens (John O’Meara and Alana Hartsgrove) whose future is complicated by their feuding families is told through comedy and Dr. Seuss-like rhymes and cadences. Since this is a lighthearted family show with whimsical costumes and sets, expect some key changes to the classic tale.

See it or not: The hourlong show is cleverly, poetically, sometimes tongue-twistingly written and imaginatively staged and acted as a fun diversion, with wacky touches — a balloon duel — likely to charm elementary-schoolers and up.

Highlight of the show: Director/actress Hepinstall’s vision extends to her designing and constructing the costumes, and the colorful, fanciful, Seuss-inspired wigs and attire immediately create the don’t-take-anything-seriously tone. Mark Roderick’s bright sets continue that theme.

Fun fact: This Academy of Performing Arts production has been a year in the making, with the set ready since July 2020 for an envisioned online version that got stopped by technical and COVID-19-related complications.

Worth noting: Delightful purple-wigged narrators Emma Taylor and Frankie Schuman keep reminding us that this show is not connected to the real Dr. Seuss, with no official endorsement. But if you’ve read Seuss, the style will feel familiar.

One more thing: You might need to explain some of Bloedel’s early-21st-century references and language choices to the younger crowd, with mentions of “Seinfeld,” a PC computer, “the pits,” “hot mama” and the like.

The show: “Sleeping Beauty, Briar Rose,” written by Max Bush, based on the stories by Charles Perrault and the Brothers Grimm

What it’s about: This slightly updated version of the familiar tale about a sweet and sleepy princess, handsome prince and prickly and perilous spinning wheel is spiced up a bit to suit modern tastes. There’s a pair of bumbling palace guards (Shiloh Pabst and Tess O’Leary), a delightfully evil wood sprite Erdu (Gracie O’Leary) and just the right touch of drama from the reader/Fairie Queen (Carryl Lynn).

Highlight of the show: It’s outside on the company’s new outdoor stage. So there’s the feeling that the setting — a forest glade —just continues endlessly. Talk about feeling like you’re part of the show! Little ones in the audience might as well be up on the stage with the sweet and winsome princess (Olivia Thompson) and brightly costumed wood sprites.

Fun fact: In this version, Erdu is a stand-in for the villain par excellence Maleficent, who generations of youngsters have loved to hate (and adults have simply loved for her glorious wickedness) in the Disney version of this story.

Worth noting: The fairies’ bright, satiny costumes offer a wonderful contrast to the muted tones of the set. And sprite Saru (Trenton Hatch) does some wonderful bits with a bright blue cape, making it look like flowing water.

One more thing: This is the company’s 70th summer season, which it is terming its Renaissance Season, in recognition of its return from a period of semi-hibernation during the pandemic. It’s so great to see Cape theater waking up and stretching its limbs.

A comedy that takes on bigotry

The show: “The Cake,” by Rebekah Brunstetter, directed by David Drake

What it’s about: This 2019 comedy is about a Bible-quoting North Carolina baker who reconsiders her longtime beliefs and her marriage after the daughter of her deceased best friend requests a cake for her wedding to another woman.

See it or not: The 90-minute script and production explore the ideas of identity and bigotry, and a topical controversy, with sometimes laugh-out-loud humor and touching earnestness.

Fun fact: Townies Cabral and Leahy are married in real life, and their comfort with each other lends depth and likability to characters whose politics likely differ from many in the audience.

Worth noting: Fred Jodry creates a fun and memorable character only by voice as the flirty yet judgmental host of a reality baking show in Della’s fantasy life.

One more thing: Ellen Rousseau’s confection of a set for the outdoor, park-like Playhouse in the Parking Lot (which she also designed) is all bright colors and cartoon-like images, with ingenious “beds” tucked into drawers that slide out to create non-bakery locations.

Adventure on the high seas

On the new “garden” outdoor stage at Wellfleet Harbor Actors Theater is “Shipwrecked! An Entertainment — The Amazing Adventures of Louis de Rougemont (as Told by Himself),” by Donald Margulies. The epic tale was inspired by the true story of adventurous Louis de Rougemont telling Victorian London about his bravery and survival on the high seas with exotic islanders, flying wombats, giant sea turtles and a monstrous man-eating octopus.

Comic chaos and lots of sardines

Cape Rep Theatre is staying outdoors, too, repurposing the Outdoor Theatre usually used exclusively for family shows into an evening-under-the-stars experience for adults. With what promises to be an intriguing set, the company will present the farce “Noises Off,” the on- and off-stage antics of a hapless theatre troupe whoever more desperately tries to stage a British romp.

An exploration of unexpected fatherhood

Guggenheim Fellow Lew’s slice-of-life comedy about parenthood is based in part on personal experience, and was originally commissioned as part of Audible’s Emerging Playwrights Fund. It will star Andy Lucien (on stage: “City of Conversation” and “The Last Seder”; on TV: “The Blacklist” and “Daredevil”); and Ali Ahn (Broadway’s “The Heidi Chronicles” and off-Broadway’s Twelfth Night”; TV’s “Raising Dion,” and “NeXt.”)

Shows are online at 7 p.m. July 8 and 10, with audience talk-backs at the end to help develop the play. Tickets and information: http://capecodtheatreproject.org.

Who gets the inheritance?

Actors at Chatham Drama Guild are staging Ken Ludwig’s “Leading Ladies,” which they’d planned to produce in summer 2020. The plot is about two English actors who learn a wealthy American woman is dying and looking for her lost family members and decide they just might fit the parts.

The story of a life

Martha’s Vineyard Playhouse in Vineyard Haven is staging “Every Brilliant Thing,” written by Duncan Macmillan with Jonny Donahue. Scott Barrow stars in the three-decade story of a boy who tries to cure his mother’s depression by creating a list of the best things in the world. The playhouse describes the show as “a heartbreaking and hilarious immersive theatrical experience that takes us on a life-affirming journey.”

A celebration of Linda Ronstadt

The musical revue “Silver Threads” is subtitled “A Rockin’ Tribute To Linda Ronstadt,” and will be the first indoor show at Cape Cod Theatre Company/Harwich Junior Theater since the pandemic shutdown. Sonia Schonning, Marcia Wytral and Sara Sneed — accompanied by a band led by musical director Robert Wilder — will explore the Ronstadt songbook through the decades.

Fairy tales fractured and smooshed together

Cotuit Center for the Arts will use its new outdoor stage to present the family-friendly “The Brothers Grimm Spectaculathon,” written by playwright Dan Zolidis. The WatermelonAlligator Theatre Company will seek to combine all 209 Grimm stories — from famous tales like “Snow White” to obscure ones like “The Devil’s Grandmother” — for a fast-paced comedy with lots of audience participation that moves from “once upon a time” to “happily ever after.

A mouse at the movies

The world premiere of writer/director Holly Erin McCarthy’s “The Fantastical House of Maya Mouse” will set up a summerlong residency at Cape Rep Theatre’s outdoor stage to tell the story of a mouse who would rather stay home and watch movies than go to the beach. Then she can’t turn the movies off when her house is plunged into a cinematic universe, with giant and noisy objects, aliens and other foes to fight.

Shows are at 10 a.m. Wednesdays and Thursdays July 14-Sept. 2 on the outdoor stage at Cape Rep Theatre, Route 6A, East Brewster. Tickets ($12) and information: 508-896-1888 or www.caperep.org. Masks and social distancing will be required.

A visit with a legendary singer

For the first of two outdoor shows this summer, Cape Playhouse will present “Lady Day at Emerson’s Bar and Grill,” revisiting one of singer Billie Holiday’s final performances in 1959 Philadelphia. A dozen musical numbers are combined with reminiscences about Holiday’s life.

Wed Jul 7 , 2021
DALLAS, July 7, 2021 /PRNewswire/ — With a pandemic raging, events shuttering, businesses struggling, Fifth Element Group said enough is enough: Time to disrupt. As an influencer in the events space, President Aaron Kaufman knew the time was ripe for a gathering of minds to discuss long-term improvements to how […] 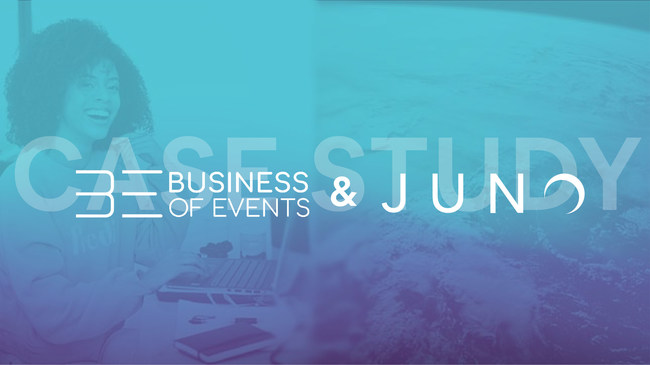